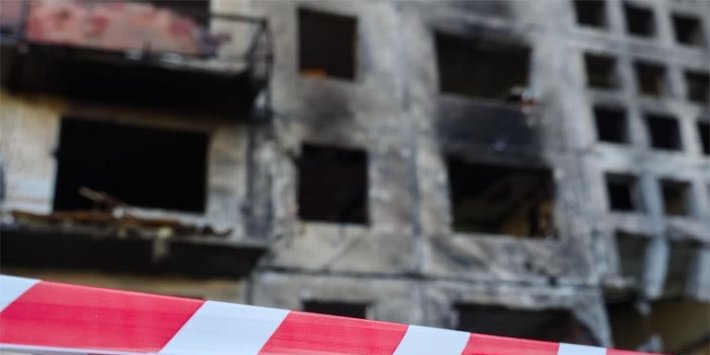 Defence Minister James Heappey said he doesn’t know how the Russian ambassador to the United Nations sleeps at night after he denied that the Kremlin was to blame for the bombing of a Ukrainian theatre where hundreds of civilians were sheltering.

Russia’s ambassador to the UN, Vasily Nebenzya, this morning told Sky News “the theatre in Mariupol was not bombed by Russia” and accused western governments of disinformation.

Speaking to Sky News on Friday morning, however, Heappy said Vladimir Putin’s culpability was as “clear as day”.

“I don’t know how the Russian ambassador sleeps at night because he stands there and says that to your correspondent when it is clear as day what is happening in Mariupol,” he said.

“The Russians are indiscriminately using artillery and missile strikes to destroy a city that they were unable to take militarily and the resistence that remains there is courageous”.

Up to 1,000 people were believed to be sheltering in the theatre in the Ukrainian city of Mariupol when it was hit during a Russian airstrike on Wednesday. The word “children” was written in large letters on the ground outside the theatre prior to bombs being dropped on it.

Rescue workers have been removing survivors from the rubble in the days since the attack, with Ukrainian politician Ludmyla Denisova saying the theatre was able to “withstood the impact” of the bombardment and protect those inside.

Heappey said Putin was deploying the “barbaric tactic” of launching indiscriminate attacks on Ukrainian civilians having failed in his plan to take over the country in just a matter of days.

“What it looks like they’re going to try to do is encircle these cities and use artillery and missile strikes in order to force the Ukrainians into submission,” he said.

“The Ukrainians show no sign of doing that and that’s to their enormous credit.”

Heappey said Mariupol, a city of nearly half a million people in southern Ukraine, had been worst impacted by Russia’s onslaught and the city the government is most concerned about.

In a separate interview with BBC Breakfast, the minister stressed that while Russia is still “making no real progress” in its objectives, it has brought “unimaginable suffering” to Mariupol as well as the cities of Kharkiv and Sumy.

“The Russian tactics is to launch artillery indiscriminately into the cities and to not really care apparently who is underneath the artillery when it falls,” Heappey said.

While the minister was speaking, media watchdog Ofcom announced that it revoked the license of Kremlin-backed TV channel Russia Today to operate in the UK with immediate effect.

“We do not consider RT to be fit and proper to hold a UK licence and cannot be satisfied that it can be a responsible broadcaster,” an Ofcom spokesperson said.

MPs including Labour leader Keir Starmer and Labour MP Chris Bryant, who has been vocally pushing for stronger retaliatiary measures against Putin, had been urging Ofcom to remove the channel, formerly known as Russia Today, from the UK network following Moscow’s invasion of Ukraine.