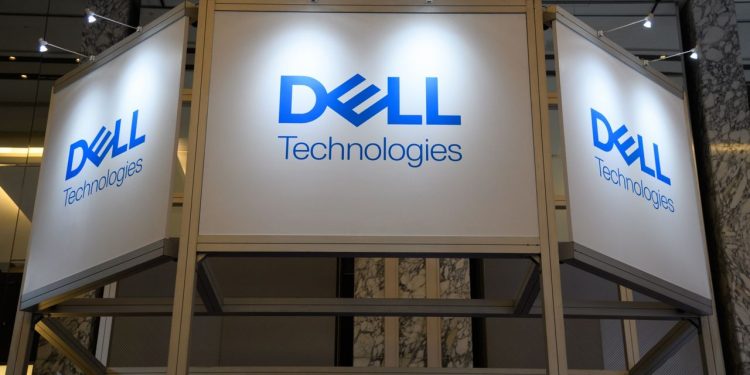 
Dell Technologies Inc. shares closed at a record high Monday after being dubbed “compellingly inexpensive” by an analyst.

stock to outperform from market perform Monday, boosting his target price to $72 from $63 and writing of several potential catalysts for the maker of personal computers. Shares gained 3.3% in the session to close at $59.88, nearly a dollar higher than the previous record close, which was $58.91 on Dec. 7, 2021.

While Sacconaghi sees general signs of a slowdown in Chromebooks, he notes that Dell has a better business mix than some of its rivals in the personal-computer segment. The company is less exposed to Chromebooks and gets roughly 75% of its revenue from corporate business, by his estimation, whereas he pegs the broader industry’s mix at closer to 50%.

Dell also has three “structural advantages” over many of its rivals, in Sacconaghi’s view, including its “broader solution set” that allows for better cross-selling. Further, the company’s scale allows for “greater purchasing heft,” and its distribution model affords more flexibility to tweak pricing.

Sacconaghi sees potential in Dell’s storage business, which has been “relatively flat” in recent quarters but could capitalize on “an elevated backlog and a mainframe cycle.” This part of the business is of key interest to investors, he noted, given that it accounts for roughly 16% of revenue but about 30% of profit.

He calculates that Dell has approximately $6 billion to $8 billion in excess cash, which the company could use for a “more aggressive” approach to paying down debt or buying back shares. Doing so could boost the company’s fiscal 2023 earnings per share by an additional $1, per his math.

Then there’s the possibility that Dell could do away with its supervoting share class. While he notes that Chief Executive Michael Dell shared at a Bernstein conference that the company had no plans to eliminate the supervoting shares, Sacconaghi still sees it as a possibility—and argues that such a change could win Dell’s stock more favor with investors and index providers.

“It is possible that some investors might put a discount on Dell due to the company’s dual-class share structure, which gives Michael Dell majority voting power and excludes Dell from being included in major indexes,” he wrote.

Sky Bet welcome bonus – Claim £20 in FREE BETS when you stake just £5 on football, cricket, golf or anything else