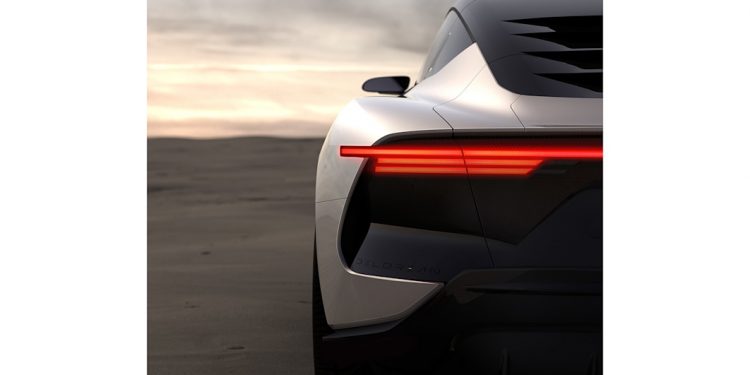 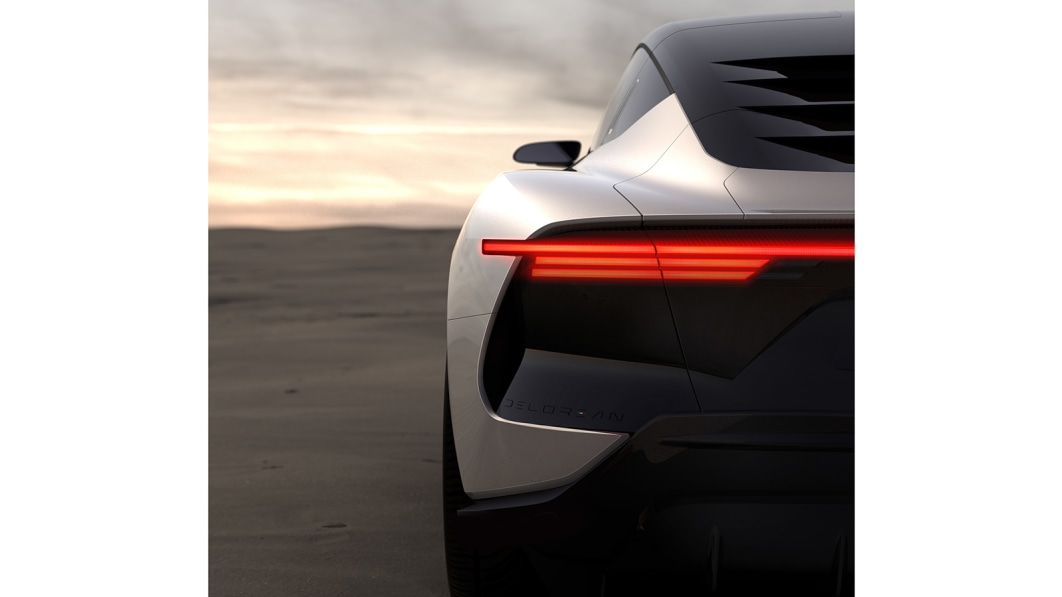 DeLorean Motor Company has released a second teaser image of its upcoming EV sports car, and it gives us our clearest look yet. While the first teaser emphasized the gull-wing doors based on the original DMC-12, this one gives us more of an idea what the rest of the car looks like, and it’s not much like the original.

The new DeLorean’s shape is much more fluid and organic than the crisp, angular DMC-12. The rear quarter windows appear to blend in with the door windows, rather than clearly separated. The roofline tapers inward toward the rear of the car, and the taillights are thin red bands instead of blocky rectangles. In some ways, from the angular lines to the pixel-like taillights, the Hyundai Ioniq 5 almost seems more DMC-12-inspired.

That’s not to say there aren’t any nods to the stainless steel icon. The car features a silver paint scheme with a black rear bumper area that faintly recalls the original. The DeLorean logo appears in the lower left-hand corner, too, this time with an Italian flag accent, likely a nod to Italdesign, which collaborated on the car. Furthermore, it still features louvres over the rear window. And as we’ve seen, it has the gull-wing doors.

We’ll see the whole car in just a few months. The company confirmed the car will be revealed during the week of the Pebble Beach Concours, specifically on August 18. It will also be on display at the golf course’s Concept Lawn, which means that some kind of full-size model, if not a functioning vehicle, will be displayed, not just a render.