Demand For Houses Is Way Up. Are First-Time Buyers Driving It There? 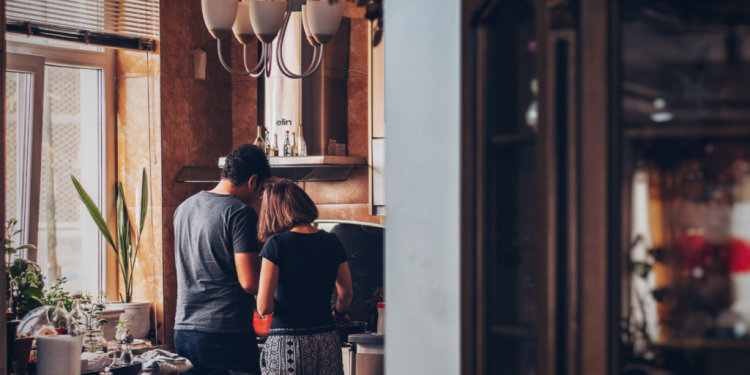 
The share of first-time homebuyers was up last year but far below the runup to the housing crash of 2008, according to NAR’s Profile of Home Buyers and Sellers. What’s happening?

In the immediate aftermath of the housing crash of 2008, government tax credits helped propel first-time buyers to their greatest share of home sales in at least four decades.

But when those credits expired, that share plummeted — and first-time buyers have yet to return to their typical historic levels.

Even the latest boom in housing demand has been largely driven by repeat buyers, although first-time buyers have made modest gains, according to the National Association of Realtors’ most recent Profile of Home Buyers and Sellers.

First-timers made up 34 percent of the homebuyers surveyed in 2021. That’s a three-point jump from 2020, but roughly on par with what NAR has recorded each of the previous four years.

It’s not for lack of trying. Hopeful first-time buyers may well be entering the homebuying process in greater numbers than in years past. But the same is true of repeat buyers, who come armed with more cash, more experience on the market and less exposure to risks that could set them back on the home search.

“As home prices increase, generally first-time buyers are hit hardest because they have no previous home on which to draw equity,” Jessica Lautz, NAR vice president of demographics and behavioral insights, said in a news release. “Furthermore, in the current environment, these buyers also face soaring rent prices and high student debt balances, which makes it extremely difficult to save for a down payment.”

Meanwhile, older cohorts of repeat buyers were older on average in 2021, and were in a position to carry more equity into their next home transaction as prices soared.

And as mortgage rates continue to climb from last year’s all-time lows, it’s unclear how many prospective first-time buyers have missed the boat, for now.

It wasn’t always this hard for first-time buyers.

NAR’s survey goes back four decades. The first time the trade organization released this report in 1981, it found 44 percent of buyers were purchasing their first home. 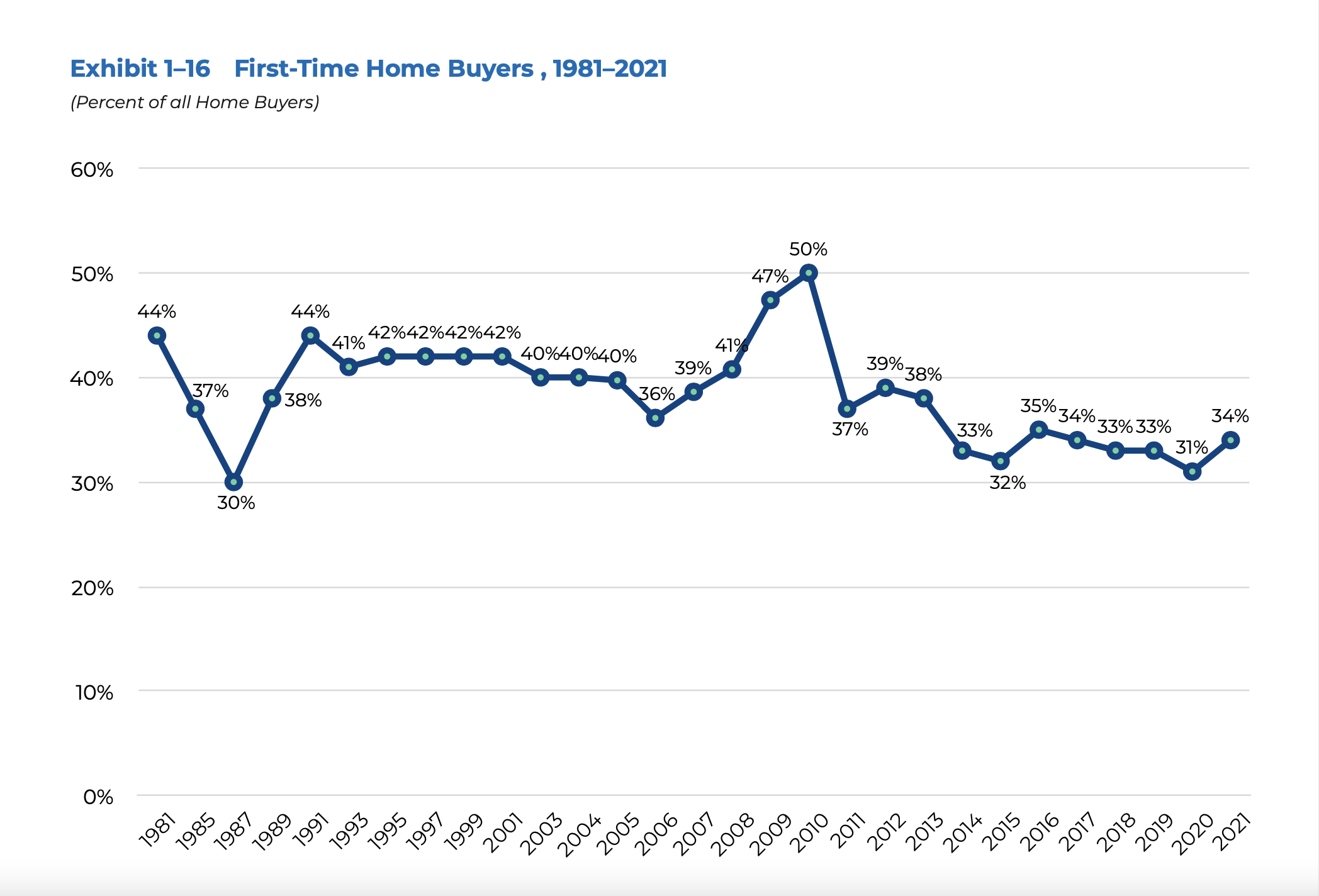 2021 Profile of Home Buyers and Sellers / National Association of Realtors

Repeat buyers have been aging — and growing wealthier. While the median age of a first-time buyer stayed steady last year at 33 years old, the typical repeat buyer’s age reached an all-time high of 56.

More than half of repeat buyers said they used equity from their previous home sale toward their down payment — a luxury first-time buyers simply don’t have.

Roughly 3 in 10 first-time buyers said saving for the down payment was the toughest step in the homebuying process. A significant share of first-timers said family or friends assisted with their down payment, offering gifts or loans to help them close the gap.

More than half of first-time buyers said they had to cut back on their lifestyle to prepare for the home purchase. This often came at the expense of spending on entertainment, clothing and luxury goods, NAR’s survey shows.

Still, the typical down payment from a first-time buyer was 7 percent. The typical repeat buyer was able to cover 17 percent of the purchase price in cash.

This made first-time buyers more reliant on financing than repeat buyers on a year when mortgage lenders were juggling a larger number of refinances, according to Zillow’s most recent Consumer Housing Trends Report.

“Mortgage buyers were 50% more likely to report facing at least one denial before ultimately being approved in 2021 than they were in the previous year,” the report reads.

First-time buyers were also at a disadvantage in household income. In NAR’s most recent survey, half of first-time buyers made at least $86,500 in 2020. That’s more than the typical U.S. resident, but significantly less than the typical repeat buyer. Half of repeat buyers reported making $112,500 that same year, up from $106,670 the previous year.

As home prices continued to climb and mortgage rates rose in the final months of 2021, wages across much of the country failed to keep up with housing costs, according to a report from Attom Data Solutions.

If that trend continues in the coming months, first-time buyers may find it difficult to gain ground.