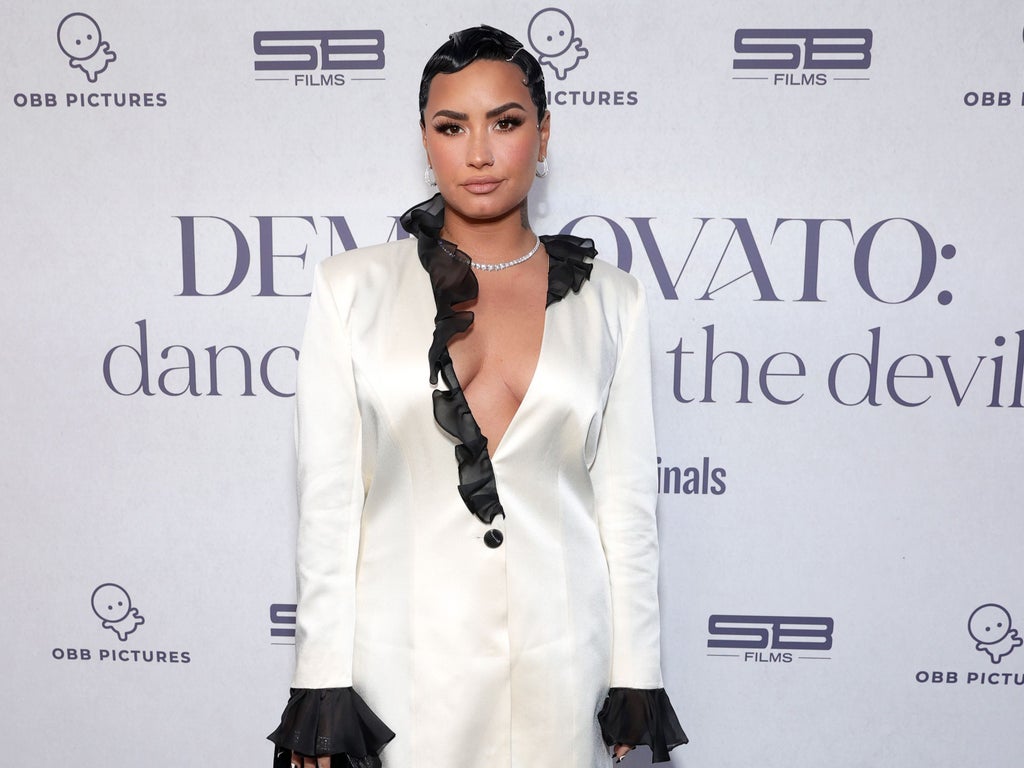 Demi Lovato has opened up about their journey towards self-acceptance and why that eventually meant cutting their hair.

The singer, who previously announced they had decided to use gender-neutral pronouns after coming out as non-binary, spoke with Jane Fonda about recognising their identity, and their decision to change their appearance, during an episode of their 4D with Demi Lovato podcast.

According to the 28-year-old, the decision was one largely influenced by a desire to shed gender norms imposed by the patriarchy, with Lovato recalling how they had attended a friend’s slam poetry show and identified “profoundly” with the performer, who did not identify as either male or female.

“I think it came in two tiers for me. I think the first tier was going to a friend’s poetry slam show that I identified so profoundly with, because they were talking about not conforming to genders and identifying not as male or female,” Lovato told Fonda. “And when I heard their take on that, I identified with it so much that I thought to myself: ‘Oh, there’s something here. There’s something that I’ve never known about my entire life but it’s clicking now. And I need to research this, I need to do more work, I need to sit with it.’

The realisation eventually inspired the Sorry Not Sorry singer to cut their hair short, which they first unveiled in November of last year.

“The reasoning behind me cutting my hair off was because I was shedding all of the gender norms that have been placed on me growing up female in this world,” Lovato continued. “I just always found that men were at the root of pushing their agendas on me to be a sexy pop star, to whatever would make other people the most money. And I had to break that mold because I had to find the freedom for myself in order to survive, to live.”

Lovato then went on to explain to Fonda, who was wiping away tears, how their drug overdose in 2018 inspired them to live their life authentically.

The admission prompted praise from the 83-year-old actress, who described what Lovato was saying as “so brave”.

“What you’re saying is so brave. It’s so, so brave, I wish I could hug you right now,” Fonda said.

At the time, Lovato revealed that, since they “stripped” themselves of the “norms that society has pushed on me, specifically by the patriarchy,” they have felt both complete and happy.

“I have become the most complete and authentic version of myself that I’ve ever been in my life, and I’ve never been happier,” they said.

Lovato shared that they are non-binary in a video posted on 19 May, in which they also revealed their decision to change their pronouns.

“I feel that this best represents the fluidity that I feel in my gender expression, and allows me to feel most authentic and true to the person I both know I am, and still am discovering,” they said at the time.