Derick Dillard: Jim Bob Duggar Forced Jill to Talk to the Media About Being Molested By Josh 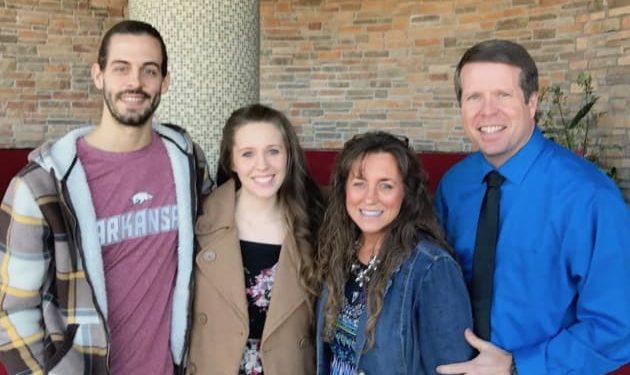 Earlier this week, we reported on the news that a lawsuit filed by four Duggar sisters had been dismissed following five years of legal wrangling.


The suit was filed in 2017 by Jill, Jessa, Joy-Anna, and Jinger Duggar, all four of whom were molested by their brother Josh Duggar during their childhood.


The sisters alleged that police in Springdale, Arkansas had violated their rights by releasing Josh’s police records in 2015.


The defendants countered that they were merely complying with a Freedom of Information Act request filed by In Touch magazine.


On Wednesday, Judge Timothy L. Brooks made the surprising decision to dismiss the Duggars’ case just two days before a scheduled settlement hearing.


The hearing would have been the sisters’ last opportunity to reach a settlement with the defendants before going to trial.


Public reaction to the news has been split, as sympathy for the girls has been tempered by the feeling that their anger at the police would be better directed at the brother who victimized them and the parents who helped him cover up his crimes.


Critics of the Duggars’ were quick to accuse the family of hypocrisy, noting that Jill, Jessa, Jim Bob, and Michelle all granted interviews to Fox News shortly after the news of Josh’s crimes went public.


“The problem comes when you get on with Megyn Kelly and get paid for an interview about the situation you think was smeared,” one person tweeted at Derick this week.


“These people will do anything for the privilege and the cash,” another person replied.


Perhaps not surprisingly, these remarks drew a strongly-worded response from Derick.


“Please don’t comment about things you know nothing about,” Dillard replied.


“We were not paid a single cent, and the whole ordeal was borderline duress/coercion,” he added.


“We weren’t even being paid for the show that we had to film tens of hours per week for, so what makes you think we would have received any pay or perks from this?”


“The opposite is true, it’s devastating. So think before you speak.”


Dillard probably has a point, as we’ve known for several years that Jim Bob pocketed his kids’ earnings during their time as reality TV stars.


It wouldn’t make much sense for him to be suddenly generous with regard to the interview rights, so it’s safe to conclude that Jill and Jessa didn’t receive a dime for their damage control efforts.


Derick’s comments come on the heels of a joint statement that appeared on the Dillards’ website Thursday afternoon:


“While we appreciate the hard work the Court has put into our case and we highly respect the Judge, we are disappointed with the ruling that the City and County’s statutory immunity protects them from our claims,” the couple wrote.


“It is unfortunate that bad actors, under the guise of public service, are given a license to intentionally inflict pain without regard for innocent victims.


“Immunity exists to protect public servants in the event of human error. It is not to be used as an excuse to cause intentional harm,” the Dillards continued.


“We appreciate the hard work the Court has put into our case and feel vindicated by the fact that the Judge recognized that the law was clear that the records never should have been released.


“As the Court so poignantly put it, “[i]f the question is whether Defendants were ignorant of the law or grossly negligent in its application, the answer is:  Absolutely.”


It’s true that the judge conceded that police should not have released the records to In Touch.


He determined, however, that the defendants thought they had no choice but to comply with with FOIA.


And since the Duggar sisters needed to prove malicious intent in order to have a valid suit, this misinterpretation of the law did not constitute sufficient cause to proceed with a trial.


The Dillards concluded with a powerful statement about victims’ rights:


“This should have never happened, and we hope this never happens again to anyone,” the couple wrote.


“It is what compelled Derick to change careers and pursue law school in the first place, and we will continue to fight for victims’ rights.


“[Victims] have been blamed, shamed, and bullied into silence for too long, so why are we surprised that perpetrators continue to be emboldened while victims are punished for their voice.


“This needs to change, and only then can victims become survivors.”


It’s unclear at this time if the sisters plan to pursue any additional legal action against the Springdale police.


We’ll have further updates on this developing situation as more information becomes available.