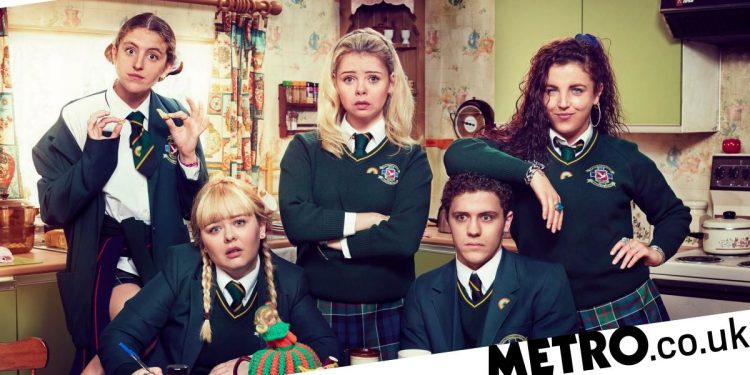 
Lisa McGee has teased Derry Girls fans with details of storylines which never made it into the final season of the hit show.

Derry Girls’ third and final season is currently underway on Channel 4, and fans are struggling to cope with the end being nigh for the comedy set in Derry amid The Troubles.

Lisa took to Twitter to reveal some of the episodes fans will never get to see, including Erin putting on a school play.

She revealed: ‘In the run up to the end of Derry Girls I want to share some stories that didn’t make it.

‘Number 1: Erin writes a reimagined version of Romeo and Juliet which she thinks is mind blowingly original ( Juliet is a catholic and Romeo is a Protestant).

‘The casting is decided by a class vote. Orla bags the role of Romeo and Erin is horrified when the role of Juliet goes to ….Drum roll please Sister….Jenny Joyce…’

Fans wanted to know more about the episode, tweeting: ‘That’s incredible. Did you ever write that script? If so could we pretty please read it?’

Lisa replied: ‘I’d love to share all the scenes at some point In the future when I have time if the fans want to see them.’

One fan tweeted her: ‘Is this a hint at a movie / another season? So much material for more. Last nights episode was sheer class. The Pippa reference had me buckled over laughing.’

Another suggested: ‘Derry Girls go to Uni? Queens and Jordanstown, bedsits in the Holy Land.’


MORE : Derry Girls creator admits including Spice Girls’ Union Jack dress ‘would not have been okay’ after gang’s iconic routine