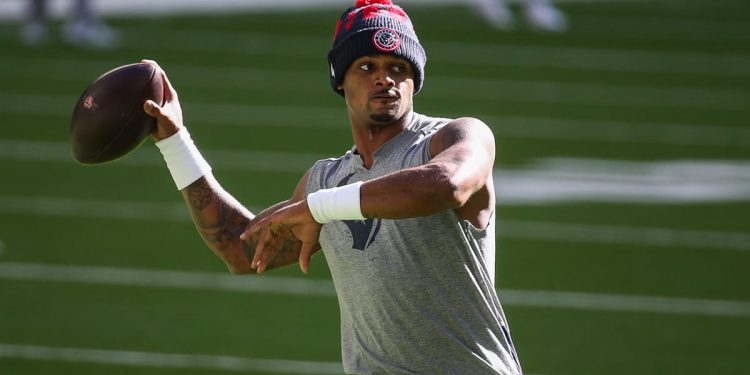 Editor’s note: This story contains accounts of sexual assault. If you or someone you know is a survivor of sexual assault, contact the National Sexual Assault Hotline at 1-800-656-4673 or at https://www.rainn.org

The terms of the trade that sent Deshaun Watson from the Texans to the Browns have changed, according to ESPN and NFL Network.

Watson still faces 22 active civil lawsuits that include graphic accounts of sexual harassment and assault. The accounts range from Watson allegedly refusing to cover his genitals to forcing women to put his penis in their mouths.

A grand jury recently returned nine “no” bills on nine criminal complaints against Watson, and a Harris County prosecutor said it concluded the criminal proceedings against him.

The same day the grand jury returned the bills, Watson reportedly invoked the Fifth Amendment when being deposed in the civil suits hearing. But he reportedly answered questions under oath several days after the criminal proceedings concluded.

On Sunday, Tony Buzbee, the lawyer representing the 22 women who are suing Watson, said not a single NFL team reached out to him prior to Watson being traded to Cleveland. This follows a statement from Browns owners Jimmy and Dee Haslam saying they conducted thorough research on Watson and the civil cases before making the deal.

“Our team’s comprehensive evaluation process was of utmost importance due to the sensitive nature of his situation and the complex factors involved,” they said in the statement.

“General manager Andrew Berry said the team did extensive investigative, legal and reference work over the past several months to provide [them] with the appropriate information needed to make an informed decision.”

The NFL is still investigating Watson for violating the league’s personal conduct policy, and he could still face suspension.

For more Browns news, head over to Browns Digest.