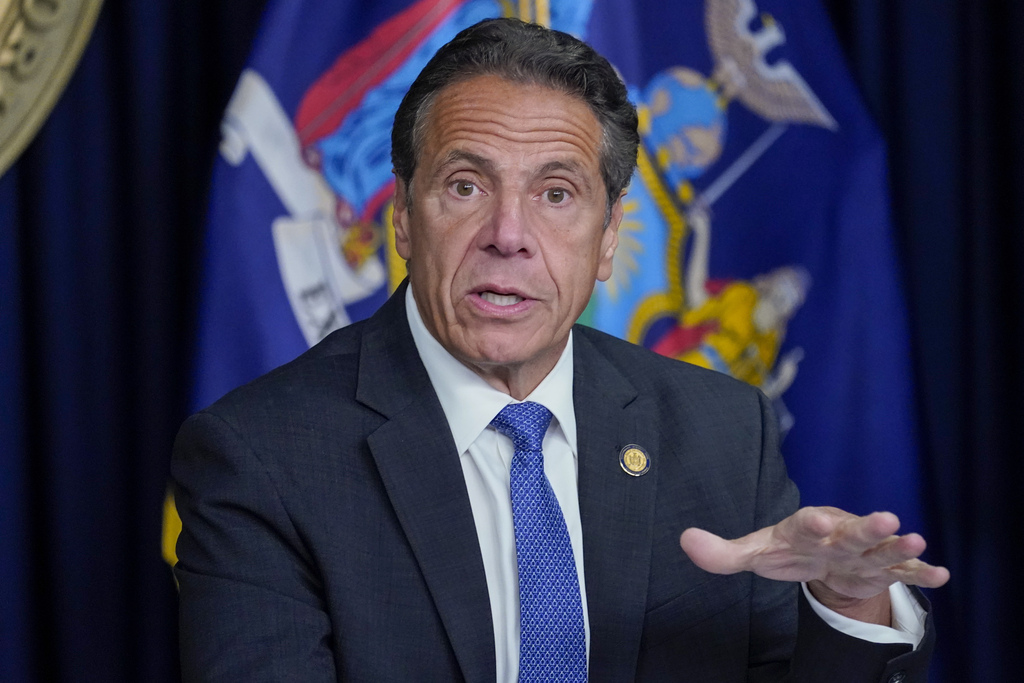 NEW YORK — Former New York Gov. Andrew Cuomo won’t face criminal charges stemming from allegations from two women — including a state trooper — that he planted unwanted kisses on their cheeks, a suburban prosecutor said Tuesday. It’s the latest in a series of decisions about whether a raft of sexual assault and harassment claims against Cuomo will end up in criminal court.

Westchester County District Attorney Mimi Rocah said that while there was evidence to conclude the conduct the women described did occur, she couldn’t bring criminal cases over it.

“In both instances, my office has determined that, although the allegations and witnesses were credible, and the conduct concerning, we cannot pursue criminal charges due to the statutory requirements of the criminal laws of New York,” Rocah said in a statement.

Cuomo had no immediate comment on the decision. The Democrat has denied sexually harassing anyone or touching anyone inappropriately and has said he doesn’t recall touching the trooper.

A number of prosecutors around the state launched investigations after state Attorney General Letitia James, a Democrat, chronicled accusations from 11 women against Cuomo. The August report led to his resignation from office, although he has attacked the findings as biased and inaccurate.

In October, the Albany County sheriff’s office filed a misdemeanor groping complaint against Cuomo, but a week later the district attorney asked a judge for more time to evaluate the evidence.

The district attorney said the sheriff’s one-page criminal complaint, based on allegations from a woman who said Cuomo slid his hand up her blouse and grabbed her breast at the governor’s mansion in late 2020, was “potentially defective.”

At the prosecutor’s request, a court delayed Cuomo’s scheduled arraignment until Jan. 7.

Last week, a Long Island prosecutor said Cuomo wouldn’t face criminal charges after the same trooper as in the Westchester investigation said she felt “completely violated” by his unwanted touching at an event at Belmont Park in September 2019. Acting Nassau County District Attorney Joyce Smith said the allegations were credible and troubling but not criminal under state law.

The alleged Westchester County incident involving the trooper happened outside Cuomo’s then-home in Mount Kisco, according to the district attorney’s office. The trooper told investigators that while stationed in the driveway as part of Cuomo’s security detail in summer 2019, she asked the governor if he needed anything, and he responded by asking her whether he could kiss her.

“I remember just freezing, being — in the back of my head, I’m like, ‘Oh, how do I say no politely?’ Because in my head, if I said no, he’s going to take it out on the detail. And now I’m on the bad list,” she told investigators, according to James’ report.

So, she said, she told him, “Sure.” He kissed her on the cheek, while saying something like “Oh, I’m not supposed to do that” or “Unless that’s against the rules,” she told investigators.
A male colleague told investigators he witnessed the episode, the attorney general’s report said.

The trooper hasn’t been publicly identified. A message seeking comment was sent to a lawyer for her.

In the other incident that Westchester prosecutors examined, Cuomo allegedly greeted a woman by grabbing her arm, pulling her toward him and kissing her on the cheek without asking whether that was OK. She was attending a press conference he gave at White Plains High School in June 2018.

“I smiled nervously afterward. I had to endure comments from people in attendance,” the woman, Susan Iannucci, told reporters at a virtual news conference in August.

Iannucci, a school office manager, said she came forward because she was appalled to see Cuomo use a photo of the encounter in a compilation video that he released to argue that he commonly greeted people with kisses, touches and hugs “to convey warmth.”

A message was sent Tuesday to a lawyer for her.

The Associated Press does not identify people who say they have been sexually assaulted unless they decide to tell their stories publicly.

Poorest in UK have £40 a month less to spare than a year ago, study finds | Family finances