Destiny 2 Witch Queen director is looking at Ascendent Alloy, Wellspring drops and more for Week 2 and beyond 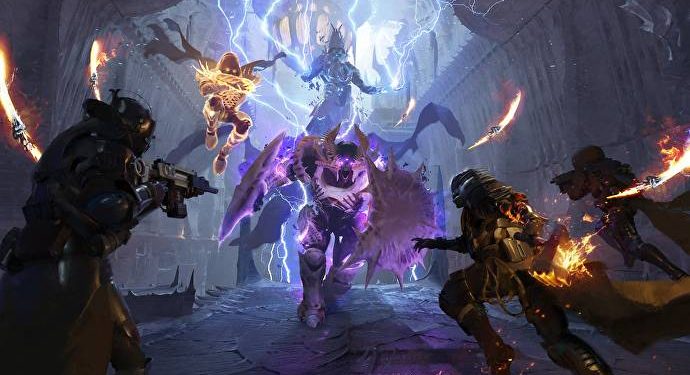 
It’s been nearly a week since the launch of Destiny 2‘s massive Witch Queen expansion, and already the game is in a much healthier place than it was beforehand; players are praising the various updates the title has seen almost universally, and as I’ve already enthused elsewhere, it’s the best Destiny 2 has felt in years – perhaps ever.

But that’s not to say that there aren’t problems. This is a live service game, after all – there are always going to be a few hiccups here and there when it comes to rolling massive content updates out the door.

Last night, Bungie’s game director for Witch Queen – Joe Blackburn – took to Twitter to explain what the studio is looking at improving as we move into Week 2 of the new Season, and beyond.

Perhaps the biggest change coming in the next few weeks relates to Wellspring drops; a cursory look at any of the Destiny 2 community hubs shows that Wellspring drops have been a point of contention for many in the game, and some players have gone through nearly all of the content released in Witch Queen so far without getting even one of the special Deepsight guns they need in order to unlock crafting patters. Yikes. Given that crafting is a huge part of this Season’s selling point, that’s not ideal.

The team’s been playing a lot of Witch Queen. Wanted to give some quick updates on where our head is at with some week 1 reactions. [1/13]


As as result, Bungie will be increasing the drop chances for weapons in Wellspring, and adding ‘bad luck protection‘ too – that’s basically a failsafe that gives you a drop if you go a certain amount of time without getting one organically. That should help fill out your crafting inventory and push forward on your Evidence Board investigations, then.

Elsewhere, Ascendant Alloy drop rates are being revised. Per Blackburn, a patch will arrive in-game on Thursday that will make it easier to nab these rare resources (if you’re playing higher-level activities). If the drops are still too rare, Blackburn has noted that Bungie will continue to monitor and adjust drop rates as the season progresses”.

Otherwise, it seems like the game is in a pretty good shape. “Overall, we are very happy with the smooth launch of the Witch Queen, and now are buckling down to look at how things like Void 3.0 and Weapon Crafting are affecting the rest of the game, so we can start dialing things in to create a solid Year 5 of Destiny 2,” says Blackburn.

Here’s hoping the game remains nice and stable ahead of the launch of the Raid that launches on Saturday March 5 at 10am PST / 1pm ET / 6pm UK.