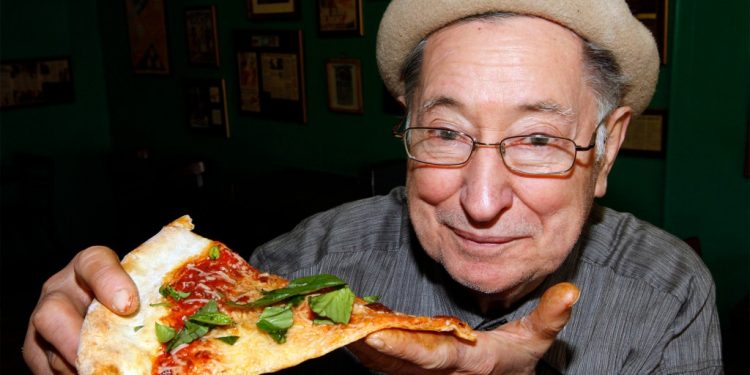 DeMarco’s daughter Margie Mieles shared the news on social media Thursday. “It is with a broken heart that I must share that he has left my mom, my brothers, my sister, myself and all those that loved him because it was his time,” she wrote.

“My world revolved around my dad,” the Di Fara heiress and spokesperson continued. “I worked alongside him since I was a little girl. He was the hardest working man I know and he was a leader and will remain a leader through his legacy.”

The pizzaiolo was the heart and soul of Di Fara, continuing to work up until his last days. Their beloved pizza is owed to DeMarco’s dedication to simplicity and authentic ingredients — and his signature scissor-cut fresh basil and olive oil garnish insisted upon every slice.

DeMarco emigrated from Provincia di Caserta in Italy in 1959 and wasted no time opening the original DiFara Pizza by 1965. As their reputation soared, Di Fara was later dubbed New York’s best slice by chef Anthony Bourdain, Mayor Bill de Blasio and others, including The Post.

Tourists to the storied pizza joint have been known to wait hours for a bite, and a chance to catch a glimpse of the legendary Dom at work. Di Fara Pizza’s impact stretched far beyond the five boroughs as Hollywood A-listers and other influential people made a point of paying them a visit over the years.

“The Wire” creator David Simon waxed poetic on DeMarco’s passing: “When my time comes, I’ll fold arms across chest and breathe a contented last. Thrice in my otherwise misspent life, Domenico DeMarco stood over my pie to clip fresh basil with his big scissors. May his memory be a blessing to all at DiFara’s.”

DeMarco set the bar for up-and-comers in the city’s crowded pizza scene, many owing some of their own inspiration to the “king.”

“You single-handedly turned the pizza world upside down,” wrote pizzaiolo Mark Iacono, who studied DeMarco closely before opening Lucali in Cobble Hill. “You set the standard, and trails of success for so many of us.”

Despite overwhelming demand through the decades, only in recent years had they expanded. First, with an outpost in Las Vegas, then more locally in the Lower East Side and Williamsburg (now closed) — DeMarco preferred to keep his iconic Midwood shop tied to its central Brooklyn roots.

Their aging Midwood shop has faced its fair share of hurdles in keeping with both New York City health code standards, as well as the state’s Department of Taxation.

But the city has always made clear its dedication to Di Fara. After they were slapped for an unpaid tax bill of more than $167,000 in 2019, Gothamist reported, de Blasio said, “I’m ready to do anything I can to get them reopened.”

“He brought a little slice of Caserta from Italy to New York City. His legacy will live on anytime someone picks up a pie from @difara,” he wrote.

DeMarco’s cause of death is unclear. “It is going to come as a shock to many because we chose to keep it private for good reasons,” wrote Mieles in her dedication.

DeMarco’s son Alex told Brooklyn Paper’s Ben Brachfeld that his father has been on dialysis for the last couple of weeks. The store will remain closed this week until further notice.

Jan. 6 defendant set to plead guilty after case is forgotten

Europe’s Covid spike has Biden officials concerned, could lead to return of masks

Europe’s Covid spike has Biden officials concerned, could lead to return of masks