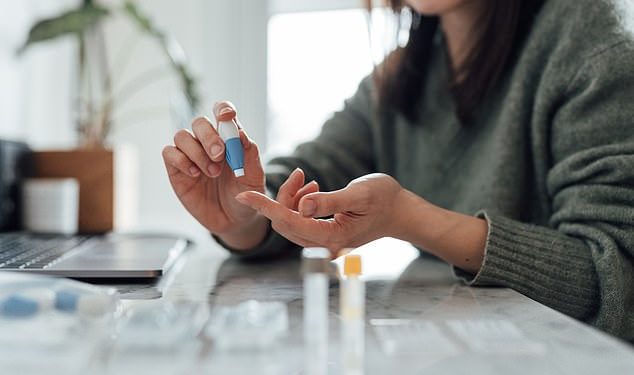 
Diabetes caused by Covid may only be temporary: Half of patients had blood sugar return to normal after leaving hospital and less than 10% needed insulin after first year, study finds

Covid-caused diabetes may be a temporary reaction of the body to the virus, and not permanent development of the disease, a new study finds.

A Boston based research team from Massachusetts General Hospital, Harvard University, and Boston Children’s hospital found that a majority of people that suffer from diabetes after infection has their blood sugar return to normal shortly after infection.

Around 50 percent of patients that had a sudden diabetes diagnosis had their condition resolve after being released from the hospital.

Less than ten percent of patients in the study that required insulin still needed it a year later.

There is also is a chance that many of the people suddenly diagnosed with diabetes when hospitalized with Covid actually already had the condition and just did not know. 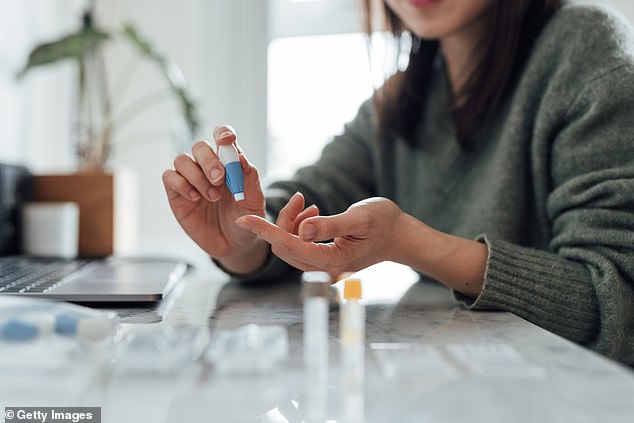 Researchers found the diabetes cases caused by an immune response to COVID-19 often quickly resolved themselves. The small amount of cases that required long term care were likely people who already had diabetes they did not know about, researchers speculate (file photo)

Researchers, who published their findings last month in the Journal of Diabetes and Complications, gathered data from 1,902 Covid patients from the pandemic’s first two waves from March to September 2020.

Patients were also followed up with again in July 2021.

Of the study group, 594 showed signs of diabetes, and 77 had a new diagnosis believed to be related to their Covid infection.

Those 77 patients generally had more severe cases of Covid than the 500 others in the diabetes group, but their blood sugar levels were relatively lower.

Of the 77 people who were diagnosed with diabetes after a Covid stay, 64 survived their infection and followed up with researchers 30 days later, and 26 had their condition regress back to normal blood sugar levels or pre-diabetes.

Among the remaining group, 36 continued to suffer from diabetes, and two were unable to be classified.

After a follow-up nearly a year later, 16 members of the diabetes group were living fine with no need for medication.

Only five required regular insulin to live, while 15 managed their condition using an oral medication.

While it is likely that acute Covid does cause patients to suffer a spike in blood sugar as some sort of inflammatory response, researchers do not believe there is much risk of it being permanent. 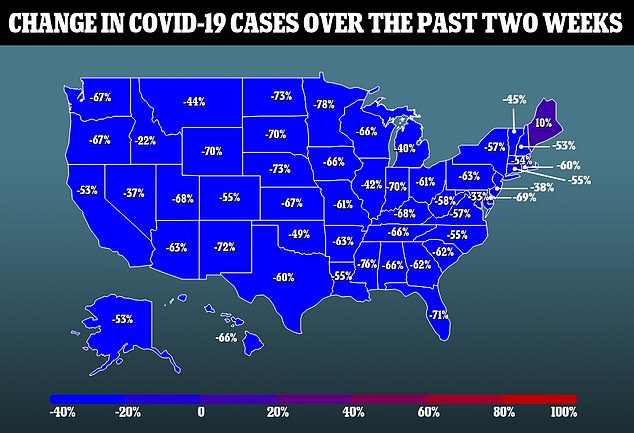 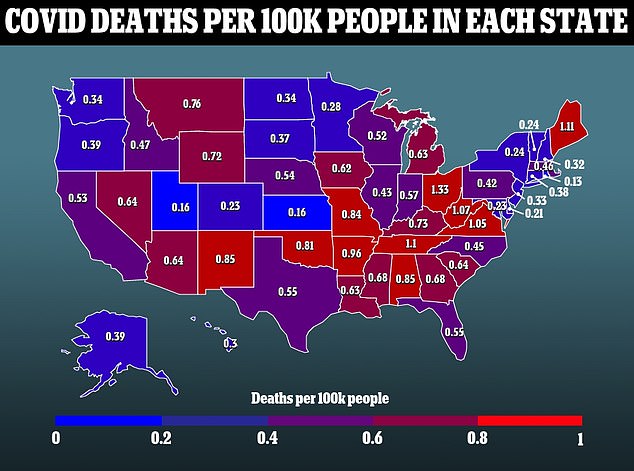 They even imply that many of these people may have had unknown cases of diabetes even before they were infected and only found out once they arrived to a hospital for treatment and had tests run on them.

’10 individuals in this cohort were believed to have [Covid-caused diabetes] by their admitting teams but were found to have evidence of prior hyperglycemia upon detailed chart review, including review of outside hospital record,’ researchers wrote.

People with diabetes are significantly more at risk of severe Covid infection than others, making this suspicion even more likely.

There is also a chance that some of the people suffering from diabetes long-term are among the ‘long Covid’ group, where people feel Covid symptoms long after recovery.

Inflammation-caused symptoms, referred to as multisystem inflammatory syndrome, are among the most common. Researchers believe this diabetes is a cause of the bodies inflammatory response to Covid.