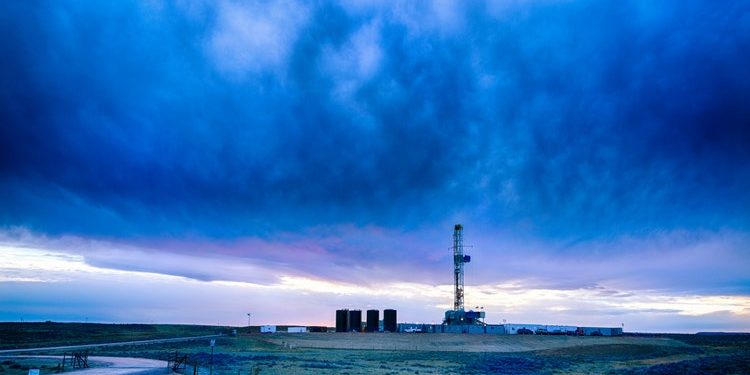 Other issues, such as an unfriendly administration, corporate financial ESG activism, a skills shortage, and other roadblocks may also be relevant. However, these collectively represent just a secondary factor. There is no scenario, aside from perhaps seeing a sustained increase in oil & gas prices to the point where second-tier shale acreage will become profitable, that will stimulate Diamondback or the industry as a whole into a new drilling boom. At best, we will see a valiant effort to keep production more or less steady within the current oil & gas price environment, while oil & gas price bust periods will result in massive pull-backs in drilling activity. The growth story is over, but there are still many years’ worth of potential profits left for Diamondback.

It is often difficult to obtain a clear view of the true picture of the profitability of a company’s overall activities, especially in the mining sector. Non-cash accounting line items, such as changes in the assumed value of assets, tend to get in the way of it. In 2021, Diamondback achieved a net income of almost $2.2 billion on revenues of $6.8 billion. This, however, includes non-cash items in the calculation. Free cash flow (FCF) came in at $2.4 billion, but this measure is not a true indicator of how much money was really spent on the production of a barrel versus how much revenue came in.

Looking at exploration and development costs versus revenues is in my view a somewhat better indicator of where we stand in terms of profitability. That number came in at $1.74 billion, which is almost 26% of revenues. This measure is also somewhat distorted by the fact that Diamondback completed 207 wells in 2021, while it only drilled 175 wells. In other words, Diamondback is drawing down its drilling but uncompleted (DUC) inventory, in line with the rest of the shale industry. Therefore, it is partially living currently on past capital spending.

Even so, as investors we can choose to move away from generally accepted accounting practices in order to get a clearer picture of how much money Diamondback put into the ground versus how much is coming out. That clearly looks alright for 2021 and for the foreseeable future. Without the DUC drawdown, exploration & development costs would have probably been around 30% of revenues.

Adding transportation, administrative, and even allocating acreage leasing costs to the total, it would still be significantly under the revenue volumes Diamondback achieved from its sale of oil & gas. With average oil & gas prices set to be much higher this year than last, the next few quarters should be stellar, regardless of how we choose to measure its financial performance. The one thing that will get in the way is the hedging in place that will limit revenues & profits.

As we know by now, the shale industry experienced a massive consolidation of drilling activities in the best parts of the fields, beginning with the 2014 oil price crash. The decline in oil prices was not the only factor that helped to stimulate this shift. Half a decade of intense drilling activity helped to create an outline of where the best acreage is located throughout the fields, while it also identified the poorest areas to be drilled.

The map above, showing the diverse spread of Diamondback’s acreage, is not a perfect. It is but an approximate indication of the quality of its acreage, as compared with production data available from the counties where the acreage is located. Based on the Texas Railroad Commission data available, most of the counties we see on the map are in the top ten counties in terms of oil and gas production in Texas. Some notable exceptions, where Diamondback has a significant presence and the counties in question are not top ten producing counties include Crane, Ector, Dawson, Ward and Pecos. While there is no rule that stipulates either that acreage in top-performing counties must be top-tier or the opposite, it is nevertheless a decent indicator in regards to what to expect from shale producers in terms of the profitability of their activities.

Diamondback is in no rush to move on to its second-tier acreage, along with the rest of the shale industry

Of the 6,300 net wells in reserve that Diamondback has on its books, I am certain that a large portion of them are to be found on inferior acreage. Officially, all 6,300 well locations are estimated to be profitable at $50/barrel. In general practice, such estimates do not carry a significant level of accuracy in general in the mining industry. In the shale patch in particular, there has been a general overestimation of profitability that has been widespread in most companies ever since the beginning of the shale boom. Based on Diamondback’s acreage positioning, anywhere between a quarter to half of its potential drilling locations could be considered to be second-tier, or, in other words, of questionable profitability, even within the context of the current oil & gas prices.

We are currently at oil price levels that can be considered to be nearing the point where demand destruction can take hold, leading to a recession. In other words, a sustained price increase from current levels is unlikely to occur. Therefore, whatever shale drillers choose to drill has to fall within a comfortable economic range given the current price environment.

Going back to Diamondback’s latest production guidance, it suggests that it could actually see a slight decline, contrary to expectations based on the assumption that higher oil and gas prices will lead to companies drilling and producing more. That is unlikely to change substantially in my view. Perhaps there will come a point when Diamondback will choose to increase its pace of drilling activities, but it will be a slight increase at most, not the kind of production ramp-up we saw last decade.

Diamondback is faced with the same dilemma that most of the rest of the industry is faced with, namely, the lure of higher prices signaling that companies should perhaps drill more, versus longer-term concerns about running out of prime acreage. At least Diamondback is in an arguably enviable position comparatively speaking, where it probably still has substantial prime acreage areas left to be drilled. Many shale companies are either running out of prime acreage, already did so in the recent past, or never had much of it to begin with and went bust in past years as a result.

With oil and gas prices being where they are, and with Diamondback still drilling good quality acreage, it is set to continue providing investors with a profitable shale investment choice for years to come. With a market cap of $24 billion currently, Diamondback is in some ways on the expensive side. It trades at a discounted P/E ratio compared with the likes of Chevron, which provide investors with a far more generous dividend. Diamondback’s dividend is currently 1.77% as I write this, while Chevron offers 3.5%.

Their Forward P/E ratios are 6.7 and 11.6, respectively. In this regard, Diamondback makes some sense. The fact that it has a market cap that is more than three times its revenues last year, though, is a bit worrying. There should be a significant improvement in this regard this year, given the much higher oil and gas prices we are faced with.

For the longer-term outlook, there is the overhanging question that investors face in regards to all companies that are heavily reliant on shale resources, namely, how long before prime drilling sites run out. Diamondback seems to be a better choice in this regard than most other shale producers, but it is hard to say just when that undesirable point will be reached. Investors need to keep an eye on any signs that the drilling situation is gradually becoming more challenging in this regard, at which point they should consider re-evaluating their positions in this stock.

Matty Johnson, Laura Byrne reveal why they turned down a reality show offer

Matty Johnson, Laura Byrne reveal why they turned down a reality show offer