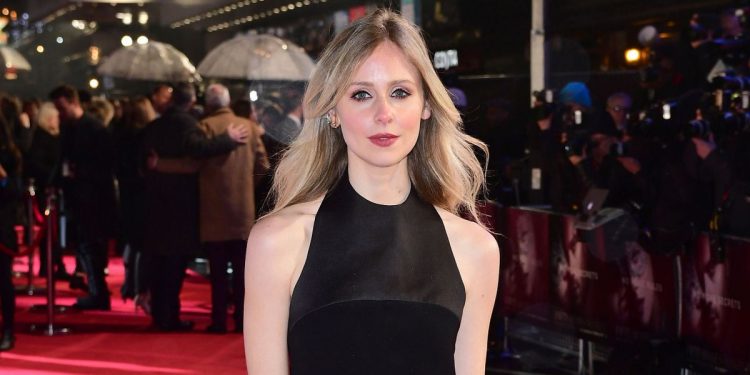 
The singer says she has been in agonising pain and feels like ‘I have a blanket in my stomach’ which has also made it hard for her to eat. She worried fans with a tearful update.

Diana Vickers breaks down in tears after ‘another night of pain’

Diana Vickers has broken down in tears as she is struggling to have a mystery illness diagnosed – despite being left in pain.

The 30-year-old singer, actress and former X Factor contestant has been complaining of an illness that she says has left her feeling like she is pregnant and is unable to eat.

She has reached out to her fans and followers on Instagram in an effort to raise awareness of her situation both to bring herself comfort and to hear from other women.

Sharing a video via Instagram Stories on Tuesday, Diana – who shot to fame on The X Factor in 2008 – could be seen sitting on a sofa brushing tears from her face as she offered an update to her followers.

Alongside her video, she had a statement reading: “Another night of pain. Another morning of waking up like I’m 9 months pregnant after eating no dinner or breakfast due to feeling I have a blanket in my stomach.

“I’ve been feeling so alone and from the hundreds of responses I got after my post and other women feeling alone with these symptoms it’s seems no one can diagnose [sic].

“I’m hoping me sharing how I feel can comfort you as well as me.”

Diana gave a tearful update to fans on Tuesday
(

The singer was comforted by a pet dog
(

In the video, Diana was joined by a pet dog who affectionately licked her face as she continued to look downcast.

Diana could be heard saying: “At least I’ve got you banjo. Yeah you wipe those tears away.”

The post has sparked alarm with fans, with others taking to social media in an effort to find help for Diana.

One concerned fan took to Twitter to ask: “Are there any doctors on here may I ask ? I’m really worried about our Diana Vickers and her constant hell.”

While another fan urged Diana to: “Stay strong”.

Away from her health issues, Diana has been spending time in Los Angeles and offering fans regular updates while enjoying life in the Californian sun.

The star has shared photographs of herself enjoying time down by the beach and time practicing tennis – and has also enjoyed a trip to nearby Joshua Tree.

While she is in Hollywood it is unclear if Diana will be catching up with Oscar winning star Leonardo DiCaprio.

Back in 2020, Diana explained their surprise friendship while on Celebrity Karaoke Club.

She said: “I have a lot of stories but I’m just going to say one. The best one – I’ve been on a night out with Leonardo DiCaprio. That’s my best one.”

Confirming Leo did not try to woo her, Diana went on: “I was more like hanging out with his friends and then I got a message being like ‘oh come back, Leo, he’s having a vibe’ and I thought it was going to be all Wolf Of Wall Street, like a massive thing.

“And I got back there and it was [just the two of us]. It was very chilled and we just ended up watching telly!”