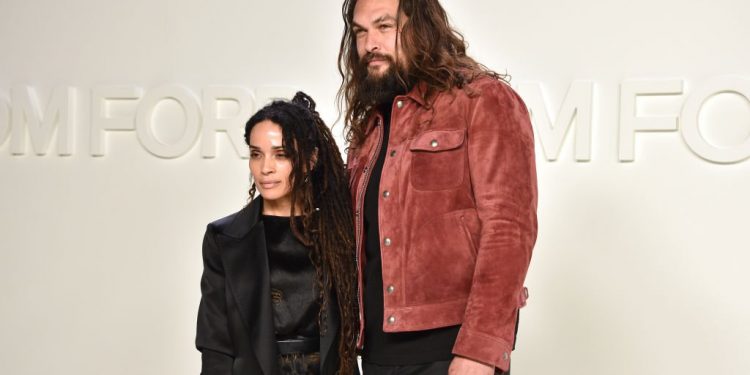 
Actor Jason Momoa has just announced that he is splitting from his wife of 16 years, actress Lisa Bonet.

The 42-year-old revealed the divorce on on Instagram, writing:

“We share our family news – that we are parting ways in marriage. We share this not because we think it’s newsworthy but so that – as we go on with our lives we may do so with dignity and honesty.”

Fans are devastated that the couple, who have two children together, are breaking up, and rumours are swirling about the reason behind their split.

Did Jason cheat on Lisa? Let’s debunk these baseless rumours once and for all.

To public knowledge Jason Momoa did not cheat on Lisa, and there is nothing to suggest that this is the reason for their divorce.

Jason wrote on Instagram that the “love between us carries on” and said they are “freeing each other to be who we are learning to become”.

He hinted that the pair had grown apart during the pandemic, writing:

“We have all felt the squeeze and changes of these transformational times… a revolution is unfolding – and our family is of no exception… feeling and growing from the seismic shifts occurring.”

The cheating speculation comes from a bizarre rumour that Lisa gave Jason a curfew to keep him away from women.

MEAWW reports that the baseless claims came from an anonymous source who claimed that Jason had to be home by a certain hour.

However, this has never been confirmed, and to public knowledge, the pair never had any marital problems.

It’s no secret that the Aquaman star attracts lots of women, but any speculation of cheating is completely false.

Fans are convinced that Jason had a secret relationship with his co-star Amber Heard, but again, this isn’t true.

They have an on-screen romance in Aquaman and have undeniable fictional chemistry, but they were never an item in real life.

The Things reports that rumours said they very flirty on set and his wife Lisa was getting jealous.

However, these unverified rumours were never confirmed, and Jason and Lisa seemed happier than ever.

In other news, Who is Kodak Black’s rumoured girlfriend? Meet Essence on Instagram

Study finds COVID-19 may increase risk of diabetes in kids: What parents should know – GMA

Study finds COVID-19 may increase risk of diabetes in kids: What parents should know - GMA