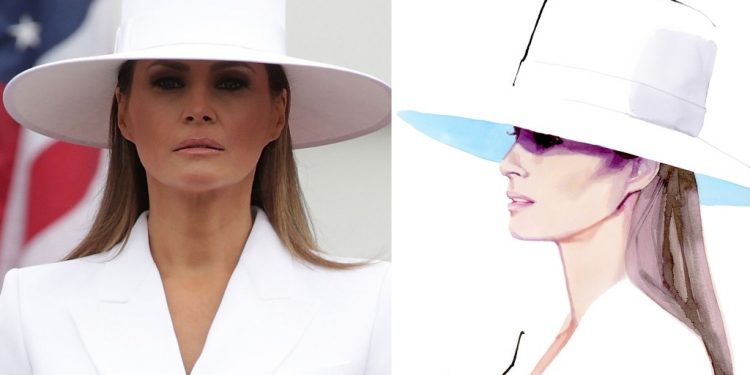 
The winning bid in the auction for Melania Trump’s first NFT came from a virtual wallet that belongs to the same organization that launched the project, according to a report.

The former first lady started the auction last month, offering the public a chance to own artwork from a collection of nonfungible tokens on the Solana blockchain.

The collection, titled “Head of State,” includes a digital portrait of the former first lady wearing a designer hat during her first official state visit in 2018.

The winner of the auction is tied to a digital wallet that is listed as the creator of the NFT, according to Bloomberg.

The web site that hosted the auction says that the digital wallet that created the NFT transferred 372,657 USDC, a stablecoin that is pegged to the dollar, to another wallet on Jan. 23.

The second wallet then sent 1,800 SOL, the cryptocurrency that runs on the Solana blockchain, to a third address, which is listed as the winner.

SOL is the seventh-largest cryptocurrency in terms of market capitalization ($38 billion).

Four days later, the original wallet sent 1,800 SOL, which is now worth around $185,500, back to the second wallet address, according to Bloomberg.

“The nature of Blockchain protocol is entirely transparent,” Trump’s office said in a statement. “Accordingly, the public can view each transaction on the Blockchain. The transaction was facilitated on behalf of a third-party buyer.”

NFTs are a way for artists and creators to sell their work by offering the buyer exclusive rights of digital ownership.

In December, Trump announced an initiative to sell NFTs with part of the proceeds going to support children aging out of the foster care system.

Peterborough woman 34, had to have ALL her fingers amputated after kidney stone agony led to sepsis

A focus on chemistry, not electronics, could help future solar panels reach their potential