Did Wordle do an April Fools prank? Players think they missed a trick 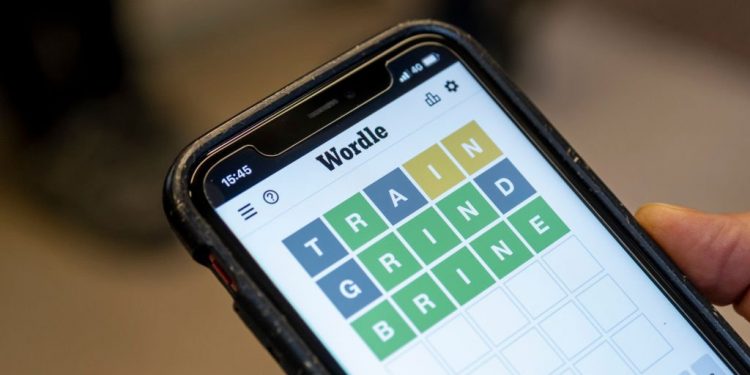 He created the puzzle, which sees people trying to guess a five letter word in six or fewer attempts, for his wife.

After huge success amongst his family, Josh made the game public and it went viral before being bought by newspaper giant The New York Times.

The Wordle craze has sightly fizzled out, but there are still millions of people who play the daily puzzle.

Many were convinced that the game would play an epic April Fools prank today (April 1st) and have been left very disappointed over the lack of jokes.

However, others think the game did do a subtle April Fools prank after all…

Wordle certainly missed a trick today. The New York Times could have played a legendary trick on its millions of players, but they didn’t.

The options for Wordle April Fools pranks were endless. They could have made the answer ‘April,’ ‘Fools’ or ‘Idiot’ for starters.

Or, they could have given everyone a different word. That would have been brilliant.

Then they could have made it seem like everyone guessed the word in one attempt. Genius!

Except, Wordle didn’t do that. The word game did absolutely nothing and players are incredibly disappointed. Or did they?

Wordle players have been taking to Twitter to express their disappointment over the lack of April Fools jokes.

They missed a golden opportunity.

Why didn’t they make the word ‘fools’?

Now that would have been hilarious.

Wait, was that an April Fools?

Wordle may not have played an obvious April Fools prank but some are convinced the word choice was a little tactical.

If you haven’t done today’s Wordle yet then read no further because we’re about to reveal the answer.

Today’s Wordle answer is ‘Snout’, which is one of those really annoying words that are hard to guess even when you have four correct letters.

That’s because there are loads of words with the same letter layout. For example, ‘shout,’ ‘spout,’ ‘scout,’ and’ stout’.

This isn’t the first time this has happened, but many people think The New York Times chose the word on purpose for April fools.

It could just be a coincidence not an April Fools prank at all, but it certainly feels like one!

Wordle may have been boring today but its music clone Heardle definitely got the April Fools memo.

The free online song game sees players try to guess a song by listening to a short snippet of it.

Today’s answer was Never Gonna Give You Up by English singer-songwriter Rick Astley which was part of a hilarious April Fools prank.

Upon visiting the Heardle game today, many were not even given the option to hear a song or guess an answer.

Instead, an error message appeared that said: “Oh no! Seems like today’s track is unavailable on SoundCloud in your location.”

“We’re really sorry. The answer is here though, if you want to maintain your streak. We won’t tell,” the game continued alongside a link to click which took you to Rick Astley’s music video on YouTube.

This is an old internet joke called ‘rickrolling’ that’s existed since as early as 2007.

“Rickrolling” is the process of trolling someone on the internet by sending them the link to the music video to Rick Astley’s 1987 song Never Gonna Give You Up.

The person on the receiving end of the prank clicks on a link thinking they are watching a completely different video, but it actually turns out to be the Never Gonna Give You Up music video.

The meme is pretty pointless, but it provides internet users with a lot of entertainment nonetheless.

In other news, ‘Wanna hear a joke, Murray,’ comment on Will Smith’s TikTok explained