Did you invest in crypto last year? Make sure you answer these 3 questions before filing your taxes 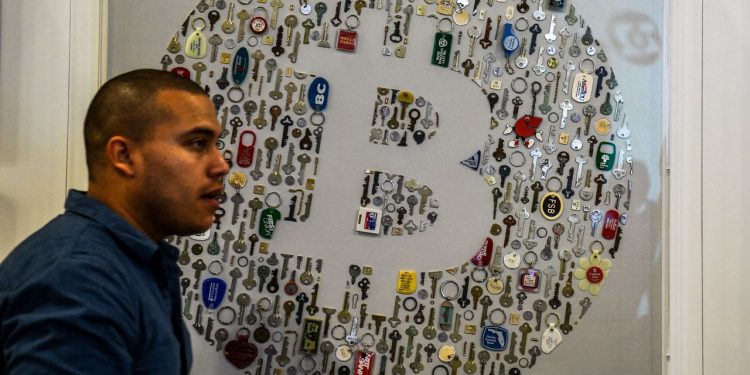 After cryptocurrency adoption hit new speeds in 2021, the tax-filing deadlines related to those budding bitcoin and expanding ethereum portfolios are suddenly coming up just as fast.

Days from now, on April 18 in most places, the IRS wants one of two things from the millions of taxpayers who haven’t done it already: either an extension request or a tax return.

And if it’s a tax return that’s getting submitted, the taxman wants either a ‘yes’ or a ‘no’ regarding a person’s crypto activity over the past year. “At any time during 2021, did you receive, sell, exchange, or otherwise dispose of any financial interest in any virtual currency?,” asks the IRS’s Form 1040.

That question might fluster many people, according to Shehan Chandrasekera, head of tax strategy at CoinTracker.

Crypto adoption has grown, but the crypto tax literacy hasn’t caught up, explained Chandrasekera, whose company offers platforms to track an investor’s wallets and exchange activity in order to tabulate their gains, losses and tax obligations.

The lack of tax literacy reflects crypto’s uniqueness and its capacity to do things other assets cannot, he said. For example, a person can swap one currency for another, and that’s a taxable event. But a stock investor would have to cash out and buy, instead of directly swapping one stock for another, he noted.

For a crypto newcomer, Chandrasekera said “that’s a novel concept. ‘Why do I pay taxes because I never realized any cash?’”

Approximately three quarters of crypto investors weren’t ready to file their taxes as of late March, according to a recent CoinTracker survey. Around one-third said they hadn’t put aside money to pay for their 2021 capital gains and 8% weren’t sure, the survey found.

It was a small, 100-person sample polled from mid- to late March, but it’s a peek at a larger issue.

Chances are, there are still many people caught flat-footed on what to do in the coming couple days — here are three questions worth asking:

1. I still haven’t filed my income-tax return. Should I file an extension?

Unless it’s a matter of wrapping some final small details, the answer is “yes” in all likelihood, Chandrasekera said. That’s because record-keeping on potential cryptocurrency capital gains and losses may get complex if someone hasn’t been keeping track through the year, or paying a company to keep track and produce the numbers.

“Those going at this alone by hand can frequently miss things,” said Austin Woodward, CEO of TaxBit, which also can track an investor’s cyrptocurrency gains, losses and amass their tax information.

An extension enables a person to file their federal income tax return by Oct. 17 this year. It does not buy more time to pay any taxes due. (The IRS will arrange payment plans for anyone who cannot pay in full by April 18.)

Chandrasekera has heard anecdotes of crypto investors stressing that any extension request, especially those done for the first time, would be a red flag for an audit at a time when the IRS is trying to get its arms around cryptocurrency tax compliance.

That’s a misplaced worry, he said. “It has no connection with the probability of your getting audited or not,” he said. Heightened audit risk is “a myth,” Woodward said. Indeed, anyone who files an extension will not stand out, because the IRS is anticipating 15.2 million extension requests this year.

The harm in skipping an extension request is the failure to file penalty, and that’s steeper than the failure to pay penalty. The even greater risk is not reporting crypto holdings at all; that may prompt an audit if and when the IRS learns about the assets, other cryptocurrency tax experts have noted.

The wording on the IRS’s question on the 1040 about receiving, selling or disposing of cyptocurrency is so broad in Chandrasekera’s view that he thinks it’s easier to identify the scenarios for saying ‘no.’

One scenario for saying ‘no’ is the transfer of cryptocurrency between wallets that a person owns and doing no more, Chandrasekera said.

Another qualifying ‘no’ is if a person bought cryptocurrency in 2021 and held it, Woodward said. The same goes if the person acquired the asset before 2021, but still just held it.

If, however, someone let their cryptocurrency sit in an interest-bearing account — a twist on the conventional savings account that gained more prevalence last year — Woodward said the answer would have to be ‘yes.’

“If you’re dealing with crypto, it’s really hard for you to say ‘no’ for that question,” Chandrasekera said.

Selling crypto counts as a ‘yes’ on the IRS’s 1040 form. So does getting paid with it for goods and services. Receiving new cryptocurrency through mining and staking or a “hard fork” on the blockchain also count as a ‘yes.’ Exchanging one currency for another does too, according to the tax agency.

Nearly six in ten people in the CoinTracker survey (58%) didn’t know a trade for another virtual currency was a taxable event and 64% didn’t think they needed to pay taxes when using their cryptocurrency for goods and services.

Answering ‘yes,’ means completing a Form 8949 regarding the “Sales and Other Dispositions of Capital Assets.” It’s one part of the Schedule D, which reports capital gains and loses. Here’s where the recordkeeping done by a person or their cryptocurrency accounting platform is going to help a lot.

A ‘yes’ doesn’t guarantee paying more taxes. The chief reason is a person might have lost money in the volatile crypto markets. So they will not have a tax bill on the loss like they would on a gain.

It’s been tough for bitcoin
BTCUSD,

The IRS will let a person claim an annual capital loss up to $3,000 in excess of any gains. If the loss is more than $3,000, investors can carry the loss forward to apply in future years.

Of course, if someone made a profit in 2021 but kept all their money in crypto and have no cash to pay their capital gains taxes, that might be a problem.

For the person who isn’t ready to file but thinks they might owe the IRS, Woodward said they can always file an extension and make an estimated tax payment to minimize or avoid penalties and interest. “You’ll get the payment back if you over pay,” he noted.