Discrimination Second Only To High Prices As Biggest Obstacle To Homebuying 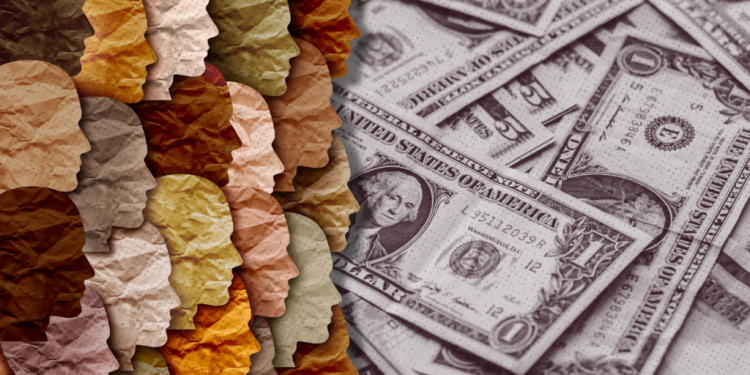 
Homebuyers face a variety of obstacles on their path to homeownership, with race, gender and other demographic markers sometimes affecting a buyer’s ability to secure a mortgage, receive equitable service from real estate agents, and successfully navigate other portions of the purchasing process.

Although discrimination is still a concern, the National Association of Realtors’ latest consumer survey published on Wednesday revealed worsening affordability is what’s keeping homebuyers — regardless of race — up at night.

“It’s the market, not the agent,” the report read. “Reflecting on the home buying process, both potential and successful homebuyers across races and ethnicities tested say they faced or are facing obstacles like a lack of affordable homes, a lack of homes that fit their criteria, competing with multiple offers, and saving for a down payment.”

Potential homebuyers said a lack of affordable homes is their greatest obstacle, with Asian (55 percent), Hispanic (45 percent) and white homebuyers (42 percent) having a more difficult time with affordability than their Black counterparts (39 percent). When it comes to finding a home that meets all of their criteria, Asian homebuyers faced the most difficulty (47 percent) while Black homebuyers faced the least (26 percent). 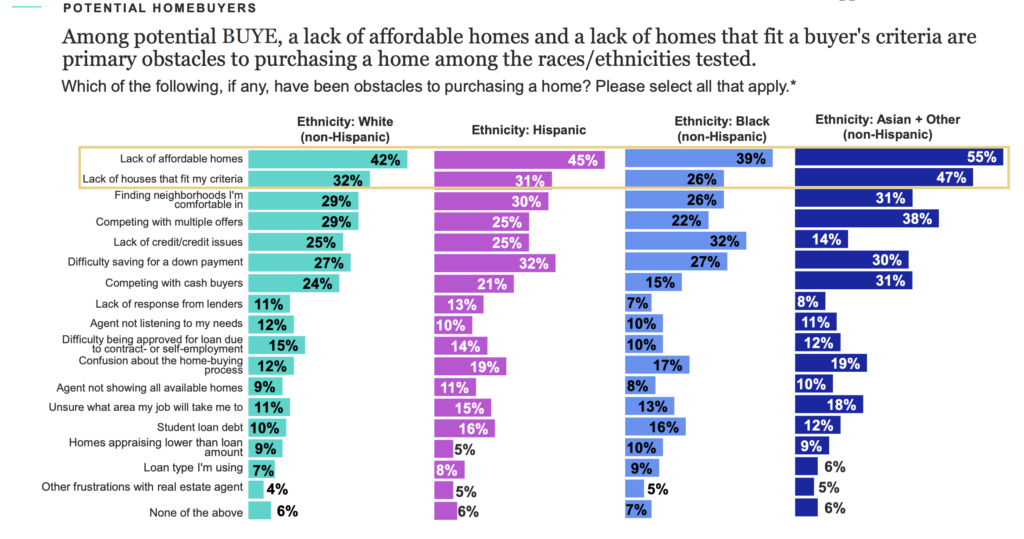 When it comes to financing, homebuyers overwhelmingly rely on down payments and traditional mortgage loans to purchase a home. The majority of potential homebuyers said they believe it will take between six months and three years to save a down payment; which is in line with the timeline newly minted homeowners provided.

Hispanic (51 percent), Black (42 percent), and Asian (39 percent) new homeowners said it took them between one and three years to save for their most recent home purchase, while white homeowners (30 percent) were more likely to take between three and six years.

Lack of availability, not listening to their needs, prioritizing their own profits and generally being unpleasant to work with were the main issues, with buyers saying agents wouldn’t answer the phone, show them properties outside of their main criteria and budget, and didn’t express any enthusiasm.

New homeowners were more likely to share displeasure with real estate agents (21 percent), with a lack of availability, communication and enthusiasm, and an inability to find listings being the main pain points. “You set appointments and they have to always reschedule or never show,” one buyer said.

Finally, respondents of all racial and ethnic backgrounds reported issues with discrimination either due to their race/ethnicity, country of origin, skin color, familial status, age, gender, sexual orientation or disability status.

New homeowners of color experienced similar levels of racial discrimination, with Hispanic and Black respondents more likely to experience discrimination based on race/ethnicity (34 percent and 36 percent, respectively) than Asians and whites (23 percent and 20 percent, respectively). Although white homeowners were the least likely to experience subpar service based on their race or color, they were the most likely to report discrimination based on familial status (29 percent), sexual orientation (20 percent), and disability status (19 percent). 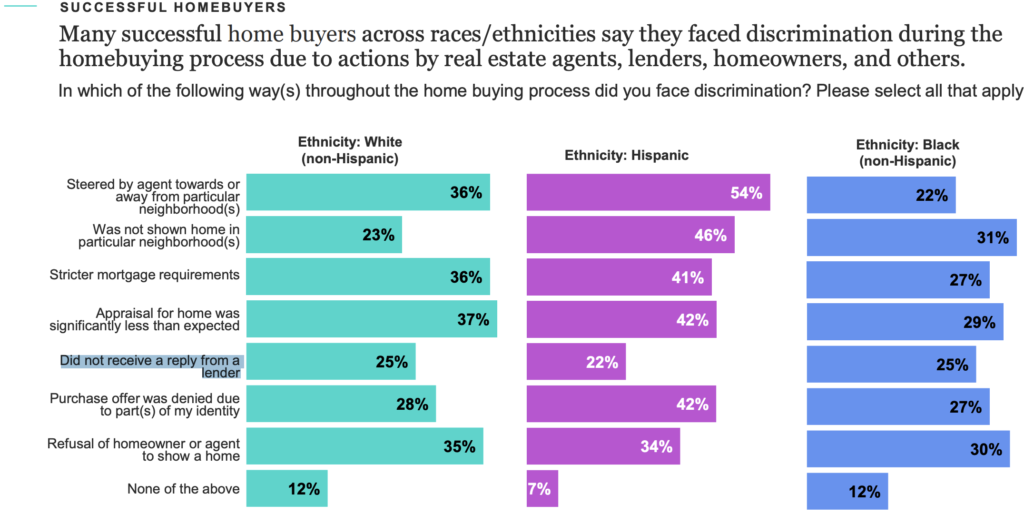 Despite these challenges, NAR VP of Demographics and Behavioral Insights Dr. Jessica Lautz said homebuyers across racial lines still “strongly agree” that homeownership is a crucial part of the American Dream. 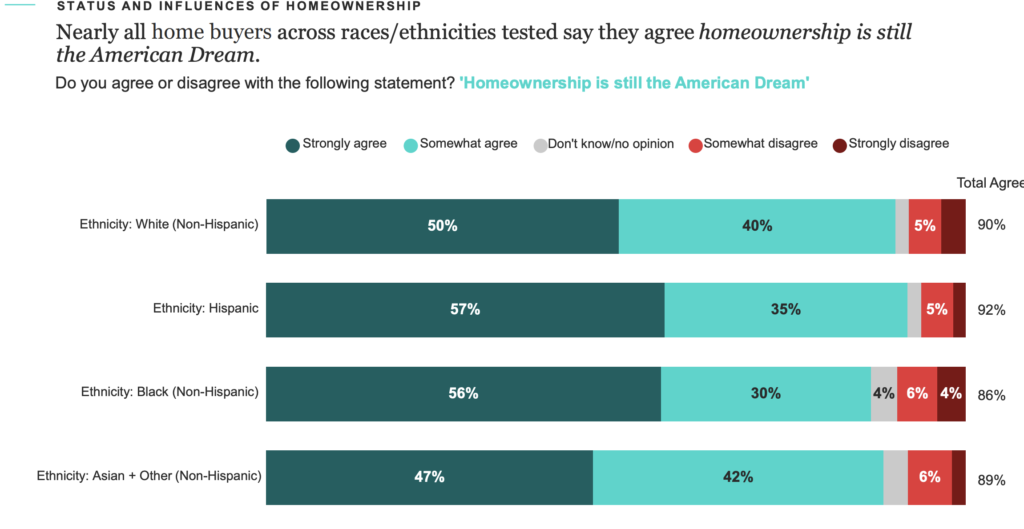 “Record-high home prices and record-low inventory have made the home buying process exceedingly difficult,” Lautz said. “Our new study shows that while the inventory crisis is affecting potential buyers of every race, nearly all home buyers agree that homeownership is still an important part of the American Dream.”

As Americans hold onto the dream of homeownership, NAR VP of Policy Advocacy Bryan Greene said it’s up to the industry to make the necessary changes to reduce barriers.

“In the current hot market, people who have traditionally enjoyed homeownership can capitalize on those gains to realize new opportunities,” he said. “Meanwhile, the market becomes increasingly unaffordable, and the obstacles greater, for those trying to enter the market. NAR advocates not only for existing homeowners, but also for those aspiring homeowners whose entrance into the market is necessary for the economy to thrive.”

Angelina Pivarnick Hospitalized Amid Divorce Drama, Says She’s “Not Doing Well At All”

Angelina Pivarnick Hospitalized Amid Divorce Drama, Says She's "Not Doing Well At All”