Lex Greensill once boasted he was the only boy from Bundaberg to have an office at 10 Downing Street.

Now the disgraced Australian financier who charmed his way into former prime minister David Cameron’s affections and sparked the biggest lobbying scandal in a generation, has returned to his humble roots in rural Queensland.

Since his supply chain finance empire Greensill Capital imploded last year with debts of more than £2.5billion, the 45-year-old has been laying low with his English doctor wife and two sons at their converted, eight-bedroom Georgian vicarage in the picturesque village of Saughall, Cheshire. 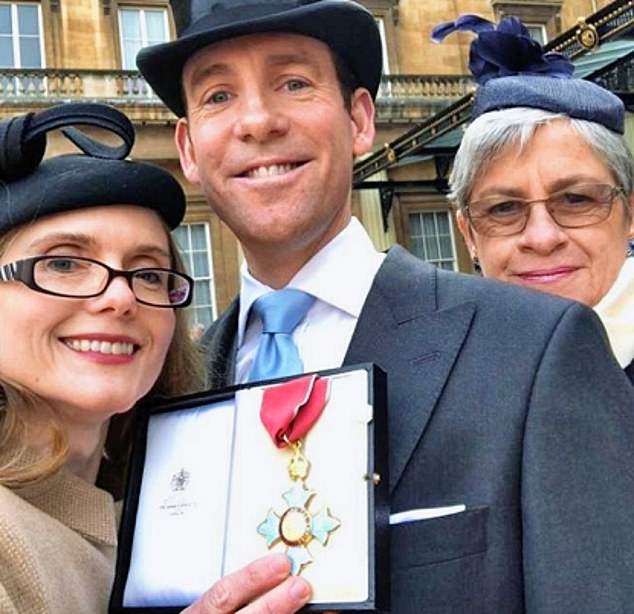 Disgraced Australian financier Lex Greensill (pictured with his wife and mother collecting his CBE in 2019), has returned to his humble roots in rural Queensland

But he is now more than 10,000 miles away in Bundaberg, a rackety country town best known for the ginger beer and fiery dark rum which bears the town’s name.

It will only be a fleeting visit back home, according to business newspaper the Australian Financial Review, and there are no immediate plans for the Greensill family to move to Australia.

But the trip will at least afford him the opportunity to enjoy his £2.3million five-bedroom holiday home in Bargara, a coastal outpost of Bundaberg just a few miles out of town.

Dubbed The Glass House, it is located a few doors down the road from his brother Peter and a few minutes’ drive from where his parents Judy and Lloyd live.

Like many Australian expats, Lex Greensill has been locked out of his own country for almost two years after the Australian government shut its borders to keep out Covid.

But the recent easing of border restrictions has enabled citizens living abroad to return.

As well as reuniting with his parents and two brothers Peter and Andrew, Lex will be able to check up on the family’s farming business.

While Greensill Capital has folded, the farm has expanded rapidly in the area and has become a dominant force in sweet potatoes. Local farmers have complained that the Greensills have ruthlessly under-cut them, driving some growers out of business. 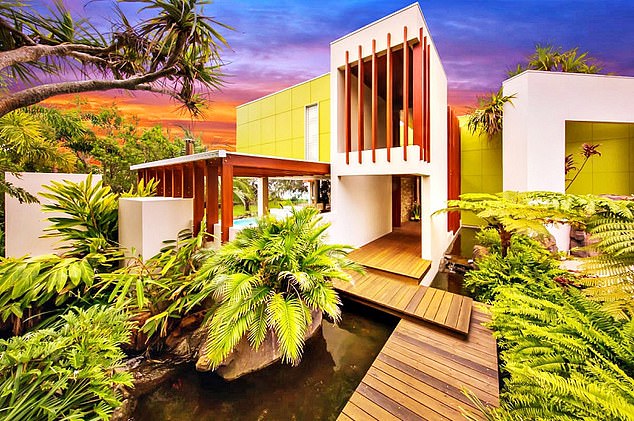 Holiday home: Greensill’s £2.3m five-bedroom property in Bargara, a coastal outpost of Bundaberg, has been dubbed The Glass House

‘The Greensill name is very unpopular in Bundaberg,’ one farmer told the Mail. Lex, however, has been careful to distance himself from the farming business in an apparent bid to shield it from creditors.

While his financial empire was creaking he removed himself as a director, later offloading stakes in farming entities to companies run by close associates before it collapsed.

The farming operation, which has always maintained it is entirely separate from the failed financial business, is more crucial than ever for the Greensill family fortunes.

Though Lex may not be getting his hands dirty. ‘Lex wouldn’t know one end of a tractor from another,’ one local farmer said.

Bundaberg plays a central role in the folksy narrative that Lex Greensill carefully cultivated around his supply chain finance empire.

His parents grew cane and melons on a farm started by their grandfather Roy at the end of WW2. Greensill said the family struggled to make ends meet as his parents had to wait – often for months – to get paid for their produce.

He would later say that the inspiration for Greensill Capital came from ‘the adversity that my parents, our family, endured being farmers in country Queensland’.

After moving to London, Lex become an investment banker at Morgan Stanley where he befriended the late Jeremy Heywood, a Whitehall mandarin who was on a secondment in the private sector at the time.

After setting up Greensill Capital, Heywood – who by then had been elevated to Cabinet Secretary – would make the fateful introduction between his Australian friend and Cameron, who was prime minister.

Cameron promptly appointed Greensill as a senior business adviser, giving him an office in Downing Street and access to the corridors of power in Whitehall. Lex hired Cameron in 2018 as a part time adviser, reportedly on a salary of around £720,000 a year.

The former prime minister proceeded to bombard ministers and former colleagues with text messages and phone calls to promote his new paymaster’s business.

And when Greensill Capital was fighting for survival, Cameron pleaded with Chancellor Rishi Sunak for emergency loans established to help firms weather the Covid pandemic.

His requests were denied and in March last year Greensill Capital collapsed into administration, triggering a string of investigations and a probe by the Serious Fraud Office.

A parliamentary inquiry concluded Cameron broke no lobbying rules but had showed a lack of judgement.

As administrators pick over his business empire, the Boy from Bundaberg stands accused of far worse.