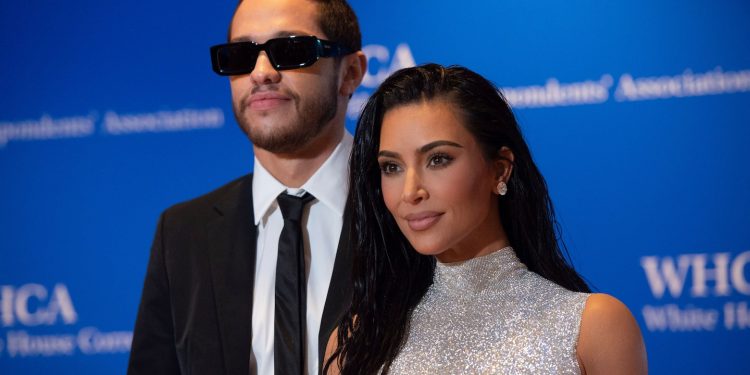 The question of the weekend was why — why?! Why would President Biden, a man of a certain age, with a certain need not to be leveled by a certain communicable virus, subject himself to the potential superspreader event that was the hyped return of the White House Correspondents’ Association’s annual dinner? The same dinner, in the same cavernous, poorly ventilated basement of the Washington Hilton, that Vice President Harris could not attend because she already had tested positive for the coronavirus. The same dinner that Anthony S. Fauci, the chief medical adviser to Biden, had decided to skip after some risk management assessment.

After Gridiron dinner, a covid outbreak among Washington’s A-list guests

Why would famous journalists who sounded the earliest pandemic alarms in 2020 — CNN’s Jake Tapper and Don Lemon — want to be among the packed sardines in the Fiola Mare restaurant at a Friday night pre-party hosted by the United Talent Agency? Had no one learned anything from the Gridiron dinner in early April? (Or were all 85 people who tested positive after the event partying it up, perhaps now believing themselves to be magically immune?) Were we all insane? Stir-crazy? Or maybe in desperate need of human companionship in the form of a Kim Kardashian-Pete Davidson sighting?

You have not lived until you’ve experienced the centrifugal force that is Kim K., with wet-look hair and a skintight sparkly silver gown, walking through the room with Davidson (in security-guard shades) guiding her and a small entourage and personal photographer in tow.

Gayle King and Drew Barrymore were shoved off the red carpet of the ABC News predinner party (Kardashian was the network’s guest), as King later detailed. Near riots started as people tried to get a selfie with Kim-‘n’-Pete in the background. (“You don’t understand, this is the best moment of my life!” someone shouted. One journalist who has Kim and Pete as her cellphone backdrop started crying as she showed the photos she’d snapped.)

The waters really did part, except for the many times Kardashian tried to leave the dinner mob through exits that were only for Biden, got rebuffed by Secret Service, then tried again — like, five times. Even those two weren’t able to escape the balletic feats of waiters doing their jobs — weaving through a tuxed and begowned throng of some 2,600 people and tight table arrangements, shouting “Coming through!” and “Make way!” as they swung trays laden with steak and fish entrees extremely close to the heads of Kim and Pete.

MSNBC host Symone D. Sanders smartly snuck into Kardashian’s entourage to get to the front of the line to enter the dinner. “I’m shameless. I wanted to get in quickly and I was like, ‘I can’t get there without Kim Kardashian,’ ” she said. According to Sanders, who knows all as Harris’s former spokesperson, Kardashian made just one personal request all evening: to get a picture with White House Chief of Staff Ron Klain. “Her people reached out in advance. They were excited about Ron,” Sanders said.

At its heart, the correspondents’ dinner is about celebrating journalists by getting the industry together to drink, be merry and swap adulation with a select group of celebrities. Everyone was required to be vaccinated and have a same-day negative coronavirus test — even the folks from Fox News, as Biden pointed out in his speech. It was a return to some form of normalcy after three years of President Donald Trump refusing to attend the dinner and two years of pandemic shutdowns after that. Per tradition, Biden roasted the press corps (“The only group of Americans with a lower approval rating than I have”), then got roasted by the invited comedian, Comedy Central’s “Daily Show” host Trevor Noah.

With hardly a mask in sight, an alarming Twitter thread circulated about a sensor placing the CO2 levels in the room at more than 2,000 parts per million. Biden skipped dinner and showed up only for the speeches, where he and first lady Jill Biden sat on a dais far from everyone, as a precaution.

Noah read the room perfectly. “It is my great honor to be speaking tonight at the nation’s most distinguished superspreader event,” he began.

“I’m a nervous wreck. No one I’ve talked to says they feel fine,” said Gayle King at Washington networking maven Tammy Haddad’s 27th annual garden brunch on Saturday — one of the hottest tickets of the weekend, particularly because it was outside. During peak covid, King didn’t leave her house for 105 days, she said, but the event was too important to miss.

“I’m glad to see us out. But I’m not exactly hugging everybody,” said the Rev. Al Sharpton.

Desus Nice, of Showtime’s “Desus & Mero,” said he couldn’t believe that a kid from the Bronx got to sit that close to the action. “Close enough to give Biden covid. You know, if I killed Biden, that’s a flex,” he said, laughing. “Nah, but I was thinking: ‘Are we gonna kill Joe Biden?’ I don’t wanna be that guy!”

There were standing ovations when the dinner gave lifetime achievement honors to Alice Dunnigan and Ethel Payne, the first two Black women to be members of the White House press corps, and tears during an in-memoriam reel for journalists who have been killed while covering the war in Ukraine. Emotions ran high, and so did sloppy drunkenness — as is to be expected at the first open-bar wingding many had been to in years. Multiple TV journalists and celebrities shed tears while talking to The Washington Post.

Martha Stewart, a guest at the Daily Mail’s table, told her hosts: “This is like my sixth time or seventh time [here]. I’ve never been at a table so far back before. The view is fabulous, though.” She was so far back that the doors to the kitchen were swinging open every five seconds next to her chair. She was there to laugh, she said, “and I want to see the president in person. Other presidents have not shown up. You know who I’m talking about.”

Star wattage was lower than in the Obama years. Kardashian and Davidson were the big draws. Chris Tucker was there, as was Mario van Peebles, but who got mobbed by more fans? World-rescuing chef José Andrés.

The weekend had started full force on Friday at that UTA party, where politicos mixed with cable TV stars and plausible deniability was the name of the game, as organizers banked on the sheer number of maskless parties to, well, mask the origin of any potential coronavirus outbreak.

George Conway was there, but not his wife, Kellyanne. Seemingly CNN’s entire lineup was schmoozing, while Fox News personalities mostly kept to themselves. Bill Nye the Science Guy came, plus Brooke Shields in a black-and-white newsprint-evoking suit designed by the late Virgil Abloh. “Wheel of Fortune” host Pat Sajak was leaving with a beautiful blonde young enough to be his daughter — who, you may be relieved to learn, is his daughter, aspiring country singer and Georgetown Law student Maggie Sajak.

“I’m her escort,” said the proud dad, who spent most of the night doing what smart celebrities do: chatting and posing in photos with thrilled fans of all ages. “If you don’t want to do that, you shouldn’t come,” he said.

At Haddad’s brunch, another tradition was back: rude people talking through speeches, these ones honoring military veterans. Emcee Stephanie Ruhle was clearly peeved: “All you jerk asses who’ve been talking this whole time: You’re not coming back.”

At the pre-parties Saturday evening in the Hilton, Caitlyn Jenner, who recently joined Fox News as a contributor, stopped by her network’s fete. When asked by The Post why she decided to attend the dinner, she “grimaced,” according to one onlooker.

Meghan McCain, the former co-host of “The View” who now writes columns for the Daily Mail, was willing to stop and chat. “It’s not fun for the rest of the country to hear people bitching about going to a black-tie dinner party,” she said, “so I chose to come and have a good time.”

After dinner, the crowd scattered to after-parties, with many boldface names showing up to Paramount’s invite-only fete at the elegant Kalorama residence of the French ambassador. There was fine champagne, a lavish buffet, White House press secretary Jen Psaki, and lots and lots of corporate executives. It felt rich and grown-up. The closest anyone came to pushing the envelope was Shields, who switched from her dinner outfit into a white T-shirt, jeans and sneakers. “I felt so bad. I was like, ‘Wait, where are we going?’ I was in the car. I changed too soon,” she said. “I better drink something, because I’m not dressed accordingly.”

Secretary of State Antony Blinken gave the evening high marks. “I thought it was wonderful,” he said. “I also thought there was a serious undertone that was really right for the moment.” Ashley and Naomi Biden mingled unnoticed; Sens. Patrick J. Leahy (D-Vt.), Amy Klobuchar (D-Minn.) and Christopher A. Coons (D-Del.) did not. “I missed the parties last night, so I must do them all tonight,” Coons said to a group of admirers. Gene Sperling, senior adviser to Biden, told Psaki that she looked great up on the dais: “Just the right amount of laughing.”

Speaking of jokes: CNN’s Don Lemon (wearing a perfectly tailored tux but no socks), took all the slaps on his network in stride. “It’s like a roast,” he said, shrugging. “What are you going to do? Put on your big-boy pants — with no socks.”

Nearby, at the Colombian ambassador’s residence, a brass band was playing and comedian Billy Eichner was still reeling about the president name-checking him in his speech. “One of the most surreal moments of my life,” he said. “I’m probably gonna watch it a bunch of times to make sure that it happened.” How many LGBTQ comedians get to a level where the president knows who they are, he wondered.

At a party for theGrio, the only party of the weekend hosted by a Black-owned media company, guests included “The 1619 Project’s” Nikole Hannah-Jones, rapper Fat Joe, CNN’s Abby Phillip and actress Vivica A. Fox. Everyone was there to see Mary J. Blige strut to the stage — coming on well after midnight. For the crowd of mostly Black politicos and journalists, belting out the “Family Affair” lyrics about not needing drama or “hateration” felt like a release.

Meanwhile, over at the Reach at the Kennedy Center, NBC had to ask the crowd of mostly journalists and hangers-on to leave the after-party, well after 3 a.m., sending a staffer around to politely tell people: “The party has concluded.”

Hours later, the hungover masses showed up at a CNN brunch in Union Market and a Politico brunch at the Georgetown home of Robert and Elena Allbritton. More Andrés. More Psaki. Bloody marys helped.

But maybe it was worth it, coronavirus risk and all. As he left Paramount’s party, Desus Nice got emotional talking about how he had been so moved by seeing the memorial to journalists who died in Ukraine. “It really put a pause on it,” he said. “We’re out here. We’re just enjoying a party. We’ve got our fresh suits on, and, like, people are dying reporting on Ukraine. We have to remember that, at the end of the day, we’re here to defend the First Amendment. … We’re the first responders for this.”