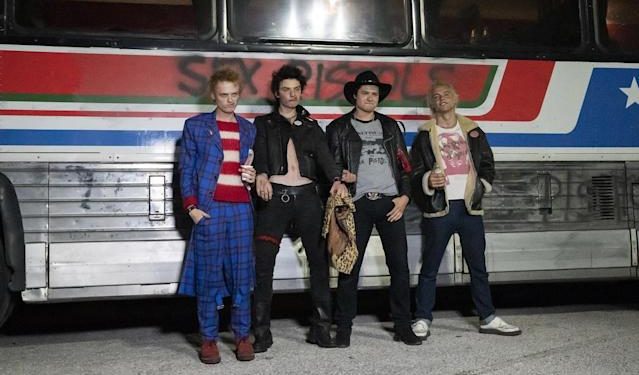 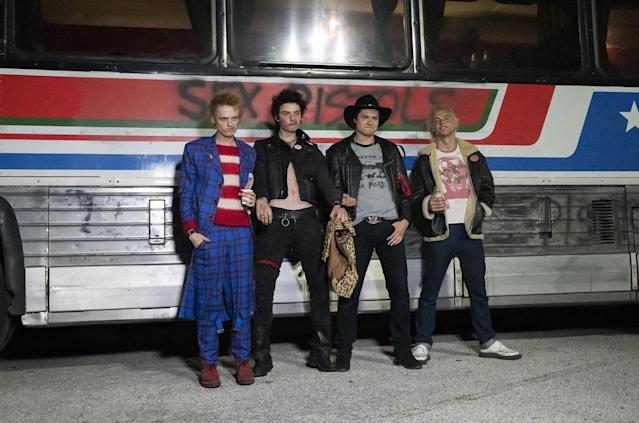 The release date for Pistol, the new drama from Trainspotting director Danny Boyle, has been unveiled.

The drama, which follows the ups and downs of legendary punk rockers The Sex Pistols, will premiere exclusively on Hulu in the US and on Disney Plus in UK, Ireland, Canada, Australia, New Zealand, and Singapore.

Based on Lonely Boy: Tales from a Sex Pistol, the memoir from one-time Sex Pistols guitarist Steve Jones, the show has been written by Craig Pearce, who has co-written three films with Baz Luhrmann,

Game Of Thrones’ Maisie Williams, Westworld’s Talulah Riley, and The Maze Runner’s Thomas Brodie-Sangster are among the cast for the show.

Boyle directed all six episodes of the show, which will debut in full on May 31.

Why is Pistol controversial?

The show’s controversy comes from the fact that Sex Pistols singer and legendary loudmouth John Lydon was so upset by his portrayal in the script that he filed a lawsuit against former bandmates Jones, Paul Cook, Glen Matlock, and the estate of Sid Vicious to stop the Sex Pistols music from being used in the series.

Lydon, who called the show “the most disrespectful s**t I’ve ever had to endure”, lost the case, and has almost bankrupted himself in the process.

Safe to say he won’t be doing any interviews when the promotion run for the show begins in May.

So what’s the show all about?

The official synopsis for the show, which was released along with the release date, reads as follows: “The furious, raging storm at the center of this revolution are the Sex Pistols – and at the center of this series is Sex Pistols’ founding member and guitarist, Steve Jones. Jones’ hilarious, emotional and at times heart-breaking journey guides us through a kaleidoscopic telling of three of the most epic, chaotic and mucus-spattered years in the history of music. Based on Jones’ memoir Lonely Boy: Tales from a Sex Pistol, this is the story of a band of spotty, noisy, working-class kids with “no future,” who shook the boring, corrupt Establishment to its core, threatened to bring down the government and changed music and culture forever.”

Sounds pretty good to us…