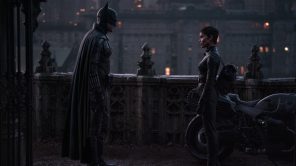 
Hollywood hasn’t been the most bullish about taking an action that would dent its bottom line, but Disney today has taken the bold move of pulling its theatrical releases from Russia temporarily in response to the country’s invasion of Ukraine.

We hear that other studios were scrambling to formulate their own strategies today.

Disney has set the tone, issuing an economic ban against a market that minted more than $445M at the box office last year and as much as $1.3 billion in 2013 (per Box Office Mojo).

“Given the unprovoked invasion of Ukraine and the tragic humanitarian crisis, we are pausing the release of theatrical films in Russia, including the upcoming Turning Red from Pixar,” said Disney in a statement this afternoon. “We will make future business decisions based on the evolving situation. In the meantime, given the scale of the emerging refugee crisis, we are working with our NGO partners to provide urgent aid and other humanitarian assistance to refugees.”

It’s not clear how long Disney’s ban of its movies in Russia will go on. Disney/Marvel’s Doctor Strange in the Multiverse of Madness is set to kick off summer on May 6. The most recent MCU title, Spider-Man: No Way Home from Sony, grossed close to $45M in Russia.

The MPA may issue a response on the Russia-Ukraine crisis. While the MPA historically provides guidance to the majors on foreign policy, it’s the studios themselves which ultimately make the decision as to how they’ll conduct their foreign affairs.

In addition, Warner Bros is sticking to its March 3 release date for Matt Reeves’ The Batman in Russia. Exhibition in Russia is privately owned, not state-owned like China, so there isn’t a national ban on U.S. films. Pulling the pic’s release is not in financially in the cards for the studio as the DCP is already over in Russia, not to mention a marketing campaign has been rolled out. Universal and Warner Bros. have joint ventures in foreign markets, and in the case of Batman, while it goes out with a Warner Bros logo, it’s being serviced by Universal. The latter studio is contractually committed to Warner Bros. to release The Batman in Russia, and couldn’t veer if they so desired.

Pulling U.S. theatrical releases from Russia is a brave financial move, set to impact both studios and local exhibitors as they come out of the pandemic. However, it remains to be seen whether Russia itself will curb business for U.S. films abroad.

At the independent level, we’ve spoken to multiple international sales companies that are considering how they approach deals with Russian distributors going forward.

One international sales head told us today: “Russian distribution deals will need to be evaluated and lenders are already asking what we should do about future commitments.”

Russia’s invasion of Ukraine has drawn near universal condemnation from the US and international community with a number of film and TV organizations planning boycotts of state back Russian elements.

We reached out for comment individually to the major studios on how they’re handling their affairs with Russia and will update you accordingly. There’s a number of big movies on the horizon with Paramount’s Sonic the Hedgehog 2, Sony/Marvel’s Morbius, Universal’s Ambulance and Warner Bros. Fantastic Beasts: The Secrets of Dumbledore.

Disney/Pixar’s Turning Red is skipping theaters in the U.S. for a Disney+ release on March 11.

The U.S., European Union, UK and Canada are among those hammering Russia with sanctions over their invasion of Ukraine, barring Russian banks from SWIFT, a global financial messaging service, and freezing the assets of Russia’s central bank, per CNN.

President Vladimir Putin reportedly held crisis talks with his top economic consigliere after the ruble crashed to a record low against the U.S. dollar. Russian central bank more than doubled interest rates to 20%, and the Moscow stock exchange closed for the day. CNN reports that the Russian economy could shrink by 5%.

‘Thank God he is alive.’ Former UK star Tyler Ulis injured in head-on collision on I-75.

‘Thank God he is alive.’ Former UK star Tyler Ulis injured in head-on collision on I-75.