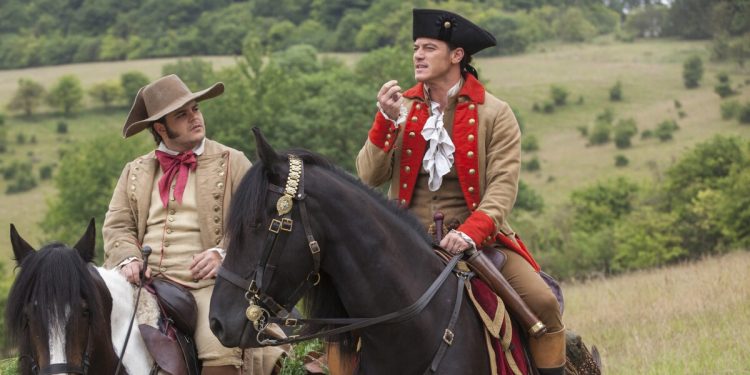 
Rainbow logos and statements of support from entertainment companies have become a routine part of Pride celebrations each June. But their habitual reluctance to speak out against those harming the LGBTQ+ community when it matters most has shown time and again that we can’t count on them as allies.

Last week, Walt Disney Co. Chief Executive Bob Chapek fumbled the company’s response to Florida’s HB 1557 — better known as the “Don’t Say Gay” bill — by refusing to take a public stance on the legislation despite Disney’s large footprint in the state. But there is no such thing as neutrality when it comes to the rights of marginalized communities, and Chapek was pushed to reevaluate his approach more than once.

Introduced in Florida’s statehouse earlier this year, House Bill 1557 would prohibit teachers from discussing sexual orientation or gender identity through the third grade and would limit conversations about these topics in higher grades to those deemed “age appropriate or developmentally appropriate.” And although the law lacks any guidance on what would be considered “appropriate,” it would allow parents to sue the district for violations. Critics of the bill have pointed out that it could keep educators from acknowledging the existence of queer, trans and non-binary people at all.

The pushback from Disney’s LGBTQ+ employees and allies — as well as queer fans and advocates — was swift and intense. But the frustration runs deeper than one bill threatening the humanity and safety of LGBTQ+ people, particularly children. Chapek’s initial attempts to defend Disney’s contributions to politicians supporting the bill, or to suggest that corporate statements “do very little” to create change on important issues, inadvertently exposed the company’s allyship as mere lip service, if not outright hypocrisy.

Disney is just the latest entertainment company to discover that the desire to cultivate queer audiences, who are known for their loyal engagement with the culture they consume, also creates a sense of mutual obligation: In the current climate, taking our money in return for what Chapek called “inspiring content” is no longer adequate.

The Disney maelstrom arrives in the wake of similar scrutiny Netflix faced last year for its handling of Dave Chappelle’s latest comedy special, “The Closer.” LGBTQ+ Netflix staff and viewers called out the comedian’s transphobic material, and the company’s failure to properly address concerns by its trans employees and allies culminated in a highly publicized staff walkout. (Disney employees are following suit.)

Chappelle’s transphobic bit grew out of the controversy surrounding “Harry Potter” author J.K. Rowling. In recent years, the acclaimed author has routinely made hurtful and harmful antitrans remarks — as if affirming trans women poses a threat to cis women. Wizarding World actors from Daniel Radcliffe and Emma Watson to Eddie Redmayne have condemned these statements, but it has not stopped Warner Bros. from continuing to develop projects with Rowling attached, including the upcoming “Fantastic Beasts: The Secrets of Dumbledore.”

No corporation can be called an ally that compartmentalizes dangerous anti-LGBTQ legislation as mere partisan disagreement or tacitly endorses the damaging discourse of prominent figures by providing them a platform, continued employment or both.

As Disney’s LGBTQ+ employees pointed out as they shared their pain, fears and anger in public and company channels, the company has an incredibly short history of “inspiring” queer representation to hide behind anyway. The studio has been called out on its lack of meaningful LGBTQ+ on-screen representation for years. And according to Pixar employees, the company censors “nearly every moment of overtly gay affection” in the animation studio’s projects.

For all that Netflix has been hailed for hosting nuanced portrayals of the LGBTQ+ community in series such as “Orange Is the New Black” and documentaries such as “Disclosure,” its missteps extend beyond standing by Chapelle. The streamer’s docuseries “Tiger King,” for example, misgenders and deadnames a trans zoo manager featured on the show. Its international hit “Money Heist,” has been called out for casting a cis actor to play a trans character.

And despite Rowling’s own extra-textual assertion that “Harry Potter” character Albus Dumbledore is gay, his sexual orientation has been barely hinted at on screen in his subsequent appearance in the “Fantastic Beasts” series of films.

Chapek has since apologized to employees and announced Disney would pause political contributions in Florida. Netflix Chief Executive Ted Sarandos quickly recognized that he “screwed up” his initial response to the backlash — including telling his staff in a memo that “content on screen doesn’t directly translate to real-world harm” — but continued to defend “The Closer.”

And while Warner Bros. has previously issued a statement affirming its commitment to diversity and inclusion in response to Rowling’s hateful comments, the company has not publicly addressed its working relationship with the author. Rowling’s appearance in the recent HBO “Harry Potter” reunion was limited to archive footage, but she remains a screenwriter on the “Fantastic Beats” films.

None of these controversies have yet been addressed sufficiently. But it is worth noting that the criticism of Disney’s poor handling of the uproar over HB 1557 extends beyond a single lightning-rod creator. As a family-friendly entertainment company that has built its brand around endearing itself to people from childhood through fantasy and wonder, Disney is in a unique position.

After all, stories help us figure out the world, who we are and even who we want to be. For many people who grew up on Disney films, both the stories and the memories around watching those stories played at least some part in shaping who we eventually became. (And that’s not to mention the Disney theme parks that expand on these fantasies and turn them into real-world experiences.)

Despite its historical lack of recognizably LGBTQ+ characters — aside from queer-coded villains — queer and trans kids have been able to see themselves in characters such as a mermaid who longs to be a part of a world where they feel like they belong; a cursed beast who most people fear instead of trying to understand; and a daughter who wonders why her appearance doesn’t reflect who she really is inside. This is even before learning that there were LGBTQ+ creatives that helped bring these stories to life.

Years of conversations around the importance of representation — as well as an understanding that LGBTQ+ people are also consumers — led to Disney’s more recent trend of blink-and-you’ll-miss-it instances of “first” LGBTQ+ moments in Star Wars, Pixar, Walt Disney Pictures and Marvel films. Though this limited inclusion arrived long after LGBTQ+ characters and storylines became more common at other film studios and television, they were often preceded by teases, as if there was an expectation that these nuggets of representation would be lauded — and quell critics.

But representation alone, no matter how significant, is just not enough at a time where numerous states are advancing a record number of anti-LGBTQ legislation. Republican politicians in states including Georgia, Tennessee, Indiana and Kansas have introduced bills this year that would limit classroom discussions about sexual orientation and gender identity. Eleven states, including Iowa and South Dakota, have passed laws that prohibit trans student athletes from competing in school sports according to their gender. And following Texas’ lead, Idaho is considering a law that will punish parents for allowing their trans children to receive life-saving gender-affirming care.

Entertainment companies have said time and again how much they value diversity and aim to advocate for a more inclusive future. Maybe one day they’ll prove it.