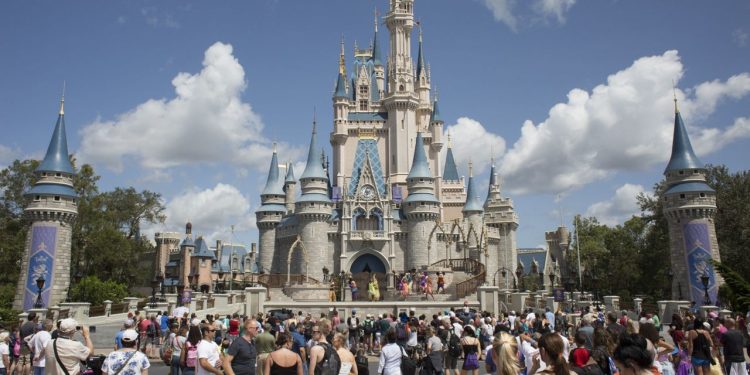 
Decrying a “lack of action,” a group of Walt Disney Co. employees is calling for a series of walkouts over the next week to protest the company’s response to a Florida bill that would restrict discussions about sexual orientation and gender identity in classrooms.

Organizers are urging Disney workers to stage brief walkouts, starting today and over the next four work days, during scheduled break periods, culminating in a “full stage” walkout March 22, where employees will not work or attend meetings.

On its website, organizers said said Disney’s LGBTQIA+ community and their allies are determined to take a stand against the bill, which they claim corporate leadership has “utterly failed” to do.

“As a community, we have been forced into an impossible and unsustainable position,” a statement reads. “We must now take action to convince [Disney] to protect employees and their families in the face of such open and unapologetic bigotry.”

The bill was approved by state lawmakers last week, and Florida Gov. Ron DeSantis is expected to sign it into law.

The group behind the walkout said they are demanding Disney end all campaign donations to the Florida lawmakers who voted for the so-called “Don’t Say Gay” bill, stop efforts to relocate Disney employees to Florida and reaffirm a commitment to protecting and advocating for its LGBTQIA+ workers.

It’s unclear how many Disney employees will take part in the walkouts, and the organizers are not part of Disney’s internal employee resource groups, such as the Pride Advisory Group, according to reports by Variety and Deadline.

Disney Chief Executive Bob Chapek was criticized for his initial stance that Disney would stay out of the political fight. Last week, he changed course, saying he told DeSantis of his concerns about the bill, along with pledging $5 million for LGBTQ+ causes and suspending all of Disney’s political donations in Florida.

“It is clear that this is not just an issue about a bill in Florida, but instead yet another challenge to basic human rights,” Chapek said in an apology note. “You needed me to be a stronger ally in the fight for equal rights and I let you down. I am sorry.”

But walkout organizers — who named their website WhereIsChapek.com — said Disney’s deeds have not matched its words. “Chapek and [Disney] leadership have made it clear they are more than willing to sacrifice their employees’ health and wellness in service of the bottom line,” they said in an open letter.