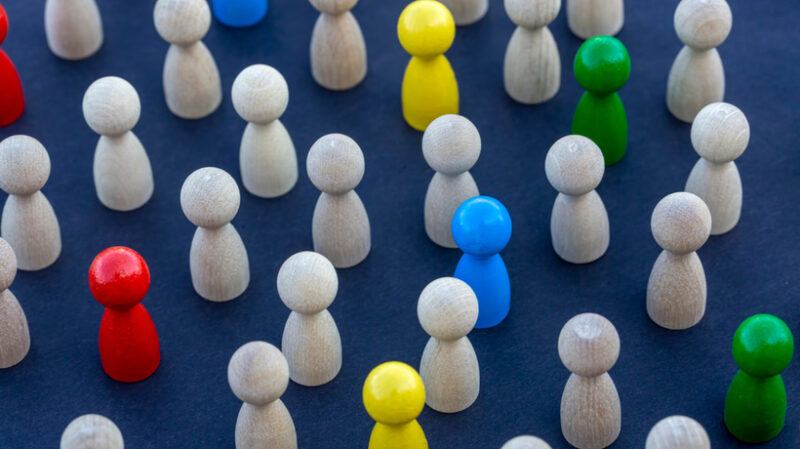 The Talk is Not Getting Walked

The “Break the Bias Hacking HR Lab” series is now over. Two sessions were held each day for the past four days. I have to say, thoughts were provoked! The theme of the conference, in keeping with Women’s History Month, was #BreaktheBias. Each session had at least four panelists who were experts in human resources. From making the business case for diversity, equity, inclusion and belonging (DEI&B) to emotional intelligence skills, a lot was shared during these four days. However, a common note emerged: moving forward, human resources’ emphasis is on the “human.”

By now, breaking biases and DEI&B is not about political correctness or feeling like a good/decent human being. Allowing each person’s humanity to shine brightly is simply a matter of alignment. It is not a new age thing, nor is it a concept best left for touchy-feely arenas, or a preferable way of organizing commercial endeavors. It is larger than that. It is life’s vital force, aligning seamlessly in our shared human experiences such as work. Workplaces that honor humanity is where the next generations will choose to work. If you want continuity, then this is what needs focus and work!

DEI&B is the bridge to reach the organizational aspiration of having everyone’s light shine bright. I call it aspirational DEI&B. It reaches every aspect of our lives and must become part of an organization’s DNA. Now, is this what is going on in commercial organizations these days?

Well, during yesterday’s #BreakTheBias sessions sponsored by the “Hacking HR Lab,” panel members took an accountability lap. The panelists dove deep into the question, “why are we still talking about this?” It brought up the image of a wobbly, roly-poly toy moving back and forth, and from side to side, but never moving from the spot it was placed initially. The consensus was that if the talk is still getting talked rather than walked, it might mean that HR is still figuring out how to do this, or it might also mean that there is no organizational buy-in, or it might mean that there is a degree of passive-aggressive resistance in those called to execute the programs. Regardless, it is time to take accountability: breathe, examine the “stuckness,” and then redo.

The panelists pointed out that we all know the DEI&B trending buzz words, phrases, and sentences. We know when to drop them. But…when we look around the office, we see that the C-suite might sound different with those new buzz words but still looks and feels very much the same. Now in 2022, women still earn 82 cents for every $1 that men make, and Lilly Ledbetter’s speaking engagements are still a truly relevant and important thing 43 years after Ledbetter vs. Goodyear Tire & Rubber Co. So, there is concrete evidence pointing to the idea that the talk is not getting entirely walked despite decades and decades and decades of trying.

Why Are We Not Getting DEI&B Right?

But why are we not getting it right yet? Apparently, not everyone that knows better is willing to do better, even when, if nothing else, there is a business case for breaking the gender bias and implementing DEI&B. Decades of research has shown that bias against women, Black people, Latin people, and other minorities still exist in our institutions and culture as a whole today. The consequences of this bias range from unfair hiring to the lack of representation in leadership positions to diminished economic opportunities. Again, why? I do not have the answer, but I know it is a big tell. Is it that systemic biases are stronger than our will to discard them? What do you think?

Systemic biases inhibit society from changing for the better. The future of an inclusive society is at risk. We can do better by breaking down access barriers to opportunity, recruiting a more diverse workforce, and implementing workplace policies that create equal opportunities for all. But this is not enough. Our internalized biases influence our perceptions of others and how we interact with them. This can lead to unintentional bias, which can lead to unfair decisions that harm people.

Bias can manifest in unintentional, and seemingly harmless ways—like the female manager who discovered that her male colleagues were referred to by their first names, while she was called Ms. Smith (and one time even “the manager”). We cannot pretend that bias does not exist in the workplace when we all know that it does. How do we start looking at employees as individuals rather than members of groups or teams?

It takes a lot of courage to stand up to bias in the workplace or out in public. But it is just as likely that we ourselves are biased without noticing it, and this creates subtle resistances here and there that keep us in motion while standing in the same place. It is time for the talk to become the walk on diversity, equity, inclusion and belonging. Still only talking about it means HR did not get the “how” right.