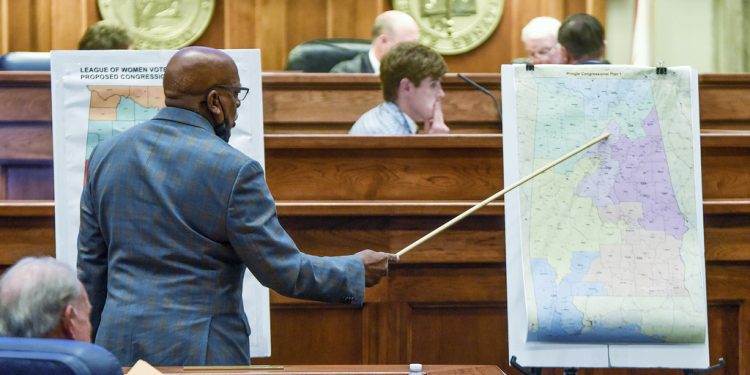 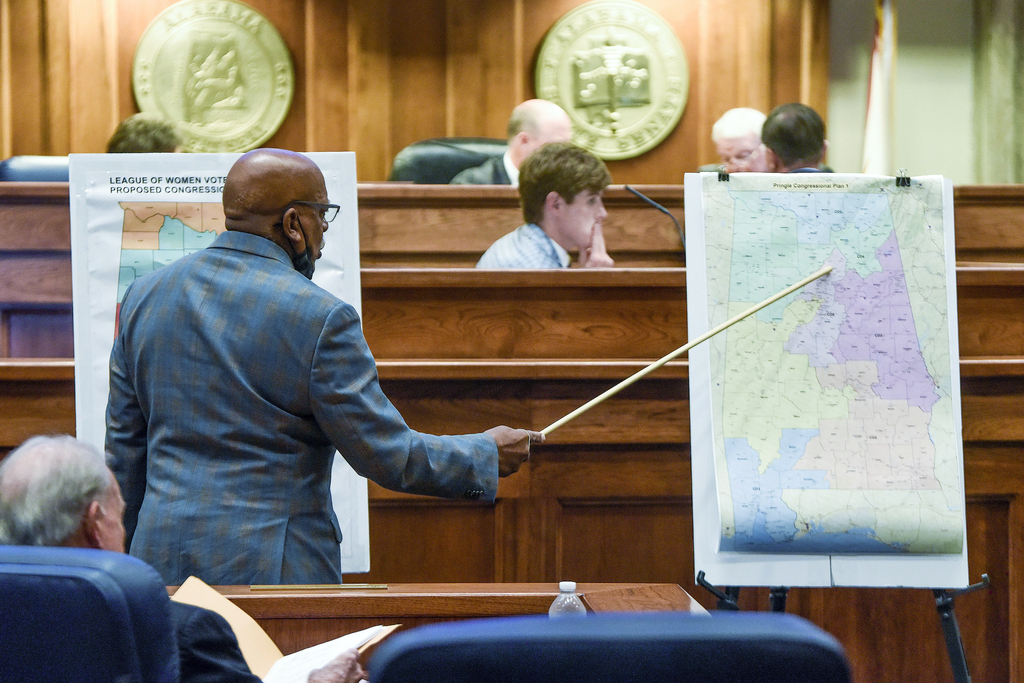 WASHINGTON — The Supreme Court on Monday put on hold a lower court ruling that Alabama must draw new congressional districts before the 2022 elections to increase Black voting power. The high court order boosts Republican chances to hold six of the state’s seven seats in the House of Representatives.

The court’s action, by a 5-4 vote, means the upcoming elections will be conducted under a map drawn by Alabama’s Republican-controlled legislature that contains one majority-Black district, represented by a Black Democrat, in a state in which more than a quarter of the population is Black.

A three-judge lower court, including two judges appointed by former President Donald Trump, had ruled that the state had likely violated the federal Voting Rights Act by diluting the political power of Black voters by not creating a second district in which they made up a majority, or close to it.

Justices Brett Kavanaugh and Samuel Alito, part of the conservative majority, said the lower court’s order for a new map came too close to the 2022 election cycle.

The justices will at some later date decide whether the map produced by the state violates the landmark voting rights law, a case that could call into question “decades of this Court’s precedent about Section 2 of the VRA,” Justice Elena Kagan wrote in dissent.

That decision presumably will govern elections in 2024 through the end of the decade in Alabama and could affect minority political representation elsewhere in the country, too.

Alabama lawmakers redrew the state’s congressional districts following the results of the 2020 census. Several groups of voters sued, arguing that the new maps diluted the voting power of Black residents.

In a unanimous ruling in late January, the three judges said that the groups were likely to succeed in showing that the state had violated the Voting Rights Act. As a result, the panel ordered lawmakers to redraw the districts so Black voters would be a majority, or close to it, in two districts, not one. The ruling ran more than 200 pages.

The panel wrote that “we do not regard the question … as a close one.”

Alabama asked the Supreme Court to put the ruling on hold while it appeals and the justices agreed. The state argued that it drew the new map guided by race-neutral principles and that the new map is similar to past maps.

More than a dozen mostly Republican-led states had filed a brief urging the justices to side with Alabama and allow it to use the maps it originally drew.

Deuel Ross, a lawyer for Alabamians who sued, called the state’s congressional districts “a textbook case of a Voting Rights Act violation” and said the high court’s decision to intervene is disheartening.

But the facts are clear, Ross, a lawyer with the NAACP Legal Defense and Educational Fund, wrote in an email to The Associated Press. “Alabama’s current congressional map violates the Voting Rights Act,” he said. “The litigation will continue, and we are confident that Black Alabamians will eventually have the congressional map they deserve — one that fairly represents all voters.”

Alabama Attorney General Steve Marshall called the order a victory for the state and said he believes the state will “ultimately prevail” in the ongoing litigation.

Marshall’s office argued the state’s congressional districts are similar to those in use, and approved by the courts, since the 1990s.

Roberts, who typically votes against consideration of race, wrote that he shares some of Alabama’s concerns, but still would have let the redrawn districts govern the 2022 election and have future elections governed by the ultimate outcome in the case.

Kavanaugh, writing to explain his vote, stressed that the court has repeatedly declined in the past to change the rules close to an election.

“When an election is close at hand, the rules of the road must be clear and settled. Late judicial tinkering with election laws can lead to disruption and to unanticipated and unfair consequences for candidates, political parties, and voters, among others. It is one thing for a State on its own to toy with its election laws close to a State’s elections. But it is quite another thing for a federal court to swoop in and re-do a State’s election laws in the period close to an election,” he wrote in an opinion Alito joined.

Taking issue with Kavanaugh, Kagan noted that the lower court ruled months before any votes will be cast.

She criticized the conservatives for using the emergency application process known as the shadow docket “to signal or make changes in the law, without anything approaching full briefing and argument.”