DJI sale slashes prices of its drones, but should you wait? 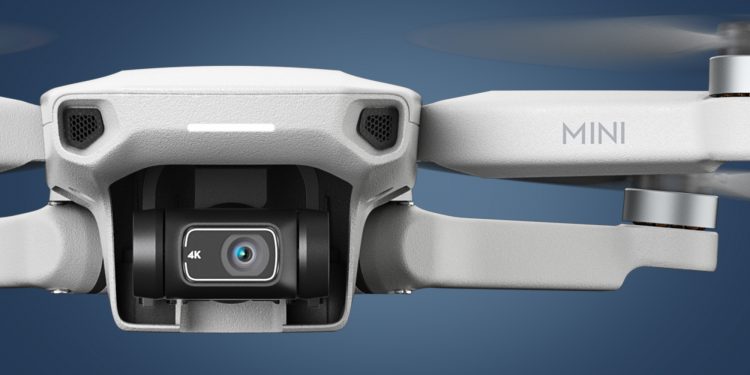 
A major DJI sale has slashed the price on some of its biggest drones for two weeks, but only one of the deals offers the lowest-ever price for one of its flying cameras.

The DJI ‘Spring Sale’ (opens in new tab), which is its global name despite it being fall in the southern hemisphere, is running from April 6 to April 20 and includes price cuts on the DJI Mavic 3, DJI FPV and the older DJI Mavic Air 2, along with its little cube-shaped DJI Action 2 camera.

The best deal is on its DJI FPV (First-Person View) drone in the US and UK, which is down to its lowest price of $999 / £899, a saving of 23% / 28% on its usual price. That beats the price we saw the drone fall to during Black Friday last year, and makes it a good buy for those who fancy dabbling in the dynamic, cinewhoop-style videos that FPV drones are capable of.

But while there are some decent savings on the other drones in DJI’s sale, they don’t all beat some of the prices we’ve seen recently at retailers. The DJI Mavic 3, for example, has been available for the DJI’s sale price at Amazon (in the US) since April 1, and was actually even cheaper in the UK at £1,699.

Given recent rumors about the DJI Mini 3, it’s also a slight surprise to see that the DJI Mini 2 hasn’t been given a discount. Instead, it’s available in DJI’s sales for its usual price, along with a free ‘DJI exclusive badge set’, which isn’t a huge freebie.

Other products that have been given limited edition free gifts, rather than discounts, include the DJI Pocket 2 vlogging camera and DJI OM 5 smartphone gimbal. Buy these during the sale and you’ll get a free ‘DJI crossbody bag’ for carrying accessories. While that could be handy, it is also only worth around $3 / £3.

Which is the best deal in DJI’s drone sales?

If you’re in the US or UK, the 23% / 28% price cut on the DJI FPV is the best deal of its ‘Spring Sale’. It’s a fine way to get into first-person view drones without some of the DIY tinkering that’s traditionally involved, and it also shoots 4K/60p video.

That said, the DJI FPV is a more niche offering than its other models. If you need a more affordable flying camera right now, then the DJI Mavic Air 2 Fly More Combo offers good value at its current $789 / £759 / AU$1,499 price tag, although it’s currently only in stock in the US.

Despite being almost two years old, the Mavic Air 2 is still riding high in our guide to the best drones and shoots 4K/60p video (albeit from a smaller sensor than our top choice, the DJI Air 2S).

If you aren’t in a rush and don’t need an FPV drone, though, we’d be inclined to wait and see what happens with the rumored DJI Mini 3. That drone has been tipped to arrive within the next few weeks and could, based on the leaks so far, effectively be a much smaller version of the Mavic Air 2. There’s also a chance that DJI’s other drones could get discounts in the Amazon Prime Day deals, which are expected to start in July.

That said, all of the models in DJI’s sale are strong options and are currently in our best drones guide, so we’ve rounded up our pick of the best drone deals below – and included links to cheaper offers from retailers, if they’re available.