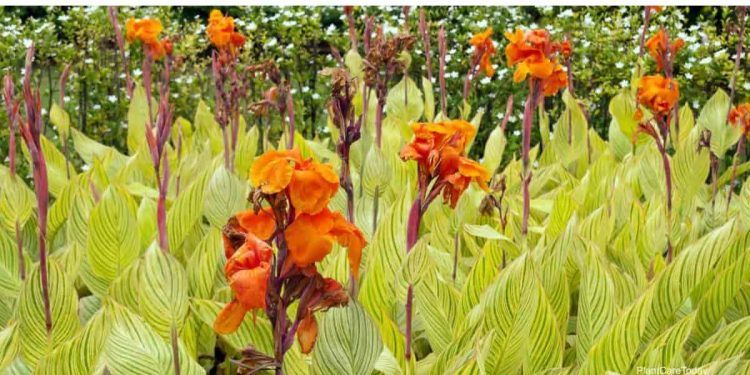 
Canna lilies are an excellent addition to almost any garden with beautiful blooms.

Unfortunately, one thing rarely mentioned is the possibility of these plants getting out of control when left on their own.

They’re known to die back in winter, but what’s happening under the surface?

More importantly, why does it sometimes seem like you have more cannas than you remember planting the previous year?

Cannas do indeed spread, most often through their rhizomes below the surface.

Proper maintenance keeps the plants from overcrowding or escaping your garden.

It’s important to distinguish between rhizomes and bulbs.

These particular roots store food and water and usually have a white interior.

When you cut into a rhizome, it will look like the inside of a potato.

Ginger is an excellent example of a common rhizome.

Meanwhile, bulbs grow vertically and can form offsets (which is why they’re often confused with rhizomes).

Bulbs will have a layered appearance like onions when you cut into them.

Despite popular belief, canna lilies have rhizomes, not bulbs.

These rhizomes often overwinter indoors, so it is typical for the gardening community to mistake them for bulbous plants.

How Do Canna Lilies Spread?

During the growing season, the rhizome of a healthy canna will spread horizontally in all directions to take advantage of the nutrients around it.

The new rhizome portions may sprout their cannas in the following year.

Eventually, the cannas within the clump begin to compete for space, if not tended to.

The oldest part of the clump is in the middle. This portion will begin failing to bloom after a few years while the surrounding stalks continue to bloom.

If not divided, the younger stalks will also begin to suffer the effects of overcrowding in time.

Another cause of spreading cannas is their ability to self-seed.

Canna lily seeds have a thick coating to protect them from damage.

This allows them to hibernate, sometimes for years, until conditions enable the seed to germinate.

When cannas are allowed to go to seed, any seeds that fall onto the ground will remain and could sprout several years later.

If you’re in the practice of uprooting and overwintering your canna rhizomes indoors, there are good chance seeds are getting mixed into the soil or even ending up in your compost pile.

How To Divide Canna Rhizomes?

While it’s not always easy to stop a canna lily from self-seeding, you can help limit the spread of your plants (and improve their health) by manually dividing them.

This is especially important if you live in a zone where they’re left to overwinter outdoors.

In USDA hardiness zone 8, cannas will die back after the first good frost hits, at which point you can remove the dead foliage.

Don’t cut back beforehand, as the cannas are still storing up resources for the winter.

However, zones 9 to 12 won’t have the same frost conditions, so keep an eye out for when the plant has stopped growing.

Cut the plant back to only a few inches above soil level.

This action will help prevent the canna from getting too cold while making it easier to work with.

Since you aren’t overwintering indoors, leaving the roots undisturbed for now is essential.

Spread a 4″ inch layer of mulch over the plant to insulate it.

You may need to use more—up to 12″ inches—in zones cooler than 10a.

Once the final expected frost has passed the following spring, it’s time to excavate your rhizomes.

Grab a shovel, pierce the ground 4″ to 6″ inches away from the canna stems, and cut downwards, working your way around the clump.

Once you’re back at the starting point, use the shovel to pry the clump out of the ground.

Knock or shake the excess dirt off and use a hose to rinse the rhizomes further.

Break the rhizome into 3 to 4 sections with your hands or a sharp, sterile knife, ensuring each section has several eyes.

If it’s been 2 to 3 years since you last divided, you may also wish to discard the central part of the rhizome.

Do the following steps for this procedure:

It’s usually best to allow them to air dry for 2 to 3 days before replanting.

Space them about 30″ inches apart and plant to a depth of 4″ inches.

You can also plant individual rhizomes in 12″ inch pots.

Any leftover rhizomes may be discarded or given away. 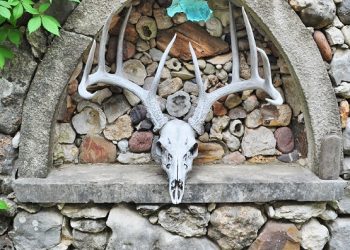 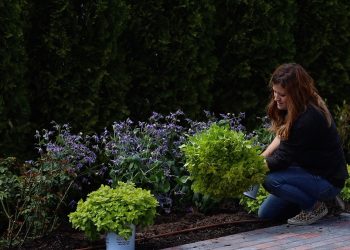 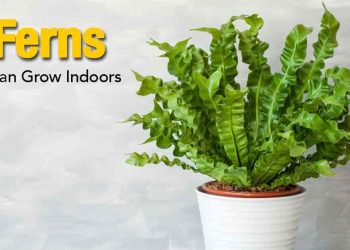 Growing ferns… with their amazing... 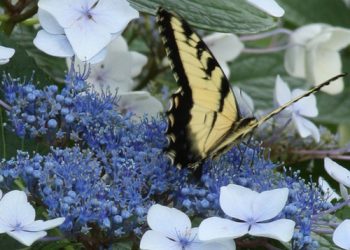 Stunning Hydrangeas for the Southern Garden 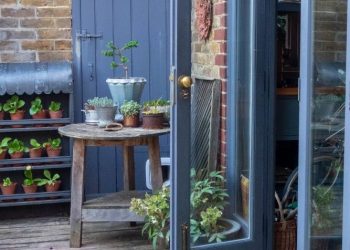