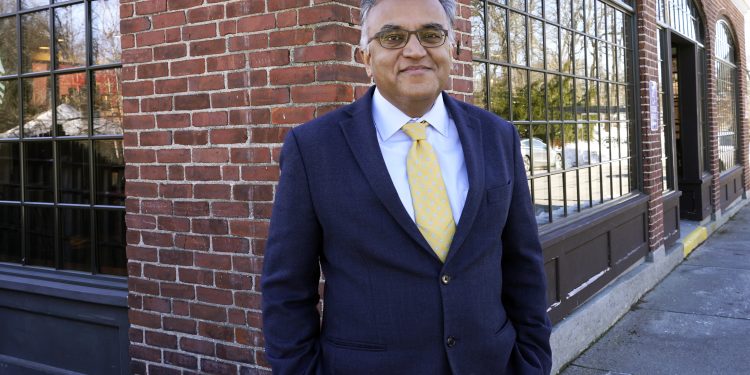 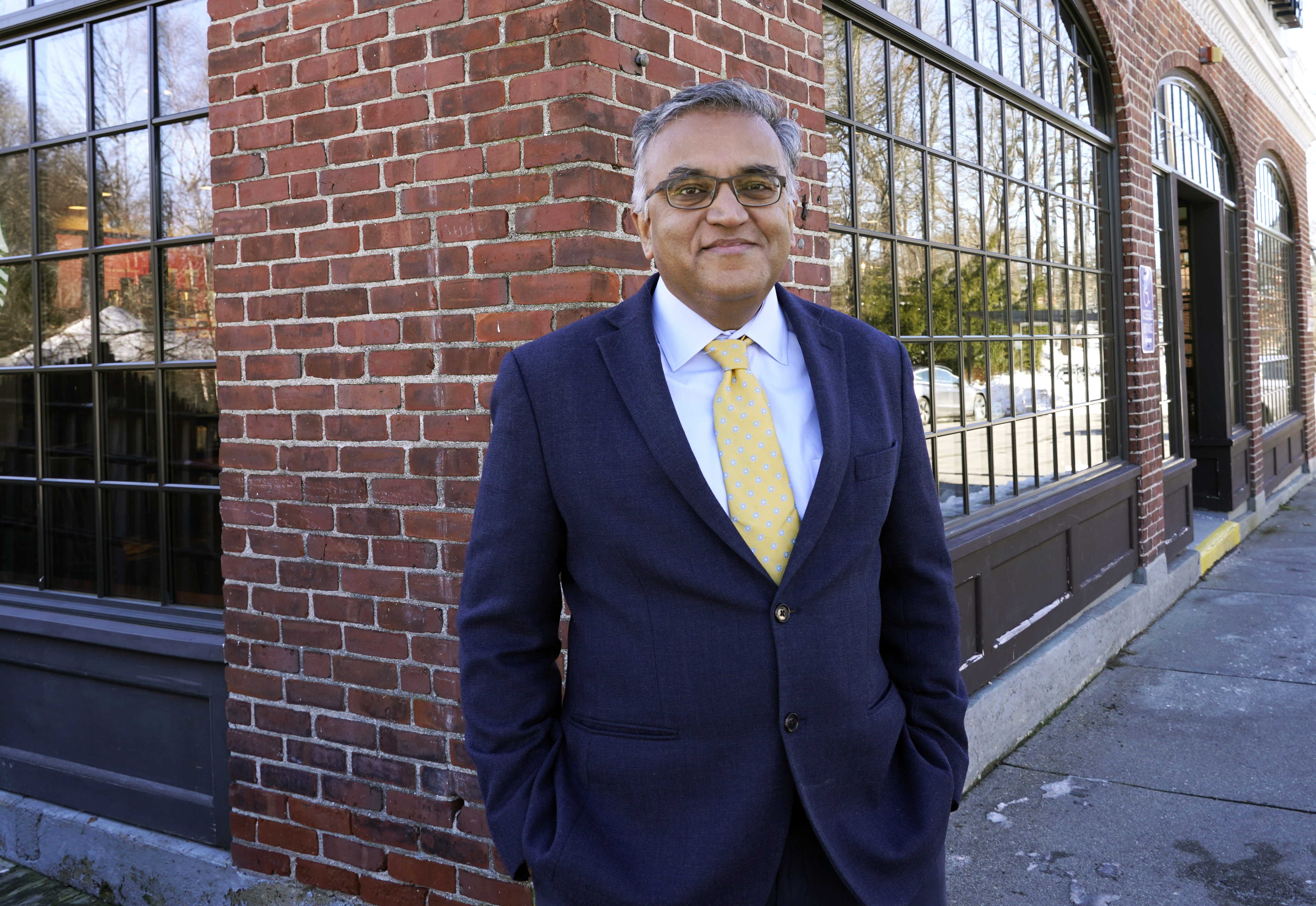 In the weeks since Jha’s announcement, administration officials’ surprise over the selection has given way to skepticism, with some privately questioning how an academic well known for his television commentary will manage a complex operation that touches every part of the federal bureaucracy.

Close Biden allies and medical advisers have expressed similar misgivings about Jha’s ability to exert influence as an outsider thrust into a tight-knit West Wing. And among those who spent the last year combating the pandemic at the center of Biden’s presidency, there is lingering confusion over what the departure of Jeffrey Zients as Covid coordinator and the elevation of Jha portends. Is it a new era in Biden’s war on Covid, or the beginning of the end for the White House’s crisis response?

“We’ve got all these communicators,” said one Biden official working on the pandemic effort. “But do we have anyone left who knows operations?”

Jha himself appears to be aware of the concerns. According to three people familiar with the matter, he is planning to bring on a deputy with government experience who’s well versed in the byzantine structures of the federal government.

The uncertainty gripping Biden’s Covid team, described in interviews with 11 administration officials and others close to the response, underscores the delicate transition the White House is now trying to navigate more than 14 months into the president’s term. Covid cases and hospitalizations are hitting lows not seen since last summer. Public health precautions like mask wearing and social distancing have disappeared across much of the country. And among Democratic voters and lawmakers alike, there is a growing desire to finally leave the pandemic behind.

Yet there’s also grudging acknowledgment that the administration’s work remains far from finished — and that Covid could come roaring back at any moment. The government is preparing for yet another round of vaccine distribution and still working to authorize shots for the youngest children. Wide-ranging plans to reinforce schools and workplaces against future outbreaks and stockpile life-saving treatments hinge on Congress breaking a stalemate over billions of dollars in funding.

On top of all the logistical challenges, health officials are closely tracking the rise of the Omicron subvariant, BA.2, for signs that a new surge is already on the horizon. The subvariant is now the dominant strain in the U.S., with cases in states like New York steadily climbing over the past week.

Jha, who officially takes charge of the Covid response next week, rose to prominence as a widely respected medical expert with a penchant for cutting through the confusion of the pandemic with clear explanations and easy-to-understand advice.

As dean of the Brown University School of Public Health, the 51-year-old has become a ubiquitous presence on television and on Twitterwhere he’s provided constant guidance to a following that numbers well into the six figures (He’s expected to continue tweeting as a government official, likely from an official administration account). Jha has also quietly counseled state leaders, federal officials and congressional lawmakers, winning respect among both Democrats and Republicans for his measured and studiously nonpartisan approach to managing the Covid crisis.

“Communication is such a critical part of what takes place: It helps build trust and it helps maintain trust,” said Richard Besser, CEO of the Robert Wood Johnson Foundation and a former acting director of the Centers for Disease Control and Prevention, who praised Jha’s appointment. “It’s really important that the White House continue to lift up the message that the pandemic isn’t over.”

Yet even his admirers have questions about how Jha will adapt to life inside the administration. A longtime academic, he has limited government experience outside of a stint at the Veterans Affairs Department a decade ago. While Zients boasted preexisting relationships within the White House from his time as a top Obama-era official — during which he oversaw the salvaging of the Obamacare website rollout — Jha will need to learn on the fly what levers to pull and who he can rely on.

Perhaps most crucially, Jha will be forced to weigh his public health instincts against the administration’s broader political considerations — a balance he hasn’t yet had to strike during the pandemic.

“The main question — and it’s only an open question — is that he doesn’t have government experience” at the uppermost levels of the administration, said Ezekiel Emanuel, a bioethicist and former Covid adviser to the Biden transition. “And there’s a lot more that has to be coordinated.”

The White House did not make Jha available for an interview. But it has largely dismissed concerns about him, arguing that his advisory work with governors and federal officials has steeped him in how the government works, and insisting that the majority of the operational work is already done.

Under Zients, the administration built out a vast vaccine distribution network, expanded the nation’s testing infrastructure and launched initiatives to make masks more widely available. It devoted billions of dollars toward efforts to keep schools open, and created pipelines to ensure the supply of vaccines and Covid treatments.

Those systems have weathered multiple surges already, providing a backbone that can be adapted and expanded as the administration increasingly focuses on longer-term efforts to insulate the U.S. from future outbreaks.

“We have all the infrastructure in place,” a senior administration official said. “So now what we’ve had to shift our thinking to is how we are managing this public health issue in the long term.”

The White House is counting on Jha, in the meantime, to provide Americans with clarity for how they should adapt to the pandemic’s fluctuations — serving as a credible government voice that has yet to be tainted by partisan attacks or messaging mishaps.

“Dr. Jha has the calming, steady hand and deep public health and pandemic preparedness knowledge we need,” Zients said in a statement. “President Biden wanted a leader who would sustain and build on the progress we’ve made, been an effective communicator, and help America move forward safely; that is not an easy find, but he found it in Dr. Jha.”

Biden, for his part, has appeared to seek a middle ground in his approach to the pandemic of late — emphasizing the need for vigilance and touting his administration’s preparedness while dialing back the White House’s crisis posture on an issue that Democrats worry has weighed on their political chances.

The pace of White House-run Covid briefings slowed as the nation emerged from the Omicron surge. A budget blueprint that Biden released Monday sought tens of billions of dollars in pandemic preparedness funds, but emphasized the money would support work on both Covid and other future public health threats conducted within the administration’s Health and Human Services Department. On Wednesday, the administration unveiled a website meant to serve as a central resource for people to find the latest public health guidance and get access to masks, Covid tests and treatments.

In choosing Jha, people close to the response said Biden reinforced the impression he’s eager to recalibrate the White House’s focus on the pandemic — elevating a trusted expert who can direct the administration’s messaging, while allowing individual health agencies to take over more of the logistical work.

“On the surface, it looks like there’s still a lot of firepower in the White House,” said one of the people close to the Covid response. “But on the operational level, it’s all moved over to HHS.”

The hire had the support of White House chief of staff Ron Klain — who had long admired Jha for his clear evaluations of the Covid threat in Twitter threads and TV appearances — and Zients, who concluded that his successor needed to be able to remedy the muddled messaging that’s dogged the pandemic response at key points, people familiar with the matter said. Zients had long relied on Jha’s outside input in crafting the White House’s response over the past year, and Jha has privately worked with top officials at the CDC and Food and Drug Administration on Covid issues.

Still, the appointment came as a surprise to much of the rest of Covid team, some of whom said they only found out shortly before the announcement went public. The rollout upset top health officials, who wondered why they weren’t consulted on Jha’s appointment, according to two people familiar with the matter.

And while the team knew Zients and his deputy, Natalie Quillian, were planning to leave eventually, some staffers felt betrayed — especially since Zients had previously prevailed on some of them to stay on longer than they’d planned, three people familiar with the matter said. Two of those people said that even after announcing his plans to leave, Zients during a series of one-on-one meetings to discuss the transition has asked staffers to remain on the team to help Jha.

Two senior administration officials defended the rollout, telling POLITICO that Zients and Quillian took pains to ensure that every person on the Covid team was individually notified and walked through the changeover ahead of the public announcement.

Some Covid team staffers, convinced that Jha’s appointment precedes a hollowing out of the White House-level pandemic response unit, are looking for new jobs. Others, who never anticipated staying so long in such all-consuming roles, are weighing using the transition as their opportunity to get out. Some of those who expect to stay worry that the bureaucratic coordination critical to the response effort will suffer under Jha as he learns how the administration works and individual health agencies jockey for greater influence in the interim.

“The concern is that he has no government experience and can’t wrangle people and break down barriers as Jeff did,” another person close to the Covid response said of Jha.

The senior administration official disputed that the transition represented any sort of wind down, insisting that there will remain a “robust operation” at the White House.

“The president laid out a national preparedness plan that he feels strongly about that we are executing on, and that leadership will happen from the White House,” the senior official said.

Even so, within Biden’s health department, there is some hope that top health officials like HHS Secretary Xavier Becerra and new FDA Commissioner Robert Califf will assume more prominent roles that eventually allow them to incorporate more parts of the Covid response into their respective agendas.

Yet the virus has spoiled Biden’s best-laid plans several times before. And as Jha prepares to take the reins, health experts inside and outside the administration have warned the White House that this next stretch will be crucial to limiting the potential for a damaging lapse in its progress against the pandemic.

“There are still a lot of challenges ahead,” said Peter Hotez, a virologist at the Baylor College of Medicine who’s in touch with the Biden Covid team. “This is not a mop-up campaign by any means. We’re still very much in the throes of the pandemic.”

How to ‘detox’ potentially offensive language from an AI 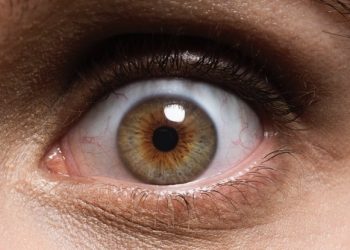 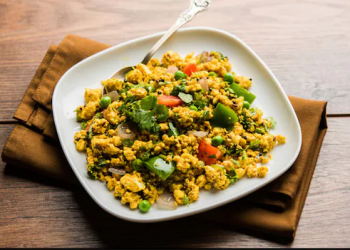 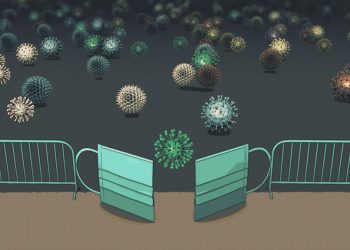 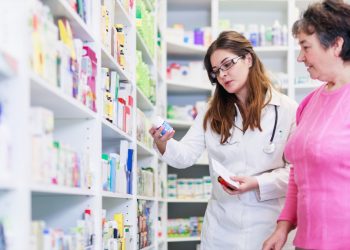 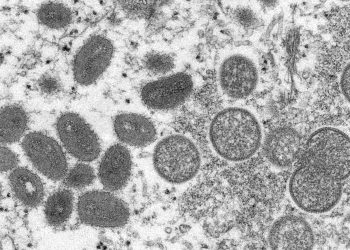 How to 'detox' potentially offensive language from an AI