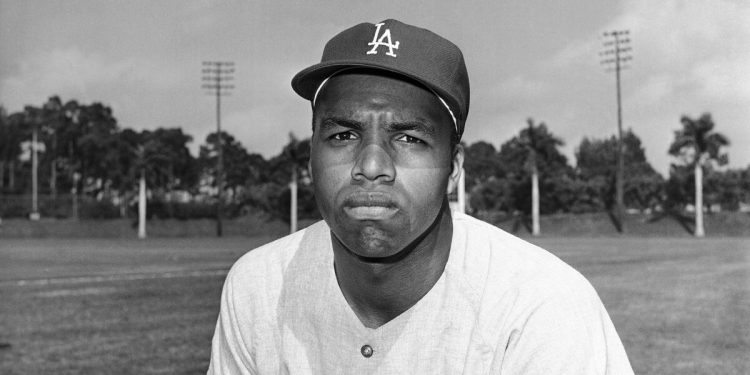 
Hi, and welcome to another edition of Dodgers Dugout. My name is Houston Mitchelland we have sad news this newsletter.

Our own Mike DiGiovanna wrote a nice obituary of him, which you can read here.

“He’s, like, my hero — that’s why I wear No. 12, because of Tommy Davis,” said former Dodger Dusty Bakernow the Houston Astros’ manager. “He was a heck of a player, heck of a hitter. He helped me out as a player when he was on the Orioles.

“I remember he used to always tell me, ‘You’ve got to sit to hit.’ Sometimes when you meet your hero, you’re disappointed, but not with him. He was even a greater guy as a hero than he was as a player.”

Tommy Davis was born Herman Thomas Davis Jr. on March 21, 1939 in Brooklyn. Naturally, he grew up a Dodgers fan. He was all set to sign with the New York Yankees in 1956 when a phone call from Jackie Robinson changed his mind.

“I don’t remember what Jackie talked about. Probably the advantages of signing with the Dodgers,” Davis said in a 2011 interview. “The important thing was that he took the time to call. I was going to sign with the Yankees on a Tuesday night. Instead I signed with the Dodgers on a Tuesday afternoon.”

“Starting and playing every day was the key,” Davis said in 2011. “Maury [Wills], [Jim] Gilliam and Willie [Davis] all had good years in front of me, and Frank Howard behind me hit 31 bombs, so I saw a lot of fastballs. [Ron] Fairly was always pissed off. He said after Howard and I were done there was no one left for him to drive in.”

Davis followed that up by hitting .326 in 1963, again leading the league. He hit .400 in the World Series, where the Dodgers swept the Yankees.

He had a good year in 1964, though not near as good as the previous two seasons, and was looking to rebound in 1965 when he suffered a devastating setback.

On May 1 against the Giants, Davis slid into second base and broke his ankle. “I was running on the inside of the baseline expecting [Orlando] Cepeda to throw to [José] pagan,” Davis said slowly. “As I approached the bag I did a crossover step with my left leg and the back spike of my right leg caught in the clay and turned my foot completely around. I was in shock. A Dodger trainer came on the field and snapped my foot back in place right on the basepath.”

In the clubhouse “I was feeling pretty good and was thinking maybe it’s not broken. Then Dr. [Robert] Kerlan came to see me and said it felt like a bag of walnuts in my ankle. I said, ‘Oh man, don’t tell me that.’ ”

The Dodgers traded him after the 1966 season to the New York Mets for Ron Hunt and Jim Hickman. He final season was in 1976, with the Angels and Kansas City Royals.

Paul Hirsch and Mark Stewart wrote a great biography a couple of years ago for the Society for American Baseball Research. You can read that bio here.

As for the pitchers, here’s a prediction:

The season opener for most teams is Thursday, but not for the Dodgers. They open Friday at Colorado, where they will take on the Rockies at 1 p.m. It will be available on Sportsnet LA and the Dodgers radio network.

The Dodgers have announced some new food and drink selections at Dodger Stadium this season:

—Funnel fries will be served with chocolate or raspberry syrup and powdered sugar and are available at the Dunkin stand on the field level and Trolly Treats on the loge and reserve levels.

—Louisiana Hot Link, bratwurst, Italian sausage and plant-based bratwurst will be available at the LA on Deck Circle on the field level and reserve level.

—Spiral potatoes with salt and pepper, garlic, mesquite, tajin, cotija cheese, and chili lime aioli, or a signature BBQ Burnt Ends potato with bbq spice, chipotle aioli and picked red onions will both be available at the Twisted Tatoes Stand on the reserve level.

—Several flavors of aguas frescas will be available for purchase:

These drinks will be available at the Hornitos Cantina on field level, Eats and Drinks in the center-field pavilion and the LA Taqueria on reserve level

—A Caprese Grinder will be served on French bread with fresh mozzarella, basil, sliced tomatoes, and balsamic glaze. This dish will be available at the Dodgers Deli on the loge level.

—The Cold Cuts Grinder will be comprised of a French roll, mortadella, salami, capicola, provolone, sliced tomatoes, shredded lettuce and hot giardiniera and will be available at the Dodgers Deli on the loge level.

—Nashville style tenders will be tossed in Nashville seasoning and served with crinkle cut fries and will be available at the Sweet Chick stand on the field level.

—The Korean short rib bowl will have steamed rice topped with wok fired beef and steamed broccoli. The bowl will be served at Base Bowls on the field level.

—Dessert Nachos, a traditional style nacho bowl served with buñuelos, soft serve ice cream, strawberries, and chocolate sauce. The item will be available at the Dunkin Stand on the field level and Sweet Spot on the loge level.

—MVP BBQ Platter will be served with burnt ends, corn bread, pulled pork, coleslaw, and smoked picante. The platter is available at the Think Blue BBQ in the centerfield pavilion.

Dave Roberts sets up and scores the tying run in the 2004 ALCS. Watch and listen here.

What does a mobile phone ‘CU80’ conviction do to motor premiums?

What does a mobile phone 'CU80' conviction do to motor premiums?