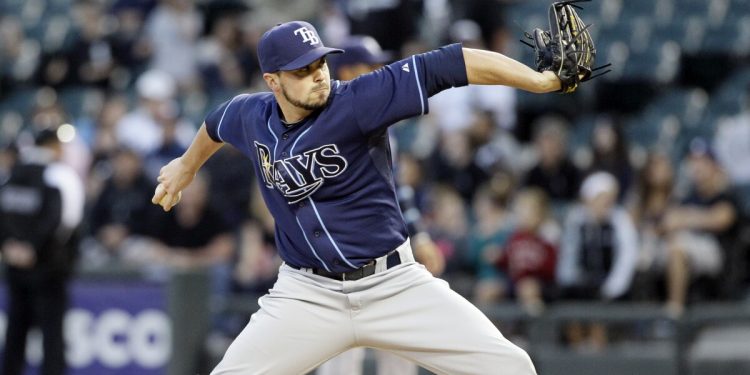 
The Dodgers are making Brandon Gomes their new general manager, promoting the 37-year-old executive to a post that had been vacant since Farhan Zaidi’s departure four years ago.

A former pitcher with the Tampa Bay Rays who joined the Dodgers following his retirement as a player in 2016, Gomes has risen quickly through the club’s front office. He moved from pitching coordinator in 2017 to director of player development in 2018 to vice president and assistant general manager the last three seasons.

Gomes’ promotion on Tuesday comes on the heels of an offseason in which he was reportedly considered as a candidate for other GM openings, including the New York Mets’ position that eventually went to former Angels GM Billy Eppler.

Instead, Gomes will become the first GM to work under Dodgers president of baseball operations Andrew Friedman since Zaidi was hired by the San Francisco Giants following the 2018 season.

“This is something that, since I got done playing, I was hoping to get to at some point in my career,” Gomes said. “It’s just something that will be incredibly fulfilling, to continue to work with this group with the goal of winning as many championships as possible.”

Friedman highlighted Gomes’ recent playing experience, background working in the Dodgers’ farm system, and natural leadership abilities as some of his biggest strengths as a front office executive.

“He’s had such an incredible impact on everything he’s touched,” Friedman said. “He’s moved pretty quickly, but you could argue that he could’ve moved even quicker.”

A Massachusetts native drafted by the San Diego Padres in 2007, Gomes was acquired by the Rays during Friedman’s tenure as that club’s GM. Gomes spent all five years of his big league career in the Tampa Bay bullpen, amassing a 4.20 ERA and 144 strikeouts over 173 outings.

After retiring in 2016, Gomes reconnected with Friedman, who hired him to be the Dodgers’ minor league pitching coordinator. Gomes was bumped up to director of player personnel a year later, replacing Gabe Kapler after he was hired as the Philadelphia Phillies manager.

Guided by his background in player development, Gomes brought a player-focused approach to the front office after being named assistant general manager in 2019, helping coordinate communication between the club’s analytic department and both the major league and minor league staffs.

As general manager, Gomes will continue to take on increased responsibilities across all facets of the Dodgers’ front office.

“I think we have a very collaborative front office set-up to begin with,” Friedman said. “I think with this, it will further enable him to touch all aspects of baseball operations. He and I will partner to figure out the ebbs and flows of the calendar. Maybe some years where I focus more on some areas and him on others. … Just communicating our way through it.”

A front office structure featuring both a head executive and general manager has become increasingly popular around MLB over the last decade, with about half of the league’s clubs utilizing both roles.

The Dodgers had once been part of that group until Zaidi’s departure, after which the team decided to leave the GM spot unfilled the last three seasons — waiting for the right time, and the right person to resume the role.

“We weren’t in a rush to do it, but if pressed at that time, I would have guessed that it would be Brandon,” Friedman said. “And all he’s done is continue to dominate everything he’s touched since that time.”

Damon Jones has been hired as vice president, assistant general manager and baseball legal counsel. He had been the Washington Football Team’s general counsel and has previous MLB experience with the Washington Nationals.

Alex Slater has been promoted to vice president and assistant general manager. Slater has been with the Dodgers since 2014 and was previously serving as director of baseball operations.