Does Project L have what it takes to make it big? 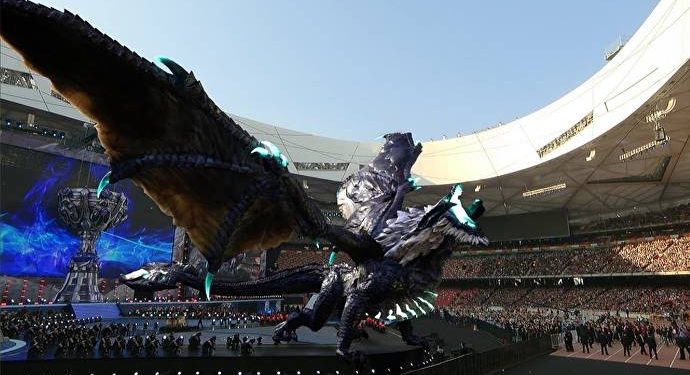 
It’s surprisingly easy to hop on board the hype train that encircles Project L – the elusive Riot Games 2v2 fighting game – in spite of the lack of information around it. At the time of writing, the only information we have to chew on is an all-too-brief video released at the tail end of 2021, that gives only a taste of a game so early in development it doesn’t even have a name. Even so, in a mere six minutes, a massive portion of the global fighting game community have had their tastebuds primed, and their curiosity piqued.

This all begs the question – does Project L have what it takes to make it big in a genre filled with competitors packing decades of experience? Is there any substance behind the excitement, or is the groundswell around the game unearned? For those curious about Project L, let’s dive right in.

The big name hires – who are Tom and Tony Cannon?

If you were to boot up the aforementioned video (embedded above if you haven’t seen it) you’ll have been greeted by the beautiful shining domes of the Cannon brothers. These two have a long and impressive history when it comes to fighting games.

Let’s start with Tom. For those with vague knowledge of the competitive scene around fighting games, Tom was the founder of a little tournament called Battle by the Bay back in 1996, which would grow into EVO – the largest and most prestigious fighting game event in the world (which was recently purchased by Sony).

Now more than twenty years later Tom has passed the General Manager role at EVO onto another established tournament organizer Rick Thiher, who will carry the torch onwards. With two decades of experience behind-the-scenes at such an event, there are few people who’re trusted to know how to make fighting games shine for not just the genre die-hards, but a mass audience to boot.

Onto Tony Cannon, who developed GGPO back in 2009. To put it simply, it’s a netcode solution for peer-to-peer games that went a long way in fixing the genre’s biggest issue. In a lot of ways, GGPO laid the foundation for the massive push towards exceptional online play we’re seeing today.

So when Riot brought them both together to act as the faces of its fighting game project, you can start to see why those aware of the brothers’ history looked to Project L with itchy fingers and excitement in their eyes.

I’m reading some of these comments in these Project L threads and do people really not know who Tom and Tony Cannon are and why we’re in such good hands? They are literally the godfathers of the fgc and @Pond3r invented rollback. There’s no one I’d put more faith in than them

If you remember back to when Valorant was announced, Anna Donlon immediately addressed some of the biggest problems that people were fed up with in the competitive FPS shooter – namely peeker’s advantage and the connection issues that caused it.

Project L has very much done the exact same thing. Fed up with bad online experiences? ‘Bang,’ says Tony, ‘we’re using rollback netcode and the server network that we use with League and Valorant’. Are you fed up with the high barrier-to-entry that fighting games are known for? Well Riot’s addressing that, too, and has noted that it is making the character roster easy to learn with simplified inputs, while still having that depth you’d expect.

So Riot has already outlined that it’s aware of all the problems it needs to overcome if it wants to make it big in a space dominated by long-established franchises (Street Fighter, Tekken, Guilty Gear and even Smash). The knowledge that Riot is willing to throw money and time at those problems, and devote its best-in-class tech to solving them, means that a lot of “will they, won’t they” guessing game is missing, at least when it comes down to the important stuff at launch. Now all that’s left is to speculate on the fun stuff – like what champions they’ll be adding and the sort of esports infrastructure we can expect.

If there is one barrier to jumping into any genre for the first time, it’s building an audience. Look only to the graveyard of battle royales, MMORPGs, and MOBAs that failed to tear players away from their favourites and died as a result. What Project L possesses that many other games lack is a pre-existing audience before the game is even out: the millions of people who will at the very least have a passing interest in the game, simply due to the world and characters they’ve grown to love in a universe that exists throughout games, TV, and God knows what else.

Stack on top of that the nature of this audience; there’s a deep, persistent competitiveness that flows through each of Riot’s games – be it the daunting lanes of League of Legends to the bomb sites that litter VALORANT, the crowd that circles Riot’s games are already down with getting into something difficult and PvP focused. If there are two descriptors you could assign to fighting games, ‘difficulty’ and ‘PvP focus’ fit rather snugly, right?

Enter your general fighting game fan – who is more than used to hopping from game to game as long as the netcode is good and the matches are hype – and you’ve got what will likely be a strong initial playerbase with the right mindset. Whether the game can retain a good chunk of this audience is something we’ll have to find out ourselves, but if it can hit even a portion of the popularity that League or Valorant has, it’ll be far and away one of most successful games in the genre.

So, does Project L have a chance at making it big?

Absolutely yes. With everything we’ve seen (barring any anomalous issues that may throw the game off its course, like the on-going issues at Riot at large) Project L may well be making waves whenever it comes out. It’s all quite exciting, really. In spite of the thousands of burning questions surrounding the title, we’ll certainly be keeping an eye out for any tidbits that creep out in the coming months.

Let us know below what you think of Project L! Do you think it’ll make as big an impact as some out there are anticipating, or does it have a lot to prove before it can stand alongside the old greats like Mortal Kombat or Street Fighter?

Serie A leaders Inter Milan march on with draw against Atalanta