Does this £200 jar of Lyma supplements work better than High Street rivals?

The jars look so stylish, they’d be more at home on a mantelpiece than in a medicine cabinet.

And you’d be more likely to find these vitamin supplements on sale at high-end department stores than in your local chemist.

The claims made by the firms behind them are equally lofty: a few capsules a day will make us ‘smarter’, ‘sharper’ and improve our sex lives.

We asked the experts… 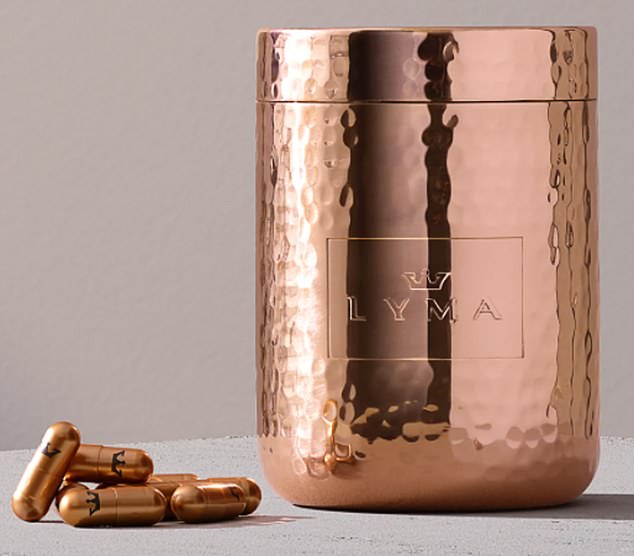 Lyma’s £199 jar of supplements (pictured) will last a month and comes in a trendy jar. It claims to ‘maximise your immunity’ and ‘sharpen’ your mental focus

An ‘immune-boosting’ potion that costs an eye-watering £4,300

WHAT’S IN IT? Just ginseng – the root of a plant found in China – which has been steamed, dried and liquidised. Samsidae’s ginseng is harvested every six years for ‘optimum potency’.

THE VERDICT: Samsidae isn’t clear about why its so expensive, but there are cheaper ‘pure’ ginseng equivalents. The Mail on Sunday found one bottle by German Pharma that offers the same dosage for £14.99 per two months’ supply. 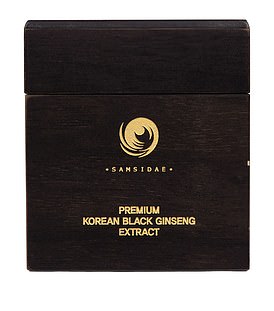 DOES IT WORK? ‘There is significant research that tiny compounds in ginseng stimulate the release of insulin – which converts the sugars in our food to energy,’ says Dr Ward.

‘But studies show that a cup of English breakfast tea has just as significant an effect on insulin. If you drink three cups of tea every day, you’re probably getting the same benefit.’

THE CLAIM: Lyma’s supplement will ‘maximise your immunity’, ‘master stress and anxiety’ and ‘sharpen’ mental focus.

It is also said to improve the appearance of nails, hair and skin, and reduce the risk of bone fractures. Pop singer Ellie Goulding and Victoria’s Secret models swear by it.

WHAT’S IN IT? Each capsule has vitamins for bone and immune health, such as K and D.

There are also plant extracts and spices such as ashwagandha, turmeric and saffron, keratin (the protein in skin, hair and nails), a compound said to help prevent memory loss called citicoline, and a fatty acid.

IS IT WORTH IT? ‘Spending more on a supplement doesn’t mean it’s going to be better for you – Vitamin K, for instance, will always be Vitamin K, no matter how much or how little you pay for it,’ says Dr Penny Ward, visiting Professor in Pharmaceutical Medicine at King’s College London.

‘That’s putting aside whether the average person even needs to take supplements – a healthy, balanced diet usually provides everything we need.’

You can get Vitamin D3 at £8 for a month’s supply at Holland and Barrett. And you can buy a six months’ supply of every ingredient separately online, with each costing between £10 and £20.

And will the ingredients do as Lyma says they will? Dr Ward says: ‘There’s little high-quality research to show they do anything.’

THE CLAIM: The combination of ‘potent’ compounds is designed to help with menopausal symptoms including anxiety, memory loss, lack of libido and energy slumps.

IS IT WORTH IT? ‘These botanical compounds contain microscopic elements that work similarly to the sex hormones testosterone and oestrogen,’ says Dr Ward.

‘Studies have shown that tribulus terrestris can boost libido and enhance muscle growth in menopausal women. And ginseng and ginkgo leaf contain flavonoids that act like oestrogen in the body and potentially reduce menopausal symptoms.

‘But it’s unlikely that the dose in any supplement will be high enough to make a difference.

‘Doses high enough to have a positive effect would also come with less pleasant side effects, such as excess hair growth, which is why supplements can’t use quantities that would make a difference.’

A three-month supply of ginkgo and ginseng is available from Healthspan for £12, while two months of tribulus terrestris is £10 from supplement website mobu.co.uk.

THE CLAIM: The high dose of Vitamin C, plus fatty phospholipids, means the body absorbs more of it compared to cheaper alternatives.

WHAT’S IN IT? Each sachet contains 1,000mg of powdered Vitamin C – 25 times the NHS-recommended amount. There is also 1,000mg of a type of fat derived from fish, algae, and shellfish called phospholipids.

IS IT WORTH IT? Two Berocca tablets from Boots will give you the same amount of Vitamin C at a fifth of the price.

Dr Ward says: ‘Studies show that once you hit 200mg of Vitamin C, you get no further benefits at all with a higher dose.’

Research has shown that taking supplements with fat can reduce the time it takes for the ingredient to travel to the bloodstream.

Supplements with added fat are known as ‘liposomal’, and are usually more costly than standard vitamins.

‘But Vitamin C is digested quickly anyway,’ says Dr Ward. ‘Even the cheapest Vitamin C tablets should reach maximum blood levels in about 30 minutes to an hour.’

THE CLAIM: Aethern says its ‘first-of-its-kind’ liquid supplement will make skin at least 20 per cent firmer, more hydrated and radiant after 12 weeks of daily use.

WHAT’S IN IT? Each of these liquid, 25ml ‘shots’ contains ‘bioactive’ collagen peptides – the protein that gives skin its elasticity – moisturising hyaluronic acid, silicon extracted from bamboo extract, Vitamin E, fatty acids, and a host of ‘natural’ botanical ingredients such as pine bark and grape syrup.

IS IT WORTH IT? ‘The body makes collagen by breaking down proteins in our food into compounds called amino acids, and using them to form the substance in skin, joints, cartilage and other tissues,’ says Dr Ward.

‘But when collagen is swallowed, it makes its way through the digestive tract and the majority is excreted out of the body in urine.

‘There’s no proof that enough is absorbed into the blood stream to make any difference to the skin. As you get older, the body stops producing collagen, regardless of what you put into it.’

No other product on the market we could find has the same combination of 14 ingredients. But two of the most active – collagen peptides and hylauronic acid – can be found in another drink, Radiant Collagen, costing about £60 per month.

IS IT WORTH IT? Centella Asiatica is the hero ingredient in this supplement, which contains potent compounds that have been shown to help burns heal, and soothe irritated skin, according to a handful of small studies. But the ingredient is widely available at a lower price in face creams – where it is more likely to make a visible difference.

‘There is more evidence to support the benefit of applying treatments directly to skin, as opposed to swallowing them,’ says Dr Ward. ‘So, when packaged as an oral supplement, what you have is essentially a jar of pot-pourri.’

Cosmetics website lookfantastic.com sells a cream by Purito, of which 50 per cent is Centella Asiatica, for £5.36.

Primrose Oil and Vitamin C can be found for under £15 online as a face serum, and for a few pounds a month as an oral supplement.