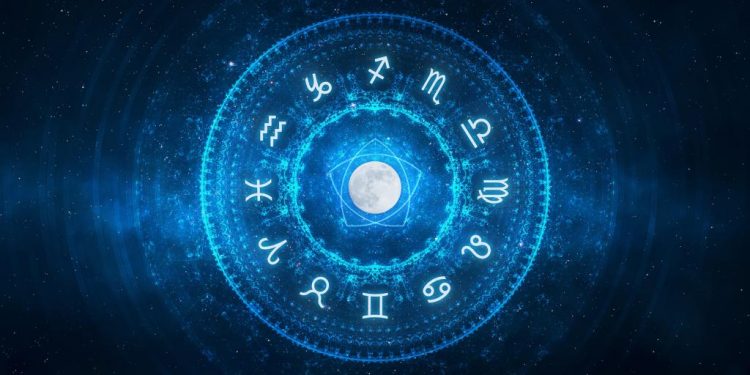 Within a birth chart, aspects show us how planets are connected to each other. Aspects between two planets include trines, sextiles, conjunctions, oppositions, and squares with trines and sextiles considered “soft angles,” and oppositions and squares “hard angles.”

As Debi Kimpton Smith sagely points out in her seminal tome “Secrets From a Stargazer’s Notebook,” “A hard angle makes you dynamic and interesting, but twisted. A soft angle makes you charming, lazy, and dull, but lucky.”

A square aspect occurs when two planets stand a cool 90 degrees away from each other and share the same modality or quality (cardinal, fixed or mutable). To take it a step further and add a bit more skin to the star game, a pattern aspect occurs when three or more planets conspire to form a shape within the birth chart.

Enter the famed and fraught T-Square, which forms when at least two planets oppose each other and both square a third planet. Said third planet is known as the apex or focal planet and it is where the energies of the opposing planets are activated and can, hopefully, express and ultimately resolve their conflicting natures, where a knot becomes a braid if you will.

As any life coach, high school principal and/or drug rehab poster will tell you, challenges are just opportunities in disguise and offer the chance to realize our full potential. The opposing planets within the T-square are related to perspective and the square to activation, a combo that gives live birth to conflict and sets the stage for greatness. No pain, no gain my babies, no T no W.

The planets within a T-square fall within the same quality and the nature of the square will be influenced by that quality. If the T-square is cardinal, the native is ambitious and energetic, quick to action but also prone to interfering in the lives of others and hurling themselves into dangerous situations without need or hesitation. Jared Leto has multiple T-squares including a cardinal T-square in his birth chart.

If fixed, the T-square native is determined and stubborn AF, this modality also suggests a certain immovability and a propensity to repeat patterns and feel stuck. Oprah Winfrey and Queen Elizabeth II both have fixed T-squares in their respective birth charts.

There’s a phantom limb aspect to the T-square. This is the point in the birth chart where, if a planet were to oppose the focal planet, a grand cross aspect pattern would emerge and complete/balance the dynamic. For those with a T-square, anything transiting this phantom point will shed light on areas of life where emptiness or a sense of something missing can be felt. Astrologers believe this point is the key to relieving the tension of the T-square. While the focal point is activating, the phantom point is stabilizing. Determining the house and sign of the phantom point reveals what kind of energy is called for and action needed to balance the strain of the T-square.

To see a T-square in action we need look no further than Rocketman himself Sir Elton John. EJ, who’s middle name is Hercules bc why the f**k not, has a T-square pattern formed by his moon in Taurus opposing his Chiron in Scorpio, both squaring his Saturn in Leo. In this instance, the T square is fixed indicating an unyielding disposition and a tendency to hold too tight and too long to trauma and tribulations.

The focal planet in this T-square is his Saturn in Leo indicating (for general purposes) that the opposition between EJ’s emotional nature (moon) and primordial wound (Chiron) seeks expression through and puts strain upon the planet of structured success (Saturn) in the sign of the stage (Leo).

The phantom point for Elton is found in the fixed air, space cowboy, hyper individualist, weird is wonderful sign of Aquarius, suggesting that for John, the key to unlocking the tension of his T-square is found through subversion of the status quo; breaking boundaries and embracing brave frontiers both personally and professionally. Not without struggle, John has honored this phantom point through his groundbreaking music, outlandish performances, and early, revolutionary identification as LGBTQ+.

Astrologer Lynn Koiner explains, “the Fixed T-square individual is likely to run into stalemate situations in relationships due to a pattern of resistance..,There is a tendency with Fixed signs to bottle up resentments and hostilities and then release the stored energy eruptively or compulsively. Therefore, it is essential that the individual find suitable emotional outlets for this energy.”

Thank the gods in heaven and devils of earth that Elton’s famed temper is not his sole emotional outlet and that our man’s energy has beget such bops as “Tiny Dancer” and “Your Song.” Further, it is John’s veneration of his phantom point in Aquarius that likely inspired him to love boldly and live truly and continues to drive him to seek unexpected collaborations and elevate unsung artists through on his weekly radio show.

A T-square is indicative of great challenge creating the catalyst for wild success. As with all aspects, awareness is the first step towards understanding. To see if this pattern is alive in you, use a birth chart generator or consult an astrologer for a personal reading. In astrology as in life, there are no absolutes and while we cannot control the cards we are dealt nor the squares we are born with, we ultimately choose how to play them.

Astrology 101: Your guide to the stars

Astrologer Reda Wigle researches and irreverently reports back on planetary configurations and their effect on each zodiac sign. Her horoscopes integrate history, poetry, pop culture and personal experience. She is also an accomplished writer who has profiled a variety of artists and performers, as well as extensively chronicled her experiences while traveling. Among the many intriguing topics she has tackled are cemetery etiquette, her love for dive bars, Cuban Airbnbs, a “girls guide” to strip clubs and the “weirdest” foods available abroad.