Is this your idea of walkies? Dog owner is stunned to find his beloved pet on the ROOF after pooch climbed step ladder

By Bhvishya Patel For Mailonline

This is the comical moment a golden retriever climbs up a ladder to join his owner on the roof of his home.

Vince Matteson, from Portland, Oregon, had been taking down his Christmas lights when he realised two-year-old Ace had joined him on the roof.

The startled dog owner later checked his surveillance footage and was shocked to discover the canine had scaled up the ladder step-by-step as his brother Bo stood guard. 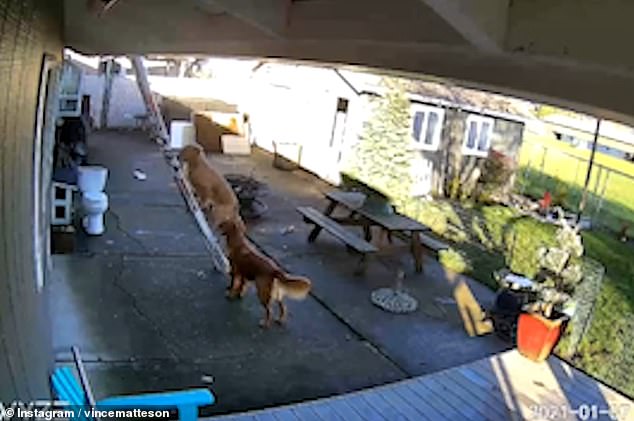 Two-year-old golden retriever Ace places his paws on the steps of the ladder and makes his way up in Portland, Oregon 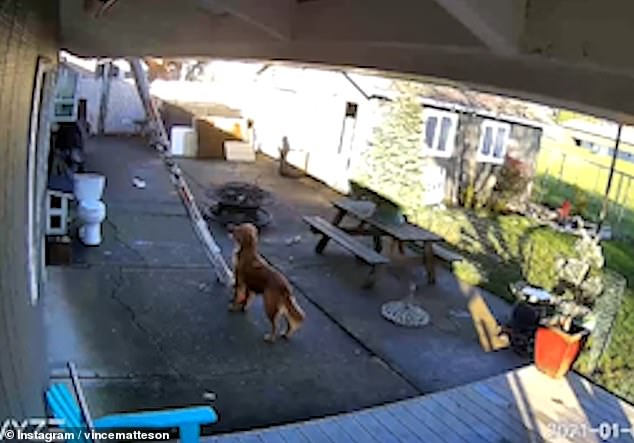 Dog owner Vince Matteson, who had been taking down his Christmas lights, spots his canine on the roof

During the clip, which was filmed on January 7, Ace calmly places his paws on each step of the ladder and makes his way up.

Just moments later, his owner is left stunned when he discovers his beloved pet stood beside him and says: ‘I’m up here taking down my lights, turn around and Ace climbs up this whole ladder by himself. He is now on top of the roof.’

Footage later showed Mr Matteson carry the dog down the ladder to the ground.

Mr Matteson, who adopted Ace in 2019 and his second dog Bo in 2020, described being ‘absolutely shocked’ to see his canine climb the ladder. 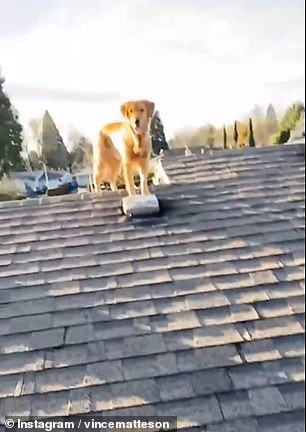 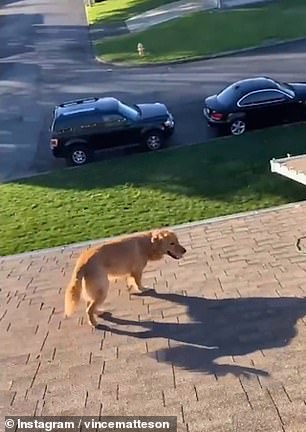 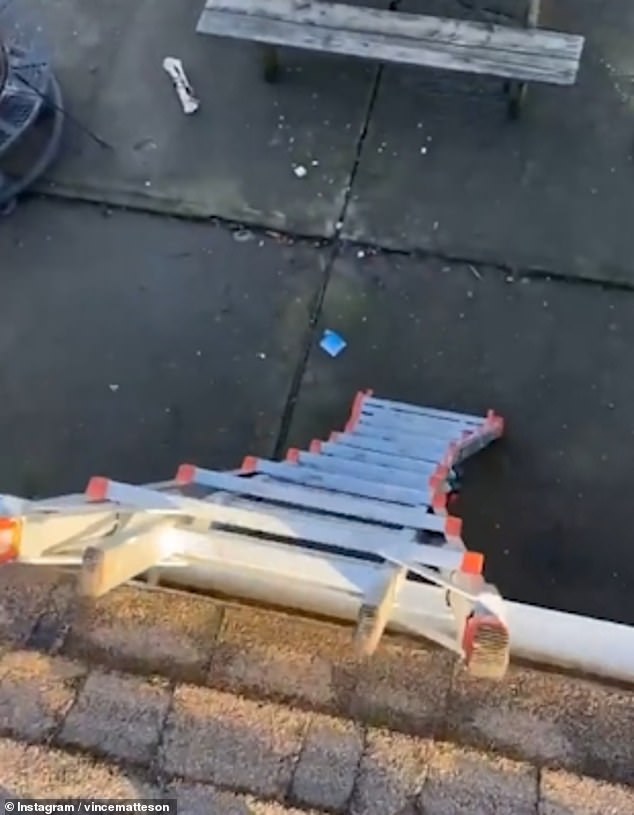 Mr Matteson, who described being ‘absolutely shocked’ by the dog’s antics, pans the camera down to show the ladder his dog has climbed

He said: ‘I was absolutely shocked! Ace has always been curious and loves to climb things but never thought a ladder.

‘I had my headphones in taking down lights so I didn’t hear him come up, but when I turned around there he was!

‘You can see his shadow in the video once he gets on the roof and is happy to see me.’

Collingwood distances itself from offensive tweet by superfan Joffa Corfe