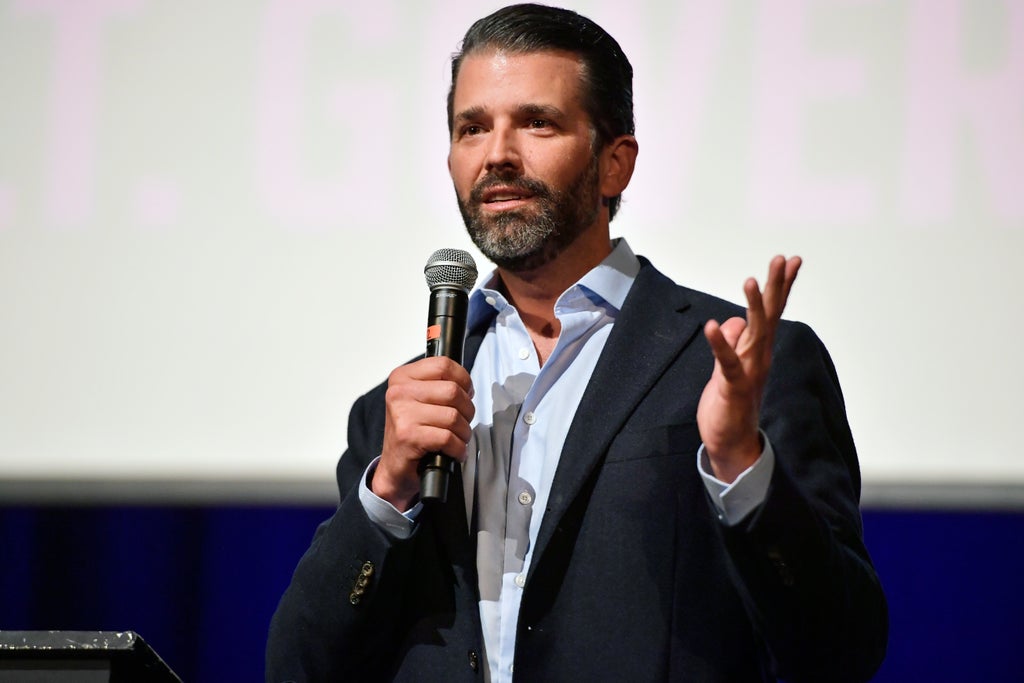 Donald Trump Jr made a bleak joke on Instagram about convicted sex trafficker Ghislaine Maxwell, even after his father’s name came up multiple times at her trial.

“Ghislaine Maxwell, 1961 – next week or so,” Mr Trump captioned a photo of Maxwell, in the style of an “in memorial” image.

Maxwell was convicted on Wednesday of multiple charges related to grooming underage girls for her former boyfriend, sex criminal Jeffrey Epstein, to abuse. Epstein hanged himself in his jail cell while awaiting his trial in 2019, but conspiracy theorists have insisted for years that his death was not a suicide.

Many such theorists believe – without evidence – that someone murdered Epstein to keep him quiet about powerful friends of his who may have participated in his crimes. This appeared to be the crux of Mr Trump’s attempt at humour, which implied that Maxwell will meet a similar fate.

“Too soon?” the former president’s son asked, apparently anticipating accusations of bad taste. “Nah, it’s never too soon for a pedos [sic] or their enablers.”

In his post, Mr Trump neglected to mention that his father was friendly with both Epstein and Maxwell, and was photographed many times with both of them. During Maxwell’s trial, flight logs from Epstein’s private plane showed that the elder Donald Trump was on the aircraft at least seven times.

The former president has not been accused of or charged with any wrongdoing. But such history does put his son in an awkward position from which to criticise Maxwell, let alone to joke about her death – or at least others might see it that way.

When Maxwell was first arrested in July 2020, then-president Trump did not distance himself from her.

Maxwell, 60, was convicted of sex trafficking of minors and four other related charges. If the maximum sentence is imposed for each count, she could face up to 65 years in prison.

The Independent has reached out to both former president Trump and Donald Trump Jr for comment.