Dow aims for 3rd record in 2022, but broader stock market struggles ahead of Fed minutes 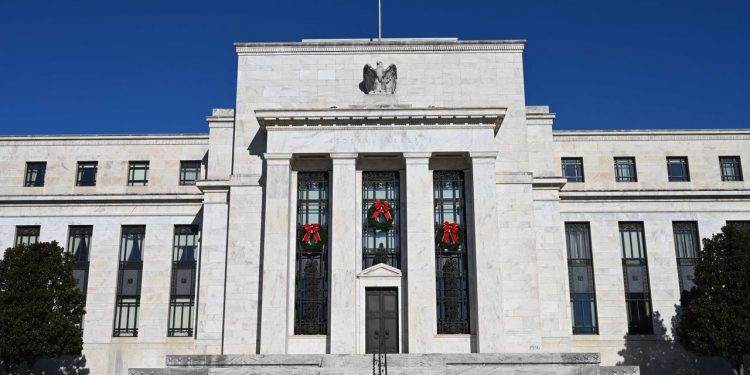 
Gains for the Dow Jones Industrial Average firmed somewhat early Wednesday, but selling in information technology shares pressured the broader market, ahead of an account of the Federal Reserve’s last policy gathering in 2021.

Softness in trade held after a report on private-sector employment came in stronger than expected, before the closely watched report on the labor market on Friday is released.

What are stock benchmarks doing?

Wall Street was digesting a report on private payrolls, which showed that 807,000 jobs were created in December, according to the ADP National Employment Report, higher than forecast for a gain of 375,000, based on average estimates from economists surveyed by The Wall Street Journal.

Strategists use the ADP report to get an early read on the Labor Department’s report on private payrolls, which are scheduled to be released in about 48 hours. The private-sector report hasn’t been an accurate predictor of the Friday jobs report. However, the ADP report is watched because investors have become more attuned to the health of the jobs market amid the spread of the omicron variant of the coronavirus that causes COVID-19, a disease that has pushed much of the world into an uncertain phase of the pandemic, even if evidence suggests that the illnesses caused by the new strain are milder than other variants.

The labor market and the outlook for inflation are two factors that policy makers at the Federal Reserve will be observing closely as it sets up for the new year.

“Should the jobs report show stronger-than-expected additions (currently estimated at 440k) and a sharp drop in the unemployment rate (now estimated at 4.2%) should put pressure on growth stocks,” Stovall wrote. Economists surveyed by The Wall Street Journal look for nonfarm payrolls to show a December rise of 422,000.

Another important market driver in 2022 has been the move higher in yields, with the 10-year yield
TMUBMUSD10Y,

surging over 17 points over the first two trading days of 2021.

Against that backdrop, investors on Tuesday boosted value stocks including in the financial and industrial sector, and shunned technology plays, which are more yield sensitive.

“What is really amazing is the speed and magnitude these names have been taken down, while the major indices are near all time highs,” said Matthew Tuttle, chief investment officer of Tuttle Capital Management, referring to growth stocks.

The minutes from the latest Federal Open Market Committee meeting in December are due at 2 p.m. Eastern Time Wednesday and Tuttle said they could influence the market, given the focus on rising interest rates and higher inflation at the moment.

Separately, the final reading of the IHS Markit services purchasing managers index for December came in at 57.6, down from 58 in November but mostly in line from an earlier estimate.

How are other assets faring?

Barcelona confident Erling Haaland can be lured to Camp Nou