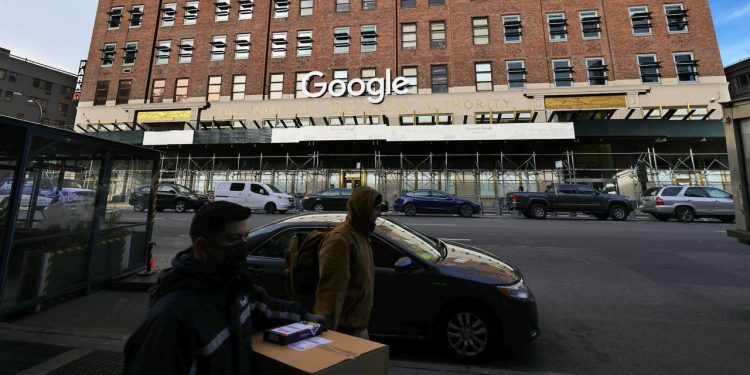 U.S. stocks were trading sharply lower early afternoon Tuesday, failing to build on the previous session’s bounce, as investors sift through a raft of company results and await earnings reports due after the bell from tech giants including Microsoft Corp. and Google parent Alphabet Inc.

How are stock indexes performing?

Also read: U.S. stocks ended a Manic Monday in the green — but intraday bounces like this aren’t bullish

Stocks were lower midday Tuesday, with all three major benchmarks down after Monday’s rally.

“Investors are not necessarily secure” in the strength of the market, with “fragility” on display since the beginning of the year, said Aoifinn Devitt, chief investment officer at Moneta, in a phone interview Tuesday. “There is this fear of slowing growth.”

The CBOE Volatility Index
VIX,
+13.62%
jumped more than 13% to more than 30 around midday Tuesday, according to FactSet data. That compares with a 200-day moving average of around 21.

Consumer discretionary, information technology
SP500.45,
-2.46%
and communication services
SP500.50,
-2.31%
were the hardest hit sectors of the S&P 500 in early afternoon trading Tuesday, according to FactSet data. Tech and communications services had posted the strongest performance for the S&P 500 in Monday’s stock market rally.

“Now we have this giveback today,” said Devitt. “Markets are trying to figure out a level.”

U.S. stocks were falling as investors wade further into the busiest week of the U.S. company-earnings reporting season, digesting results from a number of corporate heavyweights released before the opening bell. They’re also looking ahead to results from megacap tech companies Microsoft Corp.
MSFT,
-2.57%
and Google parent Alphabet Inc.
GOOG,
-2.56%

“This week a lot of attention will be on the megacap earnings announcements. Netflix’s announcement proved to be a big speed bump that the market is still trying to get over and hopefully there will be some horsepower to help us over, created by announcements and forecasts of the remaining FAANG stocks this week,” said Brian Overby, senior options analyst at Ally Bank, in emailed comments.

Formerly high-flying Netflix
NFLX,
-4.21%
shares have dropped more than 40% since announcing last week that it had lost 200,000 subscribers in the first quarter.

While close to 80% of companies so far reporting earnings for the quarter have beaten profit expectations, including General Electric Co., United Parcel Service Inc. and Pepsico Inc., disappointing earnings forecasts, including those from JetBlue Airways Corp., are weighing on shares.

In U.S. economic data, orders at U.S. factories for durable goods rose 0.8% in March and business investment rebounded after the first decline in a year, signaling the economy is still growing at a steady pace. The rise in durable-goods orders matched the consensus expectation produced by a survey of economists by The Wall Street Journal.

A survey of consumer confidence dipped in April to 107.3 from 107.6, but Americans signaled they are optimistic enough about the economy to keep buying big-ticket items such as news cars and appliances.

The S&P CoreLogic Case-Shiller 20-city house price index posted a 20.2% year-over-year gain in February, up markedly from 18.9% the previous month, but U.S. new-home sales decreased 8.6% to an annual rate of 763,000 in March, the government said Tuesday.

How are other assets are faring?

—Steve Goldstein contributed to this report.

Aspirin no longer recommended to prevent 1st heart attack, stroke for most adults over 60 – ABC News

Aspirin no longer recommended to prevent 1st heart attack, stroke for most adults over 60 - ABC News