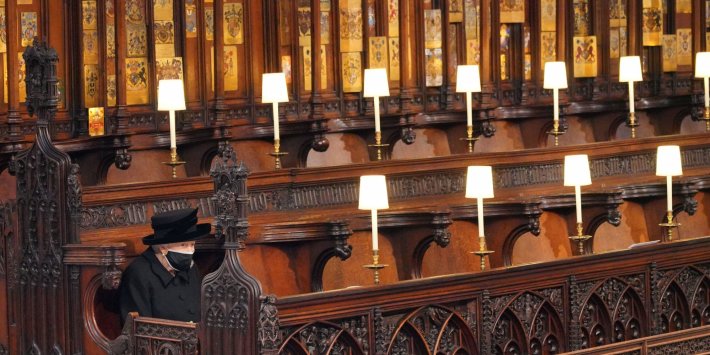 Downing Street has apologised to Buckingham Palace after reports two parties were held inside Number 10 “at time of national mourning” following the Duke of Edinburgh’s death.

“It is deeply regrettable that this took place at a time of national mourning and Number 10 has apologised to the Palace,” a spokesperson for the Prime Minister said.

Pointing to his apology to the Commons over party allegations this week, the spokesperson said Johnson “recognised Number 10 should be held to the highest standards and take responsibility for things we did not get right”.

The apology came from Downing Street as a whole, as opposed to Johnson specifically. “The Prime Minister said earlier misjudgments have been made and it’s right people apologise, as the PM did earlier this week,” the spokesperson continued.

Downing Street did not directly refer to the allegations of the 16 April 2021 parties, which The Telegraph reported involved dancing in the basement until the early hours of the morning, and using a suitcase to carry wine from Co-op on The Strand. The spokesperson indicated that details would be addressed in a forthcoming inquiry by senior Civil Servant Sue Gray.

“It remains the case that I can’t prejudge the inquiry,” they added. “But we acknowledge the significant public anger, it was regrettable this took place a time of national mourning.”

“An apology isn’t the only thing the Prime Minister should be offering the Palace today,” Starmer said.

“Boris Johnson should do the decent thing and resign.”

This morning Slack, who is now deputy editor-in-chief of The Sun newspaper, apologised “unreservedly” for the “anger and hurt” he caused by attending a party held in his honour.

“I wish to apologise unreservedly for the anger and hurt caused,” Slack said in a statement on Friday morning.

“This event should not have happened at the time that it did.”

“I am deeply sorry and take full responsibility.”

Responding to the news of a further two parties taking place in Downing Street while Britain was in lockdown, foreign secretary Liz Truss told the BBC on Friday morning that she was “very very concerned”.

“I understand that people across the country are angry about what has happened,” Truss said.

“Earlier this week the Prime Minister did apologise for mistakes that have been made. We have an inquiry taking place by Sue Gray and we are very clear that there were real mistakes made.”

The foreign secretary added that “we need to look at the overall position we are in as a country” and said the Prime Minister “has delivered Brexit”.

“He has apologised, I think we now need to move on and talk about how we are going to sort out [other] issues.”

Alongside Slack, the former head of the government’s Covid-19 taskforce has also issued an apology for attending a booze-filled leaving do days on 17 December 2020.

Covid restrictions in place at the time prohibited indoor mixing between households and support bubbles for social purposes.

The Telegraph reported on Friday afternoon that former Director General of the Cabinet Office’s Covid Taskforce Kate Josephs, who now works as the chief executive of Sheffield City Council, gathered with dozens of staff in the Cabinet Office for drinks to mark her departure from Whitehall.

In a statement published to twitter, Josephs said: “On the evening of 17 December, I gathered with colleagues that were at work that day, with drinks, in our office in the Cabinet Office, to mark my leaving the Civil Service.

“I am truly sorry that I did this and for the anger that people will feel as a result.

“Sheffield has suffered greatly during this pandemic, and I apologise unreservedly.”

The Cabinet Office leaving do will now also form part of Gray’s inquiry.

Your Prep For The Next Chapter Starts Here