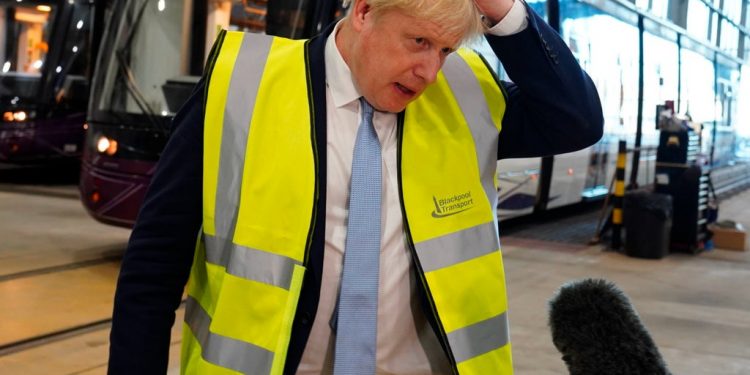 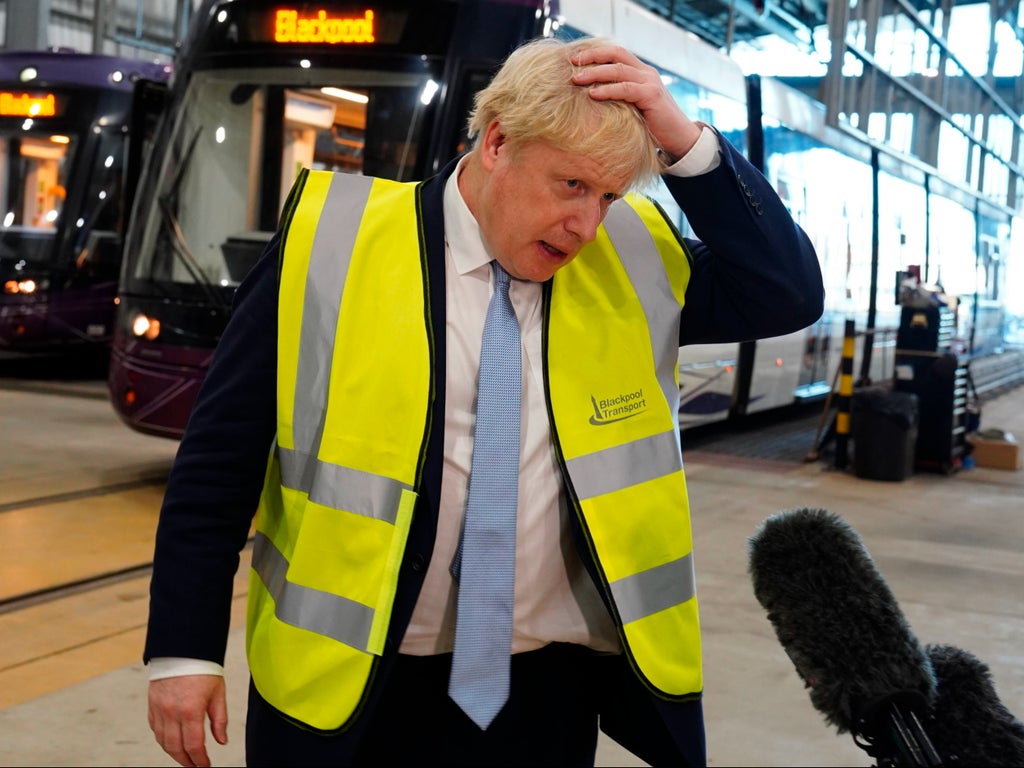 Boris Johnson’s leadership has been plunged deeper into crisis by the resignation of four top aides within a few hours – including an ally of 14 years who quit in protest at his “scurrilous” smear linking Keir Starmer with the paedophile Jimmy Savile.

In a scathing resignation letter, policy chief Munira Mirza said there was “no fair or reasonable basis” for Monday’s attack and made clear that Johnson had resisted pleas from advisers to apologise.

Chancellor Rishi Sunak – tipped as Mr Johnson’s most likely successor if he is forced from office – distanced himself from the PM, telling reporters: “Being honest, I wouldn’t have said it.”

Just three hours after Ms Mirza’s bombshell letter dropped, Downing Street director of communications Jack Doyle announced to No 10 staff that he too was leaving.

Mr Doyle – who had been named in the Partygate scandal for handing out awards at a 2020 Christmas drinks event in No 10 –insisted his departure was unlinked to Mirza’s walkout, saying it had always been his plan to go at this point and recent weeks had taken “a terrible toll” on his family life.

One Downing Street staffer told The Independent: “I think he’d wanted to leave for some time and he had been under huge pressure. He didn’t get everything right, but he tried his best for the PM.”

Soon afterwards more resignations were announced – this time involving Mr Johnson’s principal private secretary Martin Reynolds, who penned the email inviting No 10 staff to a “bring your own booze” party during lockdown, and chief of staff Dan Rosenfield.

Unlike Ms Mirza’s, these resignations appeared to be part of a planned clearout of senior Downing Street staff designed to help Johnson avoid personal blame for the string of 12 allegedly lockdown-breaching social events currently being investigated by the Metropolitan Police. Both will remain in their roles until successors are appointed.

Many Tory MPs have made a shake-up of senior personnel at No 10 a key demand if they are to hold back from ousting Mr Johnson in a vote of no confidence. In his Partygate apology earlier this week, he promised to reshape the operation as an Office of the Prime Minister under a civil service permanent secretary.

The insider said the atmosphere inside No 10 had been “agonising” as officials wait for the outcome of the police investigation into 12 allegedly lockdown-breaching parties as well as the publication of the full Sue Gray report.

“The atmosphere is terrible,” said the staffer. “And several people have been horrified by the Savile comment and the failure to apologise. I wouldn’t be surprised if there are more resignations soon. People are exhausted.”

The walkouts came on a fraught day for Mr Johnson’s administration, with power-sharing arrangements in Northern Ireland threatened by the resignation of DUP first minister Paul Givan in protest over the impact of the protocoal negotiated by the PM as part of his Brexit deal.

And the cost-of-living crisis facing millions of families across the UK was brought starkly home by a £693-a-year hike in the cap on domestic energy bills, forcing Mr Sunak to offer a package of assistance worth up to £350.

It is understood that advisers urged Mr Johnson not to make the claim in the House of Commons debate on Partygate on Monday that Sir Keir, as DPP, “spent more time prosecuting journalists and failing to prosecute Jimmy Savile, as far as I can see”.

It was seen as a classic “dead cat” move of the type deployed repeatedly by Johnson in order to distract attention away from his own difficulties.

But it horrified many Tory MPs, and was branded “disgraceful” and “Trumpian” by former home secretary Amber Rudd.

After standing by the unfounded allegation in a newspaper interview and at prime minister’s questions in the Commons – when Starmer accused him of “parroting the conspiracy theories of violent fascists” – Mr Johnson finally backed down on Thursday, telling reporters: “I totally understand that he had nothing to do personally with those decisions.”

But Ms Mirza’s letter made clear that aides had urged him to go much further and apologise to the Labour leader, who was cleared of any responsibility for decisions relating to Savile in an official QC-led report more than a decade ago.

In her resignation letter, obtained by The Spectator magazine, she condemned the PM’s “inappropriate and partisan reference to a horrendous case of child sex abuse”.

“I believe it was wrong for you to imply this week that Keir Starmer was personally responsible for allowing Jimmy Savile to escape justice,” she said.

“There was no fair or reasonable basis for that assertion. This was not the usual cut and thrust of politics.”

And she added: You tried to clarify your position today but, despite my urging, you did not apologise for the misleading impression you gave.

“You are a better man than many of your detractors will ever understand which is why it is so desperately sad that you let yourself down by making a scurrilous accusation against the leader of the Opposition.”

Confronted with Ms Mirza’s comments in an interview with 5News during a trip to the northwest to publicise his “levelling up” strategy, Mr Johnson said: “I don’t agree with that.” He again refused to apologise.

Mr Sunak found himself assailed by questions about the Savile slur at a Downing Street press conference to promote his assistance for families hit by soaring energy bills.

“Being honest, I wouldn’t have said it, and I’m glad the prime minister clarified what he meant,” said the chancellor.

Sunak’s deputy at the Treasury, chief secretary Simon Clarke, came to the PM’s defence, telling BBC2’s Newsnight: “I have the highest regard for the chancellor .. but it is my view that it was a perfectly reasonable remark for the PM to have made.”

But Mr Clarke did not attempt to hide the stress recent events were inflicting within government, telling Channel 4 News: “I think the last days of Rome were more fun.”

However, the Tory mayor of the West Midlands, Andy Street, refused to give Johnson his backing over the Partygate scandal.

He told the Birmingham Post: “What he’s done, very clearly, is wrong. It’s bad by any measure. And I find it very hard to understand how on earth it could have happened.”

The blow of Ms Mirza’s departure is all the more devastating for Mr Johnson because she was one of few remaining members of his inner circle to have stuck with him through his time as mayor of London and survived recent years’ vicious infighting at No 10. He once hailed her as one of the five women who have most inspired him.

Nikki da Costa, a former Downing Street director of legislative affairs, said: “Munira was the very best of No10 – this is a huge loss.”

Downing Street announced the appointment of the MP Andrew Griffith as her replacement, saying: “We are very sorry Munira has left No 10 and are grateful for her service and contribution to government.”