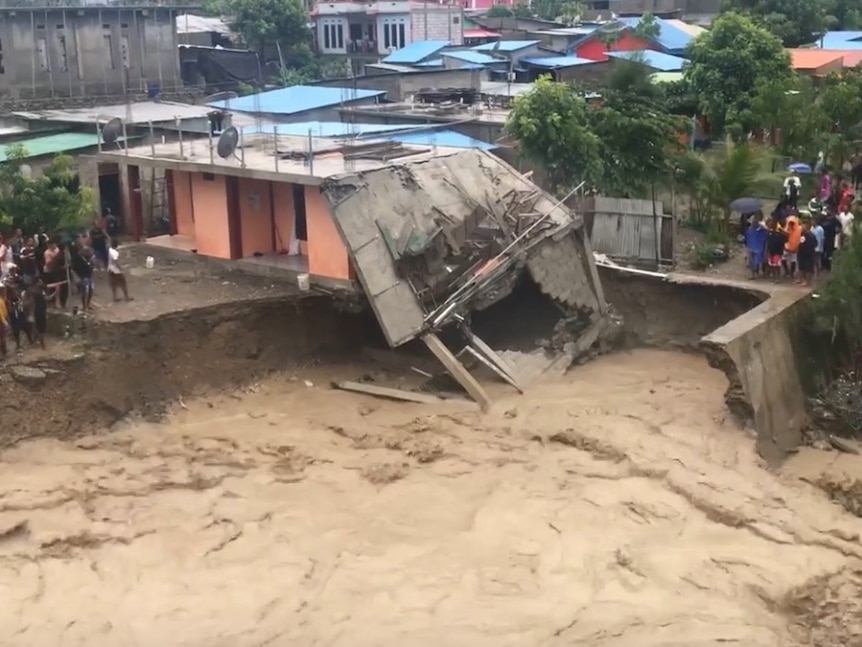 Flash floods unleashed by torrential rains have killed 23 people on Indonesia’s island of Flores, with five others reported missing, while the neighbouring nation of East Timor has reported eight deaths.

At least 49 families were hit on Flores in the east of Indonesia’s sprawling archipelago early on Sunday, said Raditya Jati, a spokesman for disaster management agency BNPB.

“Dozens of houses were buried in mud in Lamanele village … residents’ houses [were] washed away by the flood,” Mr Raditya said in a statement, referring to the eastern part of the island.

A bridge collapsed on the island of Adonara further east, where rescuers were battling heavy rain, strong wind and waves, he added.

In neighbouring East Timor, eight people were killed in a landslide on the outskirts of the capital, Dili, state news agency Tatoli said.

“We are currently focusing on elderly victims, children and pregnant women to be taken to a safe place,” Tatoli quoted Joaquim Gusmao, the state secretary for civil protection, as saying.

A two-year-old child was among the victims, a witness quoted by Reuters said. Civil protection officials could not immediately be reached for comment.

Power supplies were cut and the presidential palace was flooded as heavy rain and strong winds lashed Dili since late on Saturday.

Indonesia’s weather agency said a tropical cyclone nearing the Savu Straits, between the southern part of Nusa Tenggara province and East Timor’s north coast, could be packing yet more rain, waves and winds.

If Your Company Already Has A Data Lake, Do You Need An LRS?

Coinbase IPO: Everything you need to know about the ‘watershed moment’ in crypto