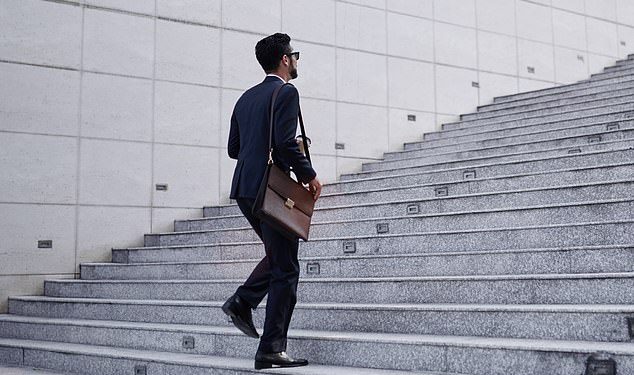 
The Easter holidays are a great excuse to eat lots of chocolate, but many people also see it as a time to kick-start getting into shape for summer.

We all know the benefits of doing exercise, both for the brain and the body, but it can be difficult to motivate yourself to get going.

Although I enjoy a brisk daily walk in the woods with my dog, I really don’t enjoy most other forms of exercise, so I am always on the look out for ‘cheats’, ways to get the biggest improvements in the least time, and preferably with the least effort.

You can find lots of these exercise ‘cheats’ in my podcast series, Just One Thing, launched this week, which also contains lots of other simple, science-based ways you can boost your health. 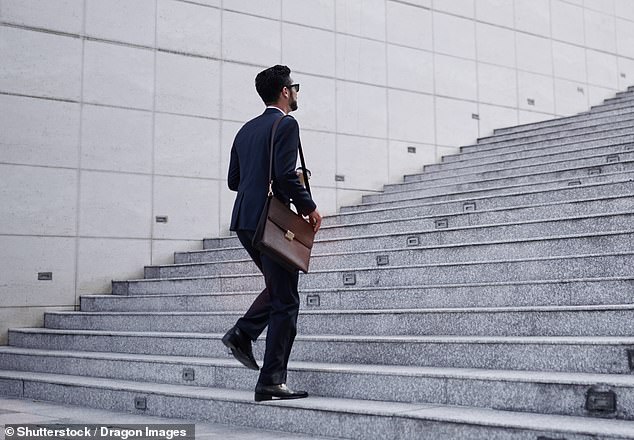 We all know the benefits of doing exercise, both for the brain and the body, but it can be difficult to motivate yourself to get going

One of the cheats we feature is perhaps one of the more surprising things I’ve come across over the years.

It’s called eccentric exercise — despite the name, this does not mean hopping on one leg while dressed as Harry Potter or rolling a giant cheese down a hill. ‘Eccentric’ comes from the Latin, meaning ‘out of’ and ‘centre’ — an ‘eccentric’ movement is one where you stretch a muscle, rather than contract it (which is known as a ‘concentric’ movement).

For example, if you pick up a heavy suitcase you are contracting the muscles in your arm, but as you slowly lower it back to the floor, you are stretching it — an eccentric movement.

Now, I’ve always assumed that because it’s the ‘going up’ bit that feels hard — whether it’s lifting a weight, climbing a hill or taking the stairs — that’s what builds the most muscle and confers the most health benefits.

But it turns out the reverse is true, as demonstrated by a recent experiment by researchers from the School of Medical and Health Sciences at Edith Cowan University in Australia.

For this study, published in the journal of Medicine & Science in Sports & Exercise, they asked 30 overweight women, all over the age of 60, to take to the stairs for 12 weeks. Half were asked to take a lift to the sixth floor of a building, and then walk down to the first floor, while the other group had to walk up to the sixth, then take the lift down. 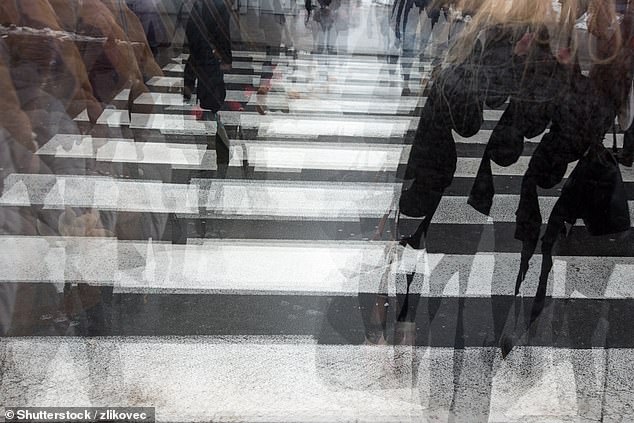 Although I enjoy a brisk daily walk in the woods with my dog, I really don’t enjoy most other forms of exercise, so I am always on the look out for ‘cheats’, ways to get the biggest improvements in the least time, and preferably with the least effort

They started doing this twice a week, then gradually increased how often they did it as they got fitter.

As you might expect, the volunteers found walking up the stairs was far more challenging, but the big surprise was that, by almost every measure, it was the volunteers asked to just go down the stairs who got the most benefit: they lost the most weight, saw the biggest improvements in blood pressure, blood fats and blood sugar levels — and also had the biggest improvements in balance and bone strength.

This is particularly important as we get older, because weaker bones mean you are more likely to break that bone should you fall.

So why did this happen? Well, the improvement in bone strength is almost certainly because when you descend a flight of stairs you land with far more force on each step than when going up: this constant small jarring will, in time, cause your bones to respond by becoming stronger.

But when it comes to what’s going on with the other measurements, such as blood pressure, I sought the expertise of Tony Kay, a professor of biomechanics at Northampton University, who has done lots of studies looking at the benefits of eccentric exercise.

He told me when we are doing something like walking down a flight of stairs, we’re using bigger and more powerful muscle fibres than the ones we use going up. We are also doing more damage to those muscles fibres which, strangely, makes them stronger.

‘Eccentric exercise does more microscopic damage,’ he explained. ‘But I don’t mean damage as in a muscle injury. I’m talking about microscopic tears. And what that does is stimulate hormonal responses, and [this, combined] with nutrition and rest and sleep over the next couple of days, means you then rebuild that muscle to a new, higher, stronger level.’

For a gentle eccentric workout, Professor Kay suggests doing a simple, ‘sit to stand’ challenge — where you slowly lower yourself into a chair, taking 3-5 seconds to do so, then swiftly stand up again. Do this at least ten times, but ideally until you feel quite knackered. If you are already reasonably fit you could try doing this on one leg, which will also improve your balance.

I’ve incorporated more eccentric exercise into the squats and press-ups I do most mornings, and I follow a 3:1 rule. I take three seconds to go down and one second to go up again. And I’m pretty sure I can already feel the benefits. For lots more unusual health tips, including how to boost your workouts, safely, do check out my podcasts.

n Just One Thing is available on BBC Sounds from Wednesday April 20, and a week later, at 9.30am, on Radio 4.

Most of us would like to be popular, and you would imagine that the best way to do that would be to be friendly, amusing and helpful to other people. And that certainly works. But apparently you can also make yourself popular by being more aggressive and disruptive. At least if you are a child.

That was the shocking conclusion of a study of children, aged eight to 12, at a primary school in Florida. The researchers found kids who were aggressive became more dominant and this translated, in the short term, into increased popularity. I don’t think it would go down well if I tried this at home.

I’m cooling on my stove

Our house is quite old and draughty, and with the cost of heating soaring, I’ve been looking at alternative ways to heat it, including installing a wood-burning stove. But this turns out to be a very bad idea.

Although wood-burning stoves (and open fires) look lovely, they actually produce huge amounts of tiny particles called PM 2.5 which are really bad for our health.

These particles can travel deep into our lungs, worsening conditions such as asthma. They’ve also been linked to an increased risk of heart disease and lung cancer. According to the British Medical Journal, wood-burning stoves produce more PM 2.5 than all the UK’s cars, trucks and buses put together.

And they won’t save the planet: another study found that the average wood stove causes six times more global warming than a heat pump in your home.

So now I am seeing if I can improve the insulation in our house — and perhaps invest in solar panels.

Sleep is the key to healthy eating

We’ve known for some time that not getting enough sleep can make you fat — largely because it affects your hunger hormones and makes you crave more sugary things.

I once took part in an experiment, where a group of us were asked to cut back on sleep for one night: the next day we ate on average 300 calories more than normal. Now a new study has shown that not only do you put on weight, but it goes on in the worst place — around the gut, in the form of visceral fat. This infiltrates organs such as your liver and pancreas, and can lead to type 2 diabetes and heart disease. For the study, published in the Journal of the American College of Cardiology last month, 12 healthy adults were asked to sleep as normal or were restricted to four hours a night. They were allowed to eat whatever they wanted. The volunteers came back later and repeated the experiment, but this time the groups switched over.

The volunteers consumed roughly 300 extra calories a day when they were sleep restricted. But while they only put on a pound in weight, scans revealed that they’d piled on visceral fat, up by a whopping 11 per cent.