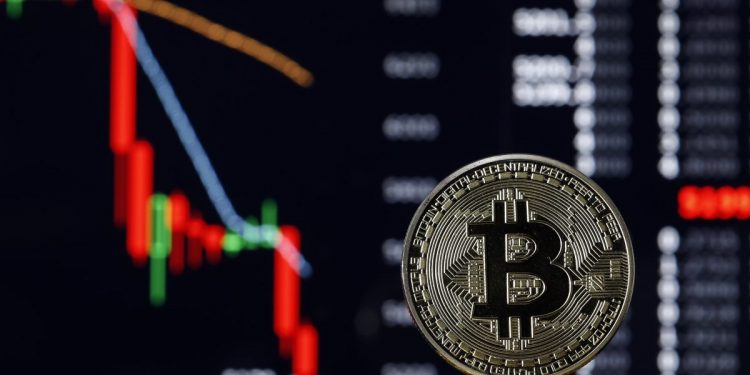 Say what you like about Donald Trump’s supporters, you cannot fault them for commitment. When the former president arrived for his latest rally in a deeply rural corner of western Pennsylvania, many had already been standing in solid rain for 10 hours.

The field in which they were to greet their revered leader was a mud bath. By the time Trump finally arrived, 20 minutes late, the scene had taken on the qualities of the apocalypse – like the closing sequences of the Fyre Festival.

On this occasion, the seemingly boundless patience of Trump’s devoted followers was being put to the test for an additional reason. He had come to the Westmoreland Fairgrounds outside Greensburg to sprinkle Trump stardust on his preferred choice for the US Senate seat vacated by retiring Republican senator Pat Toomey.

Whether Pennsylvanian conservatives go along with the endorsement when the primary is held on 17 May will have big consequences, not merely on Trump’s record of advancing his chosen people – and with it his grip on the Republican party. It will also have ramifications for the November election which, in tune with recent contests in the state, is almost certain to be nail-bitingly close and could be critical in determining whether the Republicans retake the Senate.

The trouble is, many Trump supporters don’t know what to make of Mehmet Oz, the celebrity TV surgeon better known as Dr Oz.

“We love Trump, but we’ll be booing Oz,” said Pam, 46, a local educator who asked to give only her first name. She admitted one of the reasons she had turned up in the first place was to see how hostile her fellow Trump supporters would be towards the candidate.

In the end, after all that sodden waiting, Pam was disappointed. Occasional booing could be heard earlier in the evening whenever Oz was mentioned, but when the man himself took to the stage, whether by design or accident, the music was cranked up so loud that it was impossible to tell jeering from cheering.

By now the pattern is well established. Prominent individuals are so desperate for Trump’s blessing that they suspend cognitive functioning and act as his slavish mouthpiece.

The phenomenon was vividly illustrated after the January 6 insurrection at the US Capitol last year. Republican leaders including Kevin McCarthy were at first critical of Trump’s role but then began faithfully repeating his big lie that the election had been stolen from him.

More recently, JD Vance, the venture capitalist author of Hillbilly Elegy, ditched his earlier criticisms of Trump in order to win the former president’s endorsement in the race for a US Senate seat in Ohio. The humiliating gambit paid off last week, with Vance sealing the Republican primary having received a bounce from Trump’s backing.

Of all the many examples of this form, there has rarely been as dramatic a shedding of fact-based reasoning in exchange for Trump’s universe of alternative facts than that displayed by Oz. He has descended from the scientific heights of a renowned cardiothoracic surgeon, down through his promotion of quack remedies on his daytime TV show, and into a full-Maga embrace of the Trump big lie.

Oz, 61, has an impeccable medical background. Born in Cleveland, Ohio, he is the son of Turkish immigrants and followed his father into cardiothoracic surgery, with Ivy League training at Harvard and the University of Pennsylvania.

At his peak, he was an innovator in minimally invasive heart surgery. At Columbia University, where he treated patients until 2018, he authored numerous peer-reviewed papers bearing impenetrable sentences like this one: “In the multivariate Cox proportional hazards regression analysis, CPB time, previous cardiac surgery, sternal wound infection, postoperative renal failure, and postoperative stroke were all associated with increased risk of mortality following MICS.”

His weakness – or strength? – was the allure of fame and fortune. In 1996 he performed a heart transplant on the brother of the New York Yankees manager in the middle of a World Series which the Yankees won.

Such extraordinary serendipity turned him into a media darling. Oprah Winfrey came calling, dubbing him “America’s doctor”, and the end result was The Dr Oz Show which ran until this January.

His show included public-service broadcasting, bringing attention to Type 2 diabetes and encouraging his viewers to eat more healthily. But over time he slid into controversial territory.

By 2014 he was being called a “snake oil peddler” and hauled before a US Senate committee for touting “miracle” diet products on The Dr Oz Show. “I don’t get why you need to say this stuff because you know it’s not true,” Claire McCaskill, then senator from Missouri, berated him.

During the pandemic, he championed several of the same discredited pseudoscience treatments such as hydroxychloroquine pushed by Trump.

To complete the decline, the cardiothoracic surgeon has now incorporated into his Pennsylvania Senate campaign the falsehood that the 2020 presidential election that Trump lost was riddled with fraud. “I have discussed it with President Trump and we cannot move on,” he said at a recent televised debate for the Republican primary. “We have to be serious about what happened in 2020.”

There is no evidence that fraud on a significant scale occurred in the 2020 election, in Pennsylvania or anywhere else.

The problem with being a daytime TV host is that you leave a very long paper trail. Oz’s rivals for the Republican nomination have been bombarding Pennsylvania voters with attack ads portraying him as a “Hollywood liberal” and a Rino – Republican In Name Only.

Among the inconvenient truths that the adverts regurgitate is the time that Oz invited Michelle Obama onto his show, his reflections on systemic racism and how it leads to disparities in health outcomes, and his discussions on how to reduce deaths and injuries from guns.

The attack ads have featured a 2019 interview in which he questioned Republican states that were introducing bills to ban abortion at six weeks known as heartbeat bills. “But the heart’s not beating”, Oz is shown accurately saying.

And then there was the segment on his show that he called “Transgender kids: too young to decide?” where he invited children experiencing gender dysphoria and their parents to talk about their journey.

The downpour of negative political adverts carrying politically awkward clips from the Oz show has clearly had an impact on the race. Latest polls show the Republican primary race as too close to call, with the TV personality in a slim lead on 18% to the 16% of his main rival, the super-wealthy former hedge fund CEO, David McCormick.

By contrast, the Democratic field of candidates appears to be already settled with a clear frontrunner: Pennsylvania’s lieutenant governor, John Fetterman. He is a champion of labour unions, legalised marijuana and combating inequalities in income, health and housing.

“I’m leary,” said Ken Rockhill, 52. “I want to trust Trump’s candidate, but I’m leary. He’s going to have to prove himself.”

Rockhill, an artist from Pittsburgh, said his doubts about Oz stemmed from the candidate’s time as a TV personality. Which was odd, given that Trump himself carries the same lineage.

“Oz was caught up with that whole Hollywood thing with his show,” Rockhill said. “He was big with the Obamas, hobnobbing with all the stars – that never ends well.”

Sharon Nagle, 60, a bartender from a small coal-mining town, said she was troubled by Oz’s dual US-Turkish citizenship. That issue has also been seized upon by Oz’s Republican rivals who have called his Turkish ties a national security risk, forcing him to promise to renounce his Turkish citizenship should he win the Senate seat.

Nagle also objects to Oz’s Muslim identity. “I love Trump, but he’s got this wrong. I will never vote for a Muslim – they plan to take over America from within and pass sharia-style laws. That’s what I think, and I’m not a bigot.”

Pam, the Trump supporter who had come to see whether Oz would be booed off stage, said that as a Christian her antipathy to him stemmed from a 2010 episode of The Dr Oz Show that featured an eight-year-old girl who had transitioned from her male gender at birth. “To use your platform to say a boy aged eight can change gender – that’s evil,” she said.

Did she think Trump had made a mistake in endorsing him? Yes, Pam said, showing a surprising willingness to question the former president’s judgment despite being a fervent Maga supporter.

“The man is not God,” Pam said, referring to Trump. “He puts his pants on, one leg at a time.”

Out of curiosity, the Guardian asked Pam whether she ever watched The Dr Oz Show.

Political strategists at the rally worked extra hard to try and overcome the chilly response to the Oz endorsement. Vance was rolled out on stage, with the clear hope that the victory he pulled out of the hat last week might somehow rub off on Oz.

The crowd was assailed through the evening with 30-second videos attempting to debunk the portrayal of the candidate given in the attack ads. Here was Oz surrounded by children insisting life begins at conception. Here was Oz dressed in lumberjack shirt brandishing a double-barreled shotgun – how could this man be against the second amendment?

When Oz finally addressed the crowd he reassured them that he was one of them – a genuine Maga man. “The president endorsed me as an America First candidate … President Trump endorsed me because I am smart, I am tough and I will never let you down.”

Then Trump himself bigged up his chosen candidate. “We endorse a lot of people a little out of the box,” he said, paying the subtlest lip service to his followers’ misgivings.

He reminded the crowd how Oz had invited him onto his show in 2016, giving the then presidential hopeful a great bill of health though telling him to lose a few pounds. “Dr Oz has had an enormously successful career on TV and now he’s running to save our country from the radical lunatics,” Trump said.

Being Trump, his most passionate argument for voting for Oz was also the most quizzical. “His show is great. He’s on that screen, he’s in the bedrooms of all those women telling them good and bad.”

It’s not quite clear what Trump meant by that. Will it be the Trump magic needed to put Oz over the finish line? We’ll know in eight days’ time.