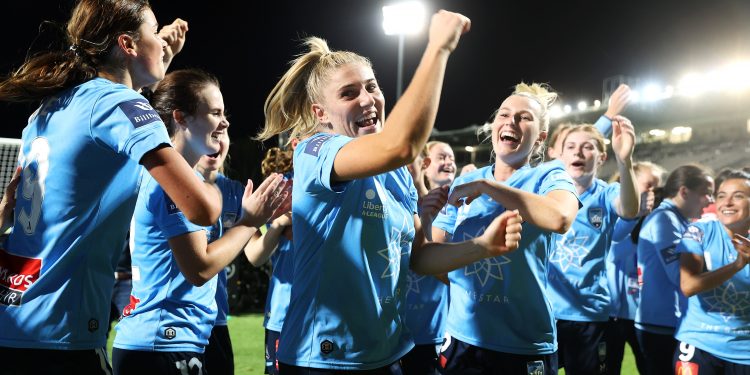 A double from Hannah Wilkinson had Melbourne City in charge before substitute Vine pulled a goal back and Maria Jose Rojas sent a torrid contest into 30 added minutes.

Rojas’s goal completed a momentum-shifting few minutes with City’s TJ Vlajnic sent off for a foul on Vine.

Cortnee Vine makes that late run and fires a bullet header home to get @SydneyFC within one. #SYDvMCY on @ParamountPlusAU.

Teenage substitute Sarah Hunter gave the home side the lead six minutes into extra time and Vine bagged another to end the scoring at Jubilee Stadium.

City’s night went from bad to worse in the dying stages with veteran goalkeeper Melissa Barbieri dismissed after handling the ball outside the penalty area.

Sydney FC had made history last Sunday when they topped the ladder for a record-breaking fourth time after finishing two points clear of their opponents, and were presented with the Premiers Plate prior to kick off.

Melbourne City will have another opportunity to feature in the decider thanks to the league’s new finals format.

City now face the winner of Sunday’s elimination semi-final between finals’ debutants Adelaide United and the visiting Melbourne Victory, with Sydney FC to host the season decider in a fortnight.

City failed to breach the Sky Blues’ penalty area during the first 20 minutes until Vlajnic produced a flying save from goalkeeper Jada Mathyssen-Whyman.

A minute later City had the all-important opener when the league’s top scorer Wilkinson profited from captain Natalie Tobin’s uncharacteristic defensive error and was left with an easy finish past an exposed Mathyssen-Whyman.

The halftime introduction of Vine added spark but a City side who have won all of their eight A-League Women finals matches rarely looked like being exposed.

The contest seemed over when New Zealand international Wilkinson doubled the advantage 13 minutes after the break with a perfect near-post finish, following strong lead-up work from Leticia McKenna and Rebekah Stott.

Vine’s powerful headed goal on 73 minutes pulled the home side back into the contest after Ally Green’s powerful run set up the opportunity.

The goal saw momentum swing the way of the Sky Blues and Vine pinged an effort off the top of the crossbar.

Vine looked set to score when she rounded goalkeeper Barbieri in the final minutes only to be bundled over by Vlajnic who was dismissed for the last-player foul.

Substitute Rojas fired home a loose ball a minute into the five minutes of added time.

The goal that sends @SydneyFC to another @LibFinancial A-League Grand Final.

Cortnee Vine was inspirational tonight, as she came off the bench to score a brace. #SYDvMCY on @ParamountPlusAU 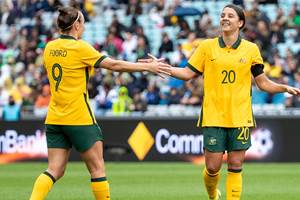 The Matildas will play the Football Ferns in regional Queensland on April 8, with Townsville to host a women’s international for the first time. 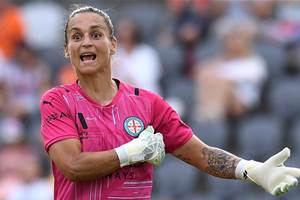 
Vidosic urges A-League’s City: ‘Do it for Barbieri’

City will be without star goalkeeper Melissa Barbieri in the preliminary final after a dramatic A-League Women semi against Sydney FC.