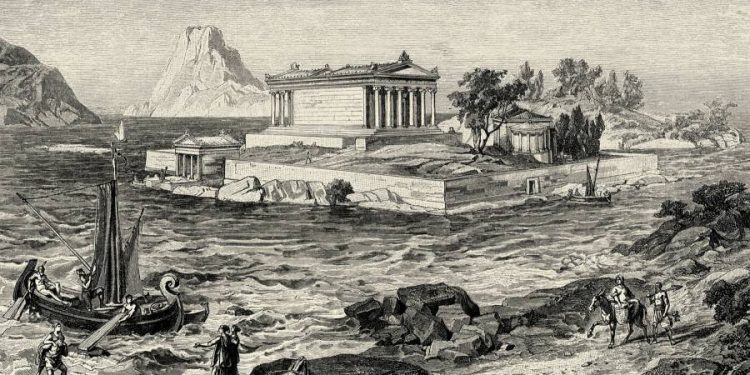 
On March 3, a mysterious message appeared on Twitter that promised a new way of life for cryptocurrency investors. “Praxis is building the city of the future,” it read. The message ended with a link announcing $15mn in fundraising and an invitation to join their community.

The tweet came from a San Francisco-based organisation created by two men in their twenties, Dryden Brown and Charlie Callinan, who say they are raising money with a plan to buy land. Eventually, they hope to gather together a new society of founders, engineers, artists and other pioneers who want to help create the world’s first city-cryptostate.

What does all that mean? Good question. On the website, the vision is a cultural utopia powered by cryptocurrency. In blogs, one of the founders refers to ancient Athens and Renaissance Florence. There is talk of beautifully designed homes and parks, innovative governance and a decentralised currency. Listed job adverts include head of real estate and political analyst.

The reality so far is a website, Twitter account and a lively channel on chat platform Discord, where nearly 10,000 members have shown interest in debating ideas such as the merits of creating a new city in space or Antarctica (good for keeping servers cool).

There is an air of unreality to Praxis, even in conversations between people interested enough to join an online community devoted to it. It is not clear where or exactly what is being talked about. There is no timeline or evidence that particular plots of land are being considered.

The goals are so broad they can be interpreted in all sorts of ways. Is the desired outcome a special economic zone, a tax haven for crypto investors or an entirely new sort of society? If the dream is to escape centralised society and old rules, then where will the money come from?

While Elon Musk talks of colonising Mars and tech idealists hype up the idea of living permanently online in the metaverse, the concept of investing in buildings, parks and roads can sound like a throwback. But Praxis is part of a libertarian streak in the tech industry that dreams of unchaining itself from existing government infrastructure and applying the start-up model to every area of life.

The enthusiasm it has generated suggests that it is not just ultra-libertarians who want to rethink the cities they live in. The target audience for Praxis is part of a generation who have been priced out of buying homes in major cities but who still seek the connections possible in urban spaces.

The loneliness of the pandemic has been a spur to think more closely about community and where we live. Remote work makes it easier to pick and choose. One of the claims Praxis makes is that it wants to build the city Silicon Valley deserves. If you have visited the uninspiring collection of freeways, low-rise buildings and hidden campuses that make up Silicon Valley, you will know that creating something more befitting of a global tech industry, and more appealing to aspiring tech founders, is not a bad idea.

Of course, it is a lot easier to talk about starting from scratch than to make it happen. The sums raised so far amount to less than $20mn — tiny considering the ambition involved. Trying to remake the physical world with that is going to be a problem, even if investors include Cameron and Tyler Winklevoss.

Even with more money, efforts to create autonomous or tech-led cities have met resistance.

Larry Page, co-founder of Google, once talked about the merits of setting aside land somewhere in the world for experimentation. But Google’s efforts to work with officials on an urban redevelopment project have so far failed. In late 2017, Sidewalk Labs, a subsidiary of Google’s parent company Alphabet, announced a scheme in Toronto to build a city for the internet age. Residents were immediately worried about the potential wide-ranging use of sensors. In May 2020, the project was shut down.

Wind back a decade and tech investors were backing an even more ambitious plan to create independent, self-governed, floating cities. In 2008, the Seasteading Institute was co-founded by Patri Friedman, grandson of economist Milton Friedman, and supported by tech superstar Peter Thiel. But its plan to build a community off the coast of Tahiti led to demonstrations from locals and was abandoned. Friedman later set up Pronomos Capital to invest in new city start-ups. Praxis is one of its investments.

The city Praxis dreams of does not exist. Perhaps it never will. But the interest it has sparked suggests that tech’s focus on building virtual worlds is not enough. Even digital nomads want to be together in real life.

Can cancer blood tests live up to promise of saving lives?