A year of shuttered offices, cancelled weddings and working days spent lounging in tracksuit bottoms led to predictions the suit had finally been killed off.

But as socialising returns, fashionistas are predicting a ‘Roaring Twenties’ of dressy styles, popping colours and lavish spending.

And the trend is not just isolated to high-fashion brands. The usually austere world of traditional tailoring is also reporting huge demand for flamboyant styles. 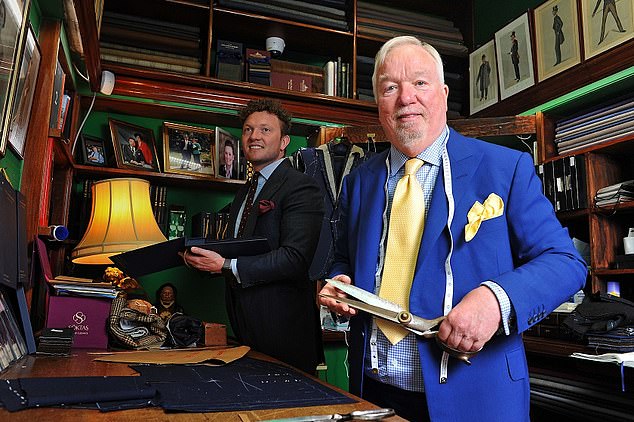 Some in the small world of bespoke suit-making, who are reliant on wealthy clients from the US or Middle East, were rocked by the closure of international travel.

Others have benefited from a stash of lockdown savings, and customers’ willingness to splash out to treat themselves after a gruelling year.

But all agree that the reopening of the High Street has sparked a boom.

Customers have flooded back in preparation for warmer weather, a summer of events and a year-long backlog of weddings, leading some tailors to report record sales.

‘Of course I expect there to be Roaring Twenties styles,’ said Eddie Rowland, 72, who has owned a small shop called Redwood & Feller in Pimlico, London, since 1974 and made suits for billionaire businessmen, ‘a few’ James Bonds, six prime ministers and one premier’s partner – Denis Thatcher.

‘I’ve been very busy. It’s probably the best financial year I’ve ever had,’ he said. ‘I’ve got so many people who want to order suits, I’ve got a waiting list.

‘I don’t have to take an order for seven or eight months. I think people thought that it’s all going to be over eventually.’

He said summer blazers and ‘sharp colours’ were making a comeback, with some customers even looking for Gatsby-style suits: ‘Gabardine suits look amazing. Or there’s pink jackets for the summer. Because it’s been such an austere year, people want colour.’ 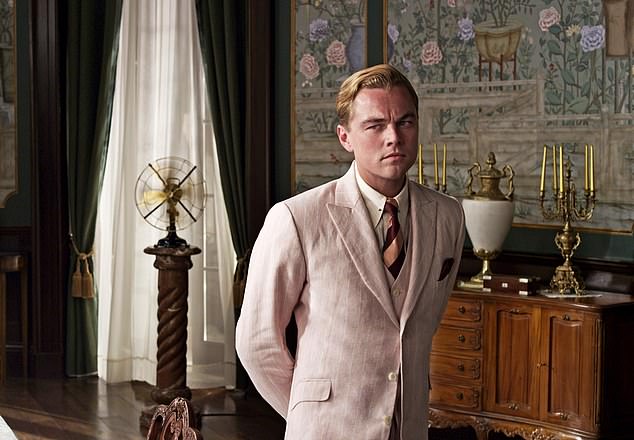 For the ladies it’s Chanel costumes in silk. ‘They’re extremely popular’, he added.

But even Rowland, who started out making suits for rock stars in the 1960s near Oxford Street, has been forced to move with the times, enlisting his son Elliott, 33, to post social media videos to keep customers engaged when they could not make it into the shop.

He also travelled out of London, when restrictions allowed, to measure up clients at their homes in the countryside, helping to keep his order book buoyant.

James Sleater, the owner of Cad & The Dandy, also received a boost after lockdown, with 55 customers walking through his doors on the first Saturday after reopening.

‘We had our best-ever April this year,’ he said. ‘That’s a reflection of there being a hell of a lot of pent-up demand, and weddings cancelled that are going ahead this year.’

His business, which employs 175 tailors, was kept busy in lockdown by a flood of orders from Hollywood studios, looking to add the aura of British craftsmanship to their sets.

It took orders for three blockbusters last year, and three more in 2021, which each added between 100 and 200 suits to their order books. ‘We’re much more protected than the others have been,’ he added.

Sky-high Mayfair rents and rates and a dwindling UK market for expensive suits, which typically sell for between £2,000 and £3,000, had forced tailors to develop an international clientele.

International travel to showcase designs at trunk shows or measure up high-paying clients were part and parcel of the job, meaning the closure of the skies has been brutal for business.

Even as British customers, which typically make up a quarter of a London tailor’s clientele, start to place orders again, the international market is slow.

Kathryn Sargent, Savile Row’s first female master tailor, said that her orders are still only around half of 2019 levels. 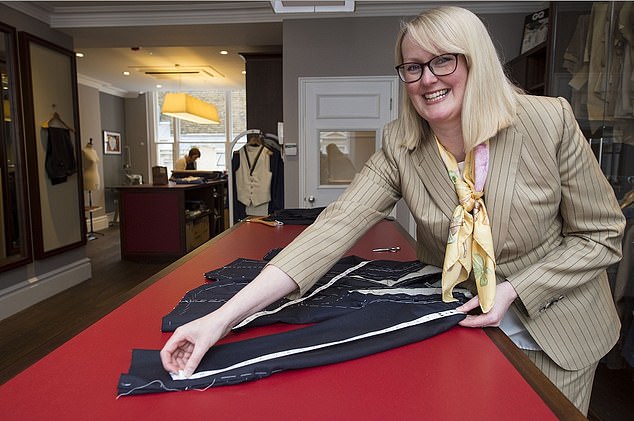 She said: ‘We’re still going, and it’s starting to bubble up. Spring is a good time for new orders.’ She moved quickly to set up consultations, and even fittings, over video calls, and she has maintained her relationships with clients via newsletter and personal calls.

Now that events are back, clients are in the ‘mindset of wanting to make an effort’.

She added: ‘It’s going back to the hairdresser, getting their nails done, dressing up and wearing nice things.’ Meyer & Mortimer was forced to move from its West End premises after 100 years, when closures pitted it against unrelenting landlords.

Its owner, Paul Mundy, said that the West End has ‘really suffered’ from the closure of offices and it’s been ‘a bit of a disaster financially’.

But like so many businesses who have taken extreme measures to survive the pandemic the future is now looking brighter.

He added: ‘There’s been a flood back of the customers. People haven’t spent any money for a year, so there’s a bit of spare cash for a summer suit and we’ve had a run on outfits for weddings.

‘Our clients are fairly conservative, but they are now getting a bit more experimental. I think people are ready to dress up.’