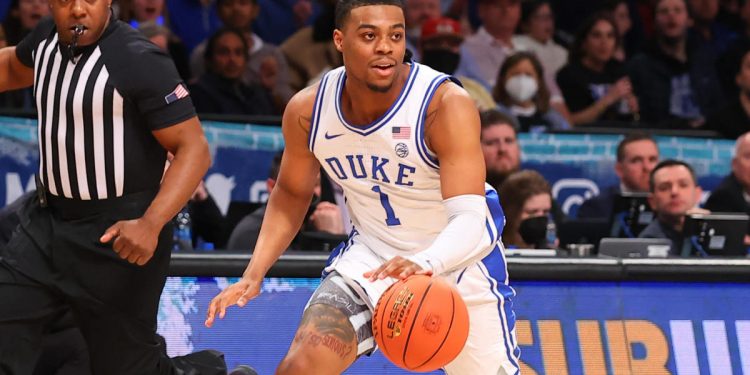 With the NBA Draft Combine behind us and the June 1 withdrawal deadline for early entrants looming, some college basketball players are mulling tough decisions about whether to stay in the draft or return to school. A few notable names have already made their call, with Louisiana Tech big man Kenneth Lofton Jr. staying in the draft and other college stars such as Indiana’s Trayce Jackson-Davis returning to school.

Dozens more are taking their time, processing all the information they’ve received from NBA executives and trying to make the right decision. For players who stay in the draft but aren’t regarded as lottery picks, there is some risk involved, because those who slip to the second round are not assured to receive guaranteed contracts. Those who are not drafted at all will end up having to slog it out in hopes of earning two-way contracts as undrafted free agents with the possibility of ending up in the G League or overseas.

Given that many players now have opportunities to make money while playing college basketball, returning to school can be increasingly more attractive than a life on the fringes of pro basketball. However, some are simply ready to begin the next chapter of their lives and are willing to leave some collegiate eligibility on the table to capitalize on their youth and start their professional careers.

So as the June 1 withdrawal deadline approaches, who would benefit the most from withdrawing from the draft and returning for another college season? Our writers make their picks for this week’s dribble handoff.

Timme is the obvious answer because I genuinely believe he can have more fun and make more money in college next season than he would have or make playing professional basketball once you consider the most likely scenario has him playing professionally somewhere other than the NBA. The G League is great for guys without better options. But Timme clearly has a better option — specifically to return to Gonzaga as a First Team All-American for a top-five team and make significant money via NIL opportunities. How much money could Timme make? Not sure. But if Nijel Pack is worth $400,000 to somebody, Drew Timme should get at least three times as much while playing every game on national television and in packed arenas while trying to become a forever-legend as the player who leads the Zags to their first national championship in school history. As I always say about this stuff, ultimately it’s up to Timme, and I’ll respect any decision he makes because it’s his life to live. But, that said, if I were him, I’m pretty sure this would be an easy decision for me for all of the reasons previously stated. — Gary Parrish

He’s getting close. I don’t think he’s a viable top-40 NBA pick yet, but the 6-10 Williams is growing out his game and could play himself into a first rounder if he decides to come back and play his junior season with the Razorbacks. Arkansas will have a case as a preseason top-five team if Williams is on the roster. That would double in impact, as it would be the most highly anticipated season of Hog hoops since the 1990s. Williams closed strong, averaging 14.3 points and 11.8 rebounds in Arkansas’ four NCAA Tournament games. He shot 24% from 3 last season; he could reasonably bring that up to north of 30% and juice his stock in the process. Of all the players who are vacillating on what to do, Williams feels about as close to 50/50 right now as there is. He could have the best of all of it if he comes back, though: Arkansas wouldn’t need him to be THE guy every night, but there would be nights when that would happen. He could spearhead a top-shelf SEC team and Final Four contender, and he would almost certainly bump his stats up from last season’s averages of 10.9 points, 9.8 rebounds and 1.1 blocks. An All-American campaign is possible. — Matt Norlander

This feels like one of the truly tough stay-or-go decisions in this cycle and reminds me a bit of past decisions like from Isaiah Joe in 2020, Johnny Juzang in 2021 and EJ Liddell in 2021. There’s not a clearly obvious and right answer here. If Keels isn’t a first-rounder, he’ll be top of the 30s and likely walking into a guaranteed contract. That’s very appealing. That’s also just in the range where I think you have to at least consider coming back to school.

Liddell’s path may be one Keels can walk — he ultimately returned to college, transformed his body and worked his way into becoming a likely top-20 pick after projecting as a late first or early second rounder — but there’s no guarantee here he’d improve his stock with another season (even if I think that’s likely the best option). Juzang’s path, for instance, is a different but similar decision from a year ago that may serve as a cautionary tale. He may have been a late first or early second round pick a year ago and is almost certainly in the early-to-mid second round range this time around. His stock didn’t dip, necessarily, but another year in college didn’t improve his stock. In retrospect, he may have been better served riding the high of his red-hot Final Four run to the NBA.

With Keels, my sense is that he is more likely to leave school than not. But my read on his draft prospects is that he’d benefit more by another year in college and potentially reap significant financial benefits in doing so, presuming good health. He’s still only 18 years old, could spend one more season at Duke in a more prominent role, and in doing so could really showcase — consistently — what he can do at the college level while proving to NBA teams his real value. I’m certainly in no position to tell an 18-year-old what he should do, particularly with so much money at stake, but in a blueblood program like Duke he would be positioned well to supplement any lost income from postponing his NBA career with lucrative money on NIL deals, one would think. There’s probably no right decision, but he stands to gain more in returning to school than in staying in the draft. — Kyle Boone

Kris Murray doesn’t need to look far in order to find the blueprint for how withdrawing from the draft and returning to Iowa for another season could benefit him in the long run. All he has to do is check out the mock drafts that have his brother, Keegan, as a lock to be selected in the lottery after his breakout sophomore season. The identical twins are not identical players, but they are similar enough that it’s easy to see parallels in how they will translate to the next level.

As a versatile 6-8 forward, Kris would have the opportunity next season to take a major step much in the same way that Keegan did while leading the Big Ten in scoring last season. He’s already shown enough ability as a versatile defender and outside shooting threat to be a likely draft pick if he stays in. But if he comes back and gets 35 games under his belt as a primary option for the Hawkeyes, he could become a lottery pick as well. — David Cobb