A 35-year-old man in the US watched his penis turn black and start to rot after injecting it with cocaine.

The patient, who has not been named, showed up at hospital with ‘excruciating’ pain three days after the injection.

Doctors at BronxCare Hospital, New York, found the skin on his penis had died, turned black and was releasing a ‘foul-smelling’ discharge.

The skin around his scrotum was also beginning to rot and peel away from the base of his penis.

The patient admitted injecting cocaine into the dorsal vein which runs along the top of the shaft, although he did not say why.

He was put on a drip for antibiotics for five days which saw his condition ‘slowly’ improve. Doctors then gave him a ten-day course of antibiotic pills upon discharge.

They said the patients ‘refused’ to go to rehab for his drug abuse and was later ‘lost to follow-up’. It is not clear if he made a full recovery. 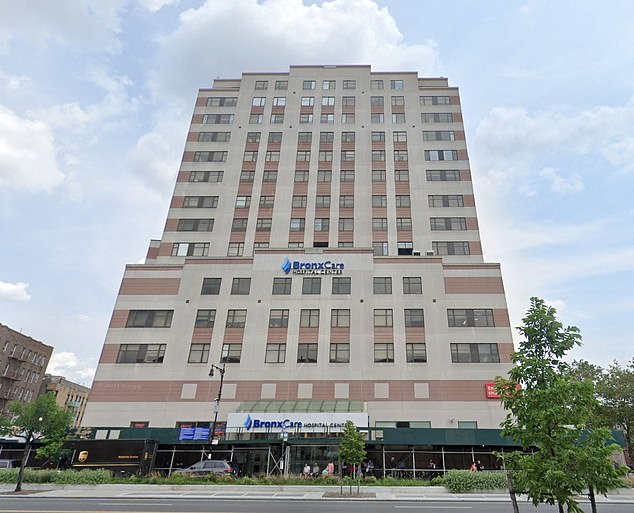 The tale was revealed in the  American Journal of Case Reports.

Powdered cocaine is most commonly snorted through the nose or smoked as crack cocaine, which is the rock form of the drug.

In more extreme cases the highly addictive drug can also be mixed with water and injected into the body, with users saying it gives an almost instantaneous high.

Injecting cocaine is more likely among regular cocaine users, because their bodies have already built up a higher level of tolerance against the drug.

Doctors who treated the Hispanic patient said: ‘Our case highlights the importance of taking a thorough history from intravenous drug users, as they are at risk of injecting drugs into unusual sites.

‘It is very important for the physician to counsel active intra-venous drug users regarding possible complications of injecting drugs into unusual sites.’

Upon admission the patient said he had injected cocaine into his penis twice over the previous fortnight without issue.

His treatment also involved care for the wound, although this was not detailed.

Doctors did not address how injecting the drug damaged his penis, but it may be because he used a contaminated needle or left a puncture wound — possibly triggering an infection.

In Britain cocaine is illegal and labelled a Class A drug. About four per cent of adults take it every year.

Being found in possession of the drug leads to up to seven years in prison, while being involved in its supply or production could result in a life-time sentence.

Cocaine is also illegal in the US but listed as a Schedule II, for drugs that have been approved for medical use but still pose a high risk of abuse.

This is below Schedule I, which is reserved for the most dangerous substances with a high risk of abuse and no recognised medical use.

Possession of it in the US can lead to up to ten years in prison, while being found to produce or supply it can also trigger at least a decade behind bars.

Oregon is the only US state to have decriminalised possession of the drug, arguing those found with it should instead be offered rehabilitation.

Man, 49, who shoved AA battery down his penis and left it there for 24 HOURS was left unable to urinate properly 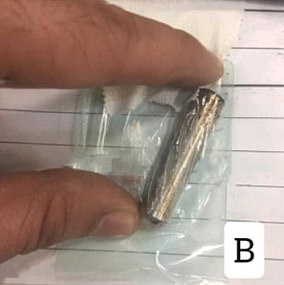 An Iranian man was left unable to urinate and in need of skin graft surgery after getting an AA battery lodged in his penis.

The 49-year-old patient, who has not been named, went to hospital in Tehran in April 2021, where he told doctors the object had been stuck for 24 hours.

Medics were able to prise the battery out without surgery and discharge the man on the same day — but he was forced to return months later in pain.

During his second hospital stint in September, he revealed he had been suffering a burning sensation when urinating and was unable to achieve a full stream of urine.

Scans revealed ‘severe and progressive’ scarring to his urethra, partially blocking the tube that carries urine and semen through the penis.

Doctors were unsure what exactly had caused the damage but it may have been due to toxic materials in the battery.

They also did not reveal how the device came to be inside his penis, but they suggested a number of possible reasons including sexual pleasure, contraception or a drunken accident.

The man had no history of mental illness, they added.

The tale was revealed in the medical journal Urology Case Reports by doctors from the Shahid Beheshti University in Tehran.