Druids swept aside as Brobbel crafts victory for New Saints 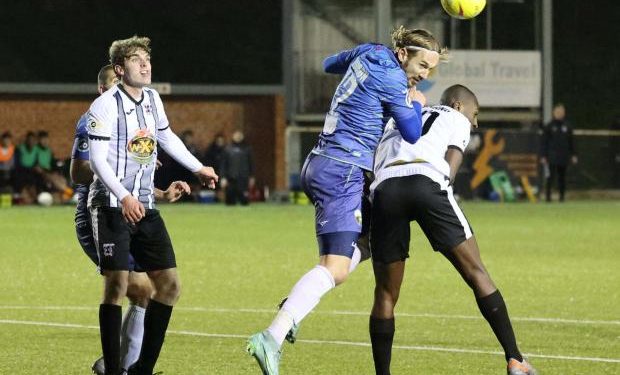 There were chances for both teams in the early stages of the match with Phil Mooney heading narrowly wide for the Druids in the seventh minute before Ben Clark forced a save from Mike Jones at the other end moments later.

Jones was also called upon to deny Ash Baker before Jordan Williams saw an effort ruled out for offside.

TNS goalkeeper Connor Roberts was forced into action to recover with a smart save after his mistake handed Liam Thomas a chance as Druids rued a rare missed chance.

The Saints led on 39 minutes after Declan McManus got on the end of Ryan Brobbel’s cross to steer a cushioned header past Jones.

However the Druids hit back almost immediately with Ioan Evans’ inswinging corner evading all in a packed area to dip beyond Roberts.

TNS began the second-half on top with McManus heading against the crossbar as the Druids defended like lions.

However their resolve was broken with 20 minutes remaining with Williams slotting home from close range.

It was all over five minutes later with Blaine Hudson heading home Brobbel’s free-kick.

Man of the match Brobbel bagged a deserved goal five minutes from time with his 20 yard free-kick sailing beyond Jones to complete the scoring and extend their lead to 21 points at the top of the table.

Druids ended with 10 men with Charlie Edge earning his second caution late on.